Home » News » T20 Blast: Unidentified Spectator Threw an Empty Bottle Towards the Fielder to Stop Him From Taking a Match-Winning Catch – Watch

T20 Blast: Unidentified Spectator Threw an Empty Bottle Towards the Fielder to Stop Him From Taking a Match-Winning Catch – Watch 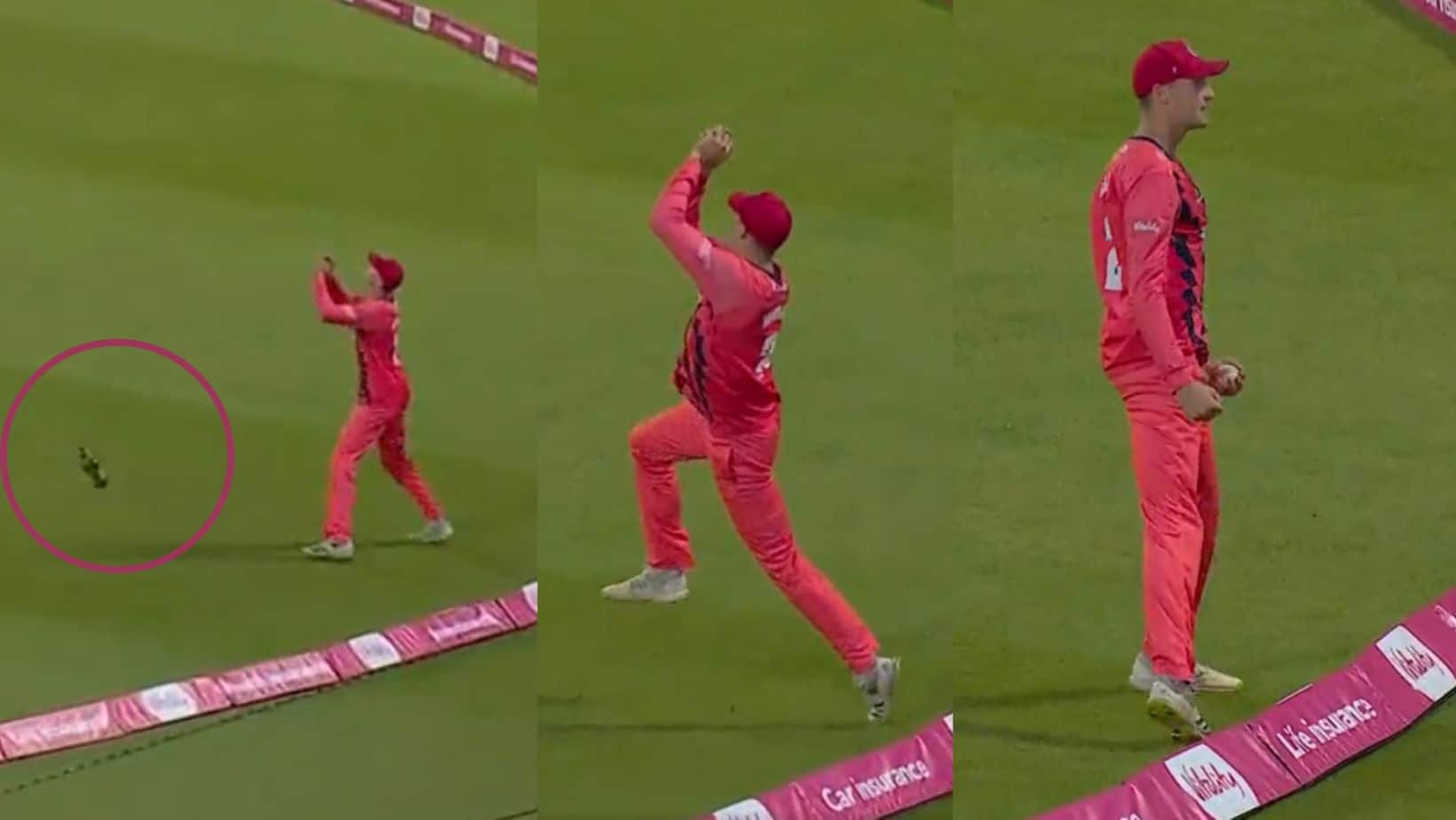 T20 Blast: The T20 cricket is one of the most popular formats among fans for various reasons. It gives thrill and excitement to the fans in a span of a few hours. The prime reason fans love this is that it comes with a lot of boundaries and nail-biting games. The players also love to be part of the action on the field. Thus, every game comes with a lot of surprises that engage spectators and cricket lovers to the maximum extent. Want to bet on cricket on the move? Discover India’s best-betting sites here on our site.

The Vitality T20 Blast is underway and it is giving everyone some amazing matches and a few incredible performances from the players. But a bizarre incident took place in a match between Lancashire and Yorkshire in the Vitality T20 Blast. One of the oldest English rivalries is always guaranteed to give you goosebumps. That is what happened when both teams met on Wednesday at Leeds.

T20 Blast: Spectator throws an empty bottle at a fielder at the boundary

Needing 17 runs in the last over, Dominic Drakes and Matthew Revis were at the crease, and Danny Lamb was with the ball in his hand. Apart from a close finish, a bizarre incident also took place in the match. Revis took two doubles on the first two balls of the over and followed it up with a six on the third ball. With 7 needed off 3 balls, the game was looking in favour of Yorkshire.

But Lamb came back well and gave away just two runs in the next two balls, including a wide to make the match more interesting. It all came down to the last ball of the match with the score needing five runs and Drakes at the crease. But the pacer held his nerve and bowled a wide yorker which was sliced by the left-hander and it looked like it would go over the boundary line over the point.

But Tom Hartley, who was fielding there, took a catch in the air just inches away from the boundary cushion. The non-striker Revis thought that the ball was going for a six and started celebrating. But it ended in a wicket for Drakes and Yorkshire lost that match by 4 runs. But one unidentified spectator was seen throwing an empty bottle toward the fielder in order to distract him from taking the catch. Free VIP betting tips and match guides from professional betting tipsters here on our site.

With this win, Lancashire maintained their winning form and are sitting at the top of the table with six wins. On the other hand, Yorkshire are in fourth place with three losses, three wins, and one no result.