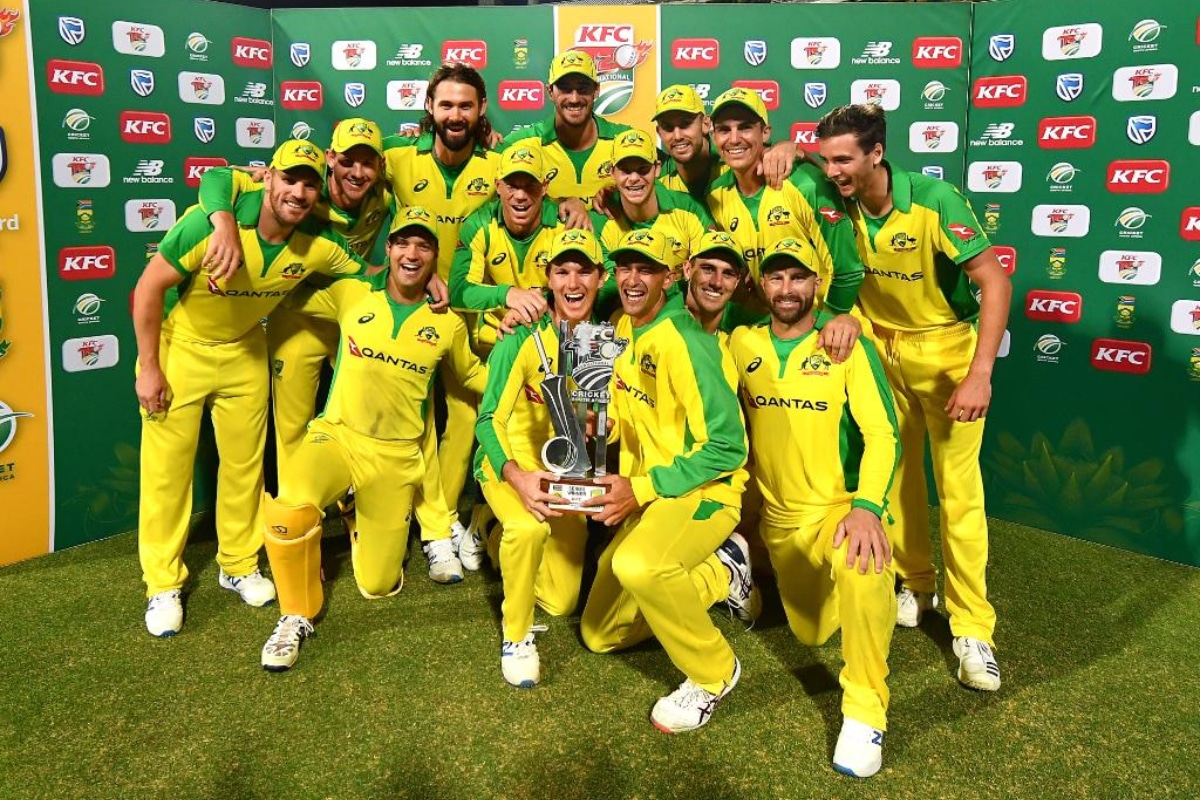 T20 World Cup 2022: Australia has named their 15-member squad to play in the ICC Men’s T20 World Cup which will take place in Australia later this year. Tim David, the 26-year-old hard-hitting batter from Singapore, has been selected to play in the marquee event as well. The same team, led by Aaron Finch, will tour India for a three-match T20I series and then return to play matches against England, and West Indies in preparation for the upcoming mega event as well. Looking for India’s best betting sites? Check out live cricket odds and bet on live cricket games with our amazing betting bonuses!

Notably, Australia won their maiden T20 World Cup in the UAE last year as well. Meanwhile, George Bailey, the head of selectors, has backed the new addition of David into the T20 World Cup squad, with the exclusion of right-arm spinner Mitch Swepson to give Finch another option with the bat as well.

“Tim (David) continues to establish himself with some quality performances in leagues around the world, earning a place in the squad. He is a highly gifted, natural ball striker who will add extra batting depth to the group which has had a lot of success in T20 cricket,” said Bailey. “We expect him to play a similar role to that he has been playing in the past few years.”

“Mitchell Swepson was unlucky to miss out based on conditions in the UAE at the last World Cup where we planned for tired, spinning wickets compared to what we would expect are good batting conditions along with the larger grounds in Australia,” he concluded.

However, the reigning champions will start their T20 World Cup campaign in Sydney on October 22 when they play against their trans-Tasman rivals New Zealand at the Sydney Cricket Ground (SCG).