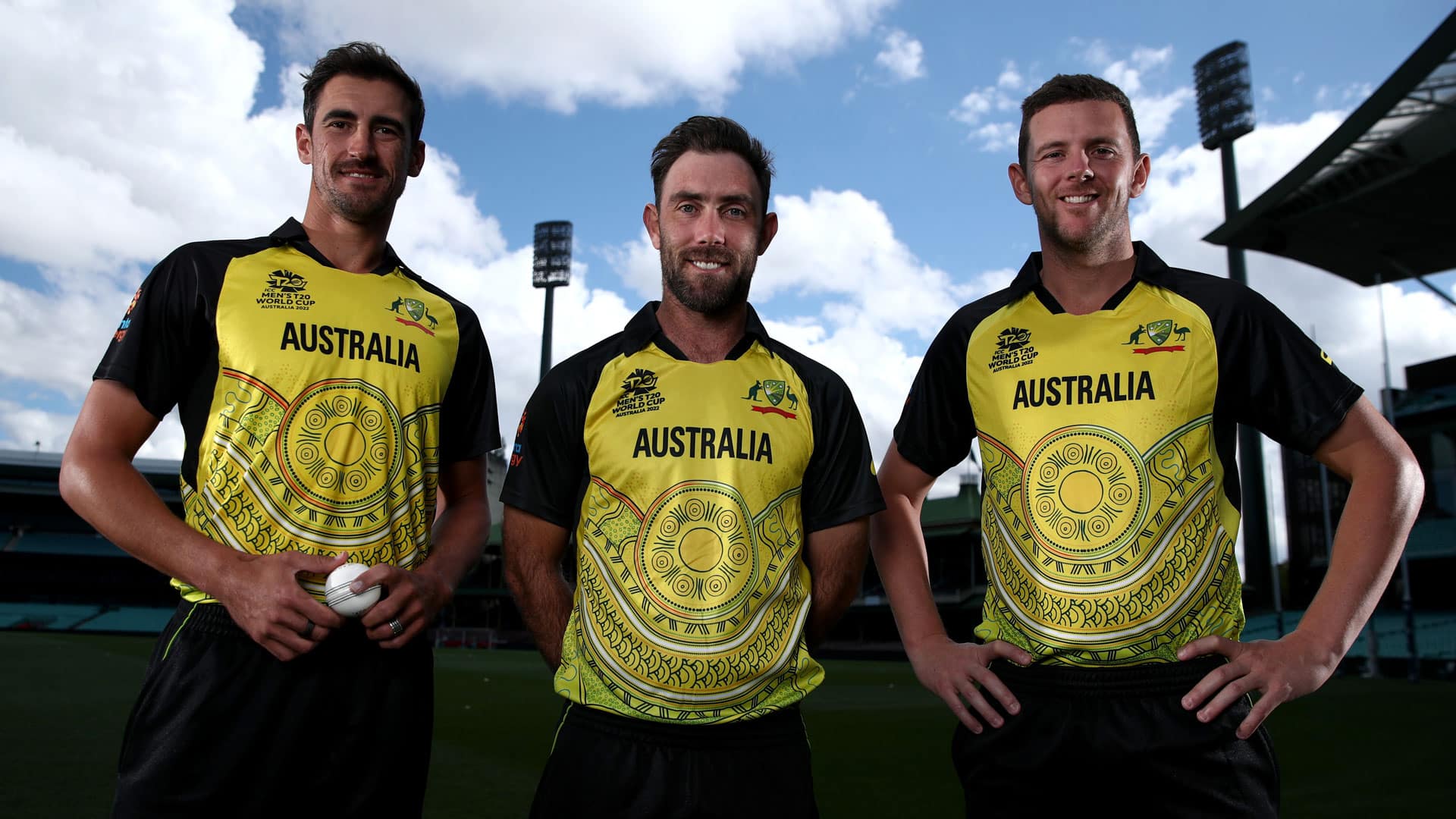 T20 World Cup 2022: The Australian men’s team has released its official kit for the upcoming mega event in October. Australia is the host nation of this tournament, and the competition will commence on October 16. On Wednesday, Cricket Australia unveiled the team kit on their official Twitter handle. There is an indigenous inspiration in their official kit for T20 World Cup 2022. Australia acknowledges Australia’s relation to First Nations people and culture. Looking for India’s best betting sites? Check out live cricket odds and bet on live cricket games with our amazing betting bonuses!

Team Australia will enter the tournament as the defending champions. After retiring from the ODI format, Aaron Finch will lead the Aussie side. It could be his last T20 outings as well after ODI. The defending champions will wear a kit with black sleeves and a gradient of green and gold on the playing top trunk. And as obvious, Australia has retained its traditional yellow color in the kit. And the black filling is on the shoulder side.

Aunty Fiona Clarke and Courtney Hagen are the designers of the uniform. They already have associated with the Aussie board for other indigenous designs that which team has used previously. It will be happening first when a team will wear an Indigenous-inspired uniform in a World Cup. For the Australian team not only in World Cup but also, they will wear First Nations designs in a major competition.

Along with the yellow prime color in the top, there will be black trousers and a black cap in the combination. It will have the colors of the Aboriginal and Torres Strait Islander Flags on the brim. For the long-sleeved wear, there will be gold and green artwork extended onto the sleeves of the top. The dominant theme of the Walkabout Wickets artwork is at the center on the front side of the shirt.

It was also there in the previous designs. Clarke, a Kirrae Whurrong woman and great great granddaughter of James ‘Mosquito’ Couzens are the iconic names in Australian cricket history. They played for the Aboriginal XI in the historic game at the MCG in 1866. They were part of the Aussie team who had played outside of Australia, is the artist of Walkabout Wickets.

It happened in 1868 when the Australian team traveled to England to play cricket. Earlier, Clarke designed the artwork for the 2016 Boxing Day Test. It was the celebration day for Australian cricket as it was the 150th anniversary of the 1866 game. After this, the authority placed the artwork on the collar of the Test kit. The theme of the connection is now at the center of the kit. It means to pay tribute to established, budding, and former First Nations cricketers. For more cricket betting odds and scheduled matches for the 2022 season, read here.