Home » News » T20 World Cup 2022: “It will be difficult to include both Bhuvneshwar Kumar and Deepak Chahar in the Indian team,” Brad Hogg said

T20 World Cup 2022: “It will be difficult to include both Bhuvneshwar Kumar and Deepak Chahar in the Indian team,” Brad Hogg said 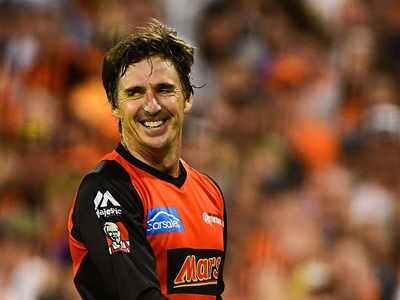 T20 World Cup 2022: Before making a large claim on the Indian team for the 2022 T20 World Cup in Australia, former Australian spinner Brad Hogg pointed out two major faults that he wants captain Rohit Sharma to solve. Brad Hogg believes that putting Bhuvneshwar Kumar and Deepak Chahar in the Indian team’s playing XI for the T20 World Cup this year will be difficult. Because of the depth of Indian pace bowling, Hogg believes these two bowlers will struggle to crack the playing XI. For more T20 cricket betting odds, read more here on our site.

Hogg made the remark after India won its third consecutive whitewash at home, defeating Sri Lanka by 3-0 in a T20I series. The former cricketer praised India’s bowling depth, particularly in the pace department, on his YouTube channel, admitting that they will struggle to fit senior bowler Bhuvneshwar Kumar and youngster Deepak Chahar into the World Cup playing XI. The team has been on a roll and is gearing up for the T20 World Cup, which will take place later this year.

“India’s pace attack depth in T20 cricket is exceptional. If I’m picking a team for the T20 WC for India, I’m going to find it hard to put Bhuvneshwar Kumar and Deepak Chahar in there with the way Siraj, Avesh Khan, and Harshal Patel have been bowling. They’ve got the best spin depth as well. Their batters after the top 2 are just exploding. Iyer, how good is he? Best selection in the IPL Auction.”

India has not lost a T20I match since November 2021. The run began during the T20 World Cup in the UAE, when they defeated Afghanistan, Scotland, and Namibia in the final three games on the group stage. The Men in Blue then went on to score whitewash victory against New Zealand in November, the West Indies in February, and Sri Lanka in March, giving them a 12-match winning streak in the format, equaling the world record previously held by Afghanistan and Romania.

With 12 victories, Afghanistan holds the record for the most consecutive T20I wins by a Test-playing team in international cricket. India has now won 12 games in a row, tying Afghanistan for the most in the world. India would surpass Afghanistan in this T20I record if they win their next match.

Get the latest online betting apps for IOS and Android here.