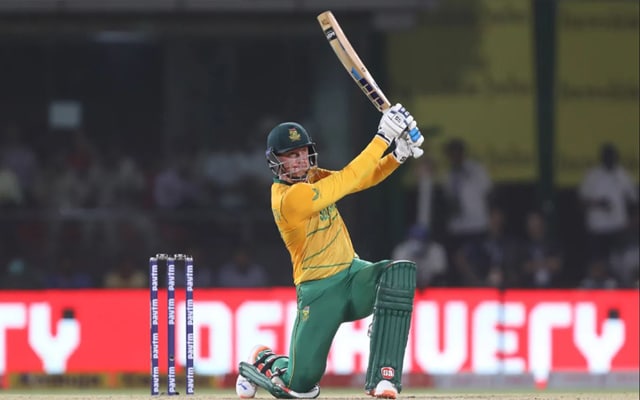 T20 World Cup 2022: The Asia Cup is going on and T20 World Cup is just a month away. With the deadline for announcing the squads just a few days away, we will get to know all the squads in a week or two. T20 World Cup 2022 will take place in Australia. England and Australia have already announced their teams with some surprise inclusions in Ben Stokes and Tim David. And now South Africa becomes the third team to announce their squad for the flight to Australia. Are you looking for legal betting sites in India on the go? If yes, read more here.

South Africa have been brilliant in the shortest format lately. They haven’t lost a T20I series against India since 2018. And recently they showed England what they are capable of doing. With a few injuries, each and every squad will suffer. Ravindra Jadeja is reported to be injured and might not play in the T20 World Cup. Jonny Bairstow of England is also recovering from an injury and will not feature in the upcoming T20 World Cup.

Temba Bavuma also got injured while playing in India and hasn’t played since then. But he will captain the team for the T20 World Cup 2022. South Africa’s young gun, Tristan Stubbs has already announced himself in the game against England scoring 72 off just 28 deliveries. The Proteas look dangerous ahead of the big tournament.

South Africa will tour India for the limited over series ahead of the T20 World Cup. This tour will give a lot of positives to the Proteas team. India is one of the best sides to play with, the proteas will take advantage ahead of the tournament.

You must be wondering where South Africa’s ace batter Rassie Van Der Dussen is. The injury ruled Rassie out of the T20 World Cup. Rilee Rossouw, who made his comeback to the T20I team after a gap of six years in July has also secured a place for himself in the team.

With a mix of youngsters and in-form players like David Miller and Henrich Klassen, the Proteas will be a tough team to compete with. No doubt they can destroy the hopes of good teams like India, Australia, England or Pakistan. If you want to see more cricket tips and match guides from our experts then head to the main betting tips page to help you find your best bet of the day.