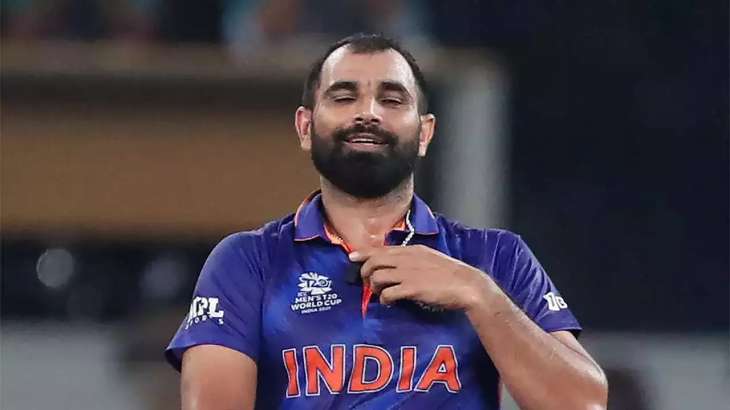 T20 World Cup: The first practice game of the T20 World Cup 2022 for India is underway. India is taking on the defending champions, Australia, at The Gabba, Brisbane. This game is the most important for Team India in order to find the right bowling combination. On the other hand, this match is also important for veteran pacer Mohammed Shami, who is making a comeback to the team.

Shami was named as a replacement for injured ace pacer Jasprit Bumrah, who suffered a back injury. However, the biggest hurdle for Shami was his fitness. The pacer returned to COVID positive last month and was in isolation at his home. Then, he went to the National Cricket Academy (NCA) in Bengaluru for his rehab program. He had to give a fitness test before making it to the team. However, he finally made it to the World Cup squad for India.

It was not that easy for the 32-year-old, with other pacers also doing well to grab that option. Mohammed Siraj came as another option, who did an excellent job in three ODIs against South Africa. However, the management trusted the experienced pacer and picked him as the replacement. On Monday, ahead of the first warm-up match against Australia, Shami was seen practicing hard at the nets. He was bowling to Virat Kohli and Dinesh Karthik to get into his rhythm. The 32-year-old also posted a video and tweeted about his return to the team.

The pacer underwent a fitness test at the NCA to prove his match fitness to show his worst for selection. However, the upcoming two practice games will be very vital for him to have some match practice under his belt. It is because the 32-year-old last represented India in T20 internationals at the last T20 World Cup in the UAE.

Since then, he hasn’t been part of India’s T20I plans. However, things have changed drastically, and India had to bring him back. Thus, it could be a career-changing moment for Shami and his place in the T20I setup. India will face Australia and New Zealand on October 17 and 19 at The Gabba, Brisbane. The Men in Blue will start their world cup on October 23 against Pakistan at the MCG.