T20 World Cup: Babar Azam Explains the Importance of Powerplay Overs Ahead of the Final 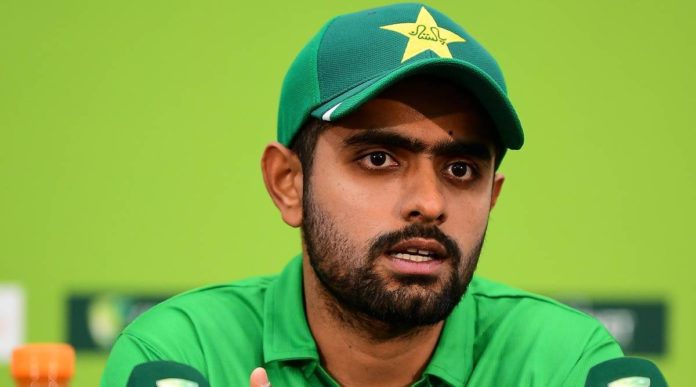 Pakistan are going to lock horns with England for an epic clash in the final of the ICC Men’s T20 World Cup 2022 at the Melbourne Cricket Ground (MCG) on Sunday, November 13. Ahead of the final match, Pakistan skipper Babar Azam emphasized on utilising the field restrictions in the powerplay as a team.

The mega event is nearing its conclusion, with the two best teams prepared to square off in a final clash. Both teams have reached the final on the back of a match-winning partnership from the openers. In the first semi-final, Babar Azam and Mohammad Rizwan helped Pakistan overcome New Zealand while Jos Buttler and Alex Hales’ onslaught crushed India. As far as bowling is concerned, Pakistan have an all-round bowling attack in comparison with the  England team. Babar reckons that maximising the powerplay would play a crucial role in the team’s success. He feels that in a format like T20, powerplay matters a lot to a team.

Pakistan to win the toss: Yes

“You have to utilise the powerplay, be it in bowling or in batting. In bowling, you try to execute your plans and try to take wickets early on and put the other team under pressure. And when you are batting, you try to set the tone so that it becomes easy for the incoming batters. Here (at the T20 World Cup in Australia), powerplay matters a lot,” Babar Azam said in a pre-match press conference.

The 2009 champions only scraped into the knockouts when the Netherlands unexpectedly defeated South Africa and Pakistan then beat Bangladesh to secure their second successive knockout berth. Notably, Pakistan have won all their games since the upset against Zimbabwe by 1 run. It’s been a roller coaster ride for Babar’s men in this year’s World Cup. Speaking about his team’s journey, Babar said that his players have fought like lions and the team will ride on the winning momentum to play the final.

“I think our players played like lions and we will continue that. We have the momentum and we will try to execute our plans in the final. In last four matches, the team and individuals have given good performances. We have been on a journey for last one year, we reached the semi-final last year, then Asia Cup final and now in the final (T20 World Cup 2022), so it is a dream of all players that we have to achieve it,” added Babar.