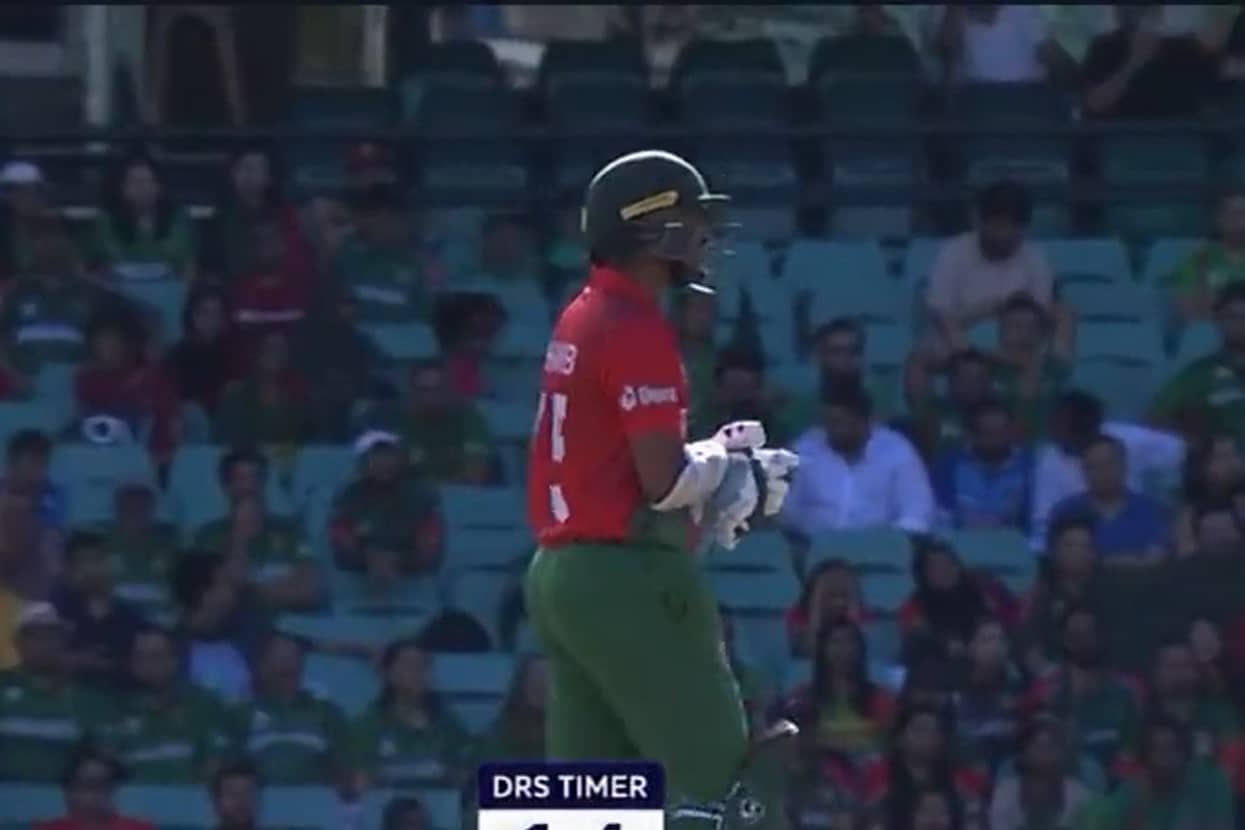 T20 World Cup: Early Sunday morning, Bangladesh and Pakistan were given new hope as the Netherlands shocked South Africa. The Proteas failed miserably at another ICC competition, eliminating them from contention for a spot in the playoffs. The outcome meant that India had already qualified for the round of four. Before playing Zimbabwe in their last group match.

Thus, the Bangladesh vs. Pakistan match at the Adelaide Oval was effectively a knockout. After winning the toss, Shakib Al Hasan decided to bat. And the opening pair of Litton Das and Najmul Hossain did so. Shanto got off to a good start, but Pakistan’s first success came when Shaheen Afridi sent back Litton. After that, Shanto and Soumya Sarkar worked together to put together a fifty-run stand that gave his team a strong starting point.

But everything drastically altered when Shadab Khan hit twice in two balls in the eleventh over. First, Soumya Sarkar got out while attempting to play a reverse sweep, and then Shakib Al Hasan was declared out after dancing down the track and missing the line of a flighted delivery. Shakib quickly reviewed the choice, and at first glance, it appeared that he had a significant advantage.

However, the video umpire determined that the bat’s force striking the ground caused the spike in the “Ultraedge.” He continued ball tracking and ultimately upheld the call made by the on-field umpire. Shakib, who was astonished and unhappy, lingered on the field for a considerable amount of time while attempting to communicate with the on-field umpires, who advised him to proceed back to the pavilion.

Before their close loss to India, Bangladesh had questioned the decisions taken by the on-field umpires. During the match against India, they had questioned the umpire’s decision to start the game as soon as the rain stopped and ignored Virat Kohli’s accusation of “false fielding.” Speaking of the game, Shadab took two wickets in the 11th over as the star spinner defeated Bangladesh captain Shakib (0) and Soumya Sarkar (20) in the low-scoring contest at the Adelaide Oval.

Bangladesh reached 127-8 in 20 overs thanks to Najmul Hossain Shanto’s 54 off 48 balls and Afif Hossain’s vital cameo. Shaheen Afridi of Pakistan was the best bowler, taking four wickets while giving up 22 runs. Star pacer Shaheen Shah Afridi was the best bowler, while spinner Shadab managed to grab two wickets and give up 30 runs in his four overs.

Afridi, the pace bowler, took four wickets and gave up 22 runs in four overs. In the low-scoring match at the Adelaide Oval, opener Najmul Hossain Shanto struck 54 off 48 balls.