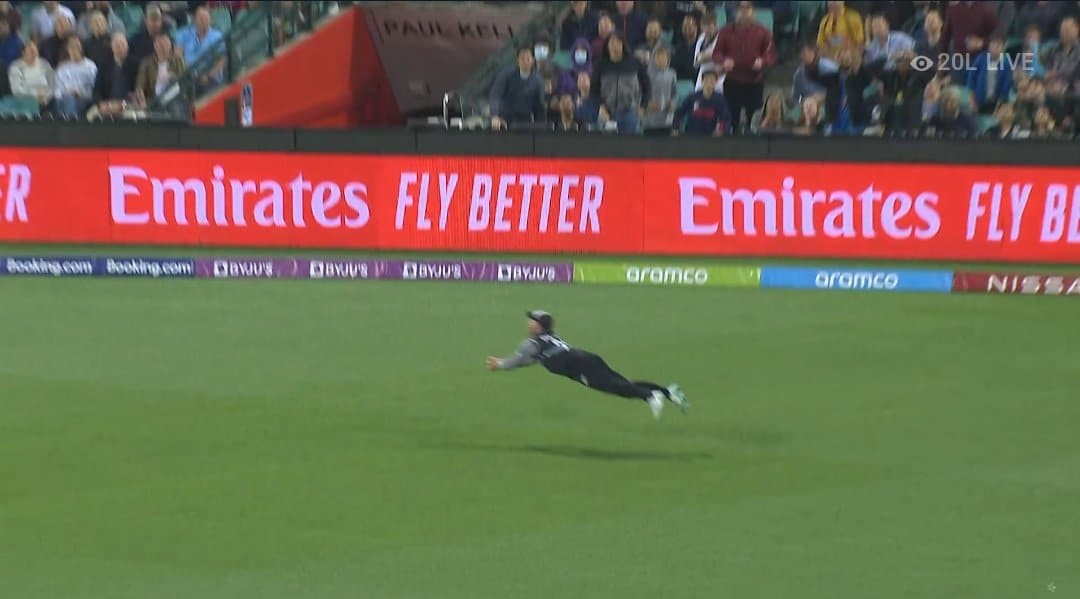 Big tournaments call for better than the best performances from all the players involved in the team. The T20 World Cup opener between Australia and New Zealand was the perfect example of what an intense game should be like. The current World Champions, Australia looked completely outclassed by the runner-ups. New Zealand was put to bat first and didn’t disappoint their fans.

Devon Conway and Finn Allen opened the innings for the kiwis. Allen turned into a beast while playing in the powerplay and batting with a strike rate of 262.50 and made 32 runs. Convey wasn’t done yet and stood not out till the end. The opener fell 8 runs short of the century but made sure his team reached a score of 200. Glenn Phillips might not have done much with the bat today but one cannot underestimate the power of great fielding, especially in the T20 format.

Aussies came back to play aiming towards chasing 201 runs target but this wasn’t their day. David Warner fell prey to Southee and Finch followed him soon giving his wicket to Santner. Mitchell Marsh and Marcus Stoinis tried to build a partnership but Marsh’s mistimed shot started to crumble the hope of Australia winning this T20 World Cup game. Maxwell came in and Stoinis too was trying to find the gap to hit some big runs but the joy was short-lived.

In the 9th over, Santner came to bowl and picked up the wicket of Stoinis. What made the wicket so special was the catch by Glenn Phillips. Stoinis wanted to hit the ball inside out for a drive. The ball was long in the air and Glenn sprinted across from the deep to take a stunning running catch. There was nothing more left in the game and eventually, New Zealand started off their T20 World Cup campaign with a win.

Australia lost by a huge margin of 89 runs as Tim Southee and Mitchell Santner took 3 wickets each. Big margin loss will have an impending impact on Australia’s net run rate. They will hope that they will win forthcoming games with comfort so that they don’t have to wait and calculate the NRR margin to qualify for the semis.