Home » News » T20 World Cup: “He Is Not Completely Out Of The Race”: Aakash Chopra On Shreyas Iyer’s Place

T20 World Cup: “He Is Not Completely Out Of The Race”: Aakash Chopra On Shreyas Iyer’s Place 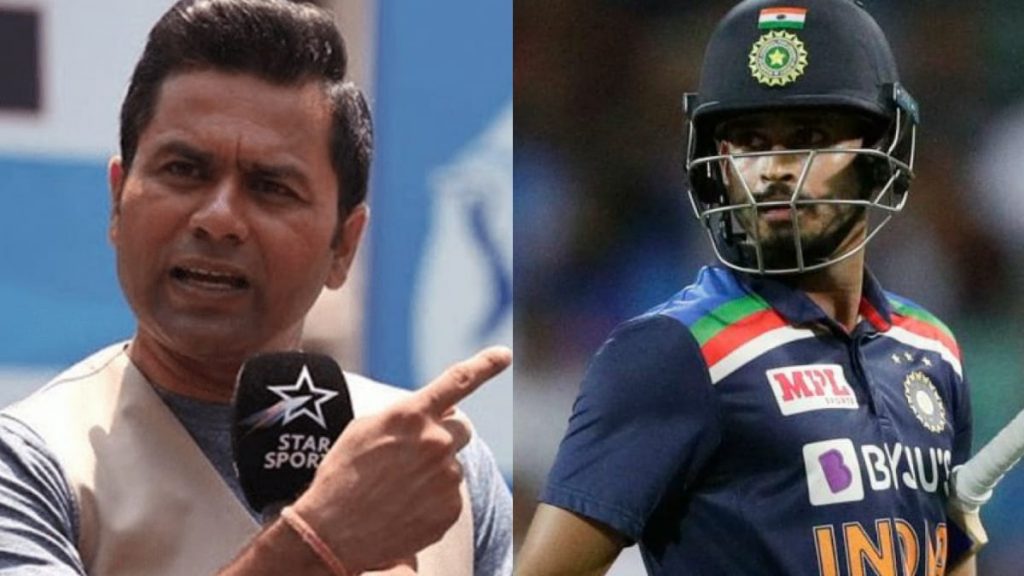 T20 World Cup: According to Aakash Chopra, Shreyas Iyer is still running for a position in India’s T20 World Cup roster. The 15-person Indian team for the forthcoming Asia Cup 2022, which begins on August 27 in the UAE, does not include Shreyas. He is one of the three reserves chosen for the competition, though. Discover more best sports betting sites in India that are top-rated in the market and it has an amazing live betting platform. Have fun at home!

Chopra discussed the middle-order batting alternatives for Team India for the 2022 T20 World Cup in a video posted on his YouTube channel. Regarding Shreyas, he had said the following.

T20 World Cup: “He Has a Strong Case”: Aakash Chopra

Chopra emphasized that despite the Kolkata Knight Riders captain’s slightly subpar IPL statistics and struggles against the short ball, he was chosen as one of the reserves. The former cricket player turned commentator added:

If none of India’s other specialist batters are ruled out of the T20 World Cup, Shreyas Iyer will have difficulty making the team. On bumpy Australian surfaces, the Mumbaikar’s weaknesses against short-pitched bowling can be further exploited by the opposition’s pacers. On the other hand, Suryakumar Yadav’s position in the Indian middle order, in the opinion of Aakash Chopra, is unquestionable. He concluded:

“Suryakumar Yadav has played 15 matches in which he has scored 491 runs at an average of 35 and a strike rate of 181. That’s it; the game is over-finished. There is no question about his name. He is not in the race, he is running first, and people are running behind him. Yadav played only eight matches in the IPL and was injured; he scored 303 runs at a strike rate of 146 and an average of 43. He scored 303 runs in eight matches, while Kohli scored 341 in 16. “

Chopra noted that he stood out in the few games the Mumbai Indians hitter played for the team in IPL 2022. Yadav has a stellar T20I cricket record for Team India. In 23 T20Is, the unorthodox batsman has scored 672 runs at an amazing average of 37.33 and an exceptional strike rate of 175.45.