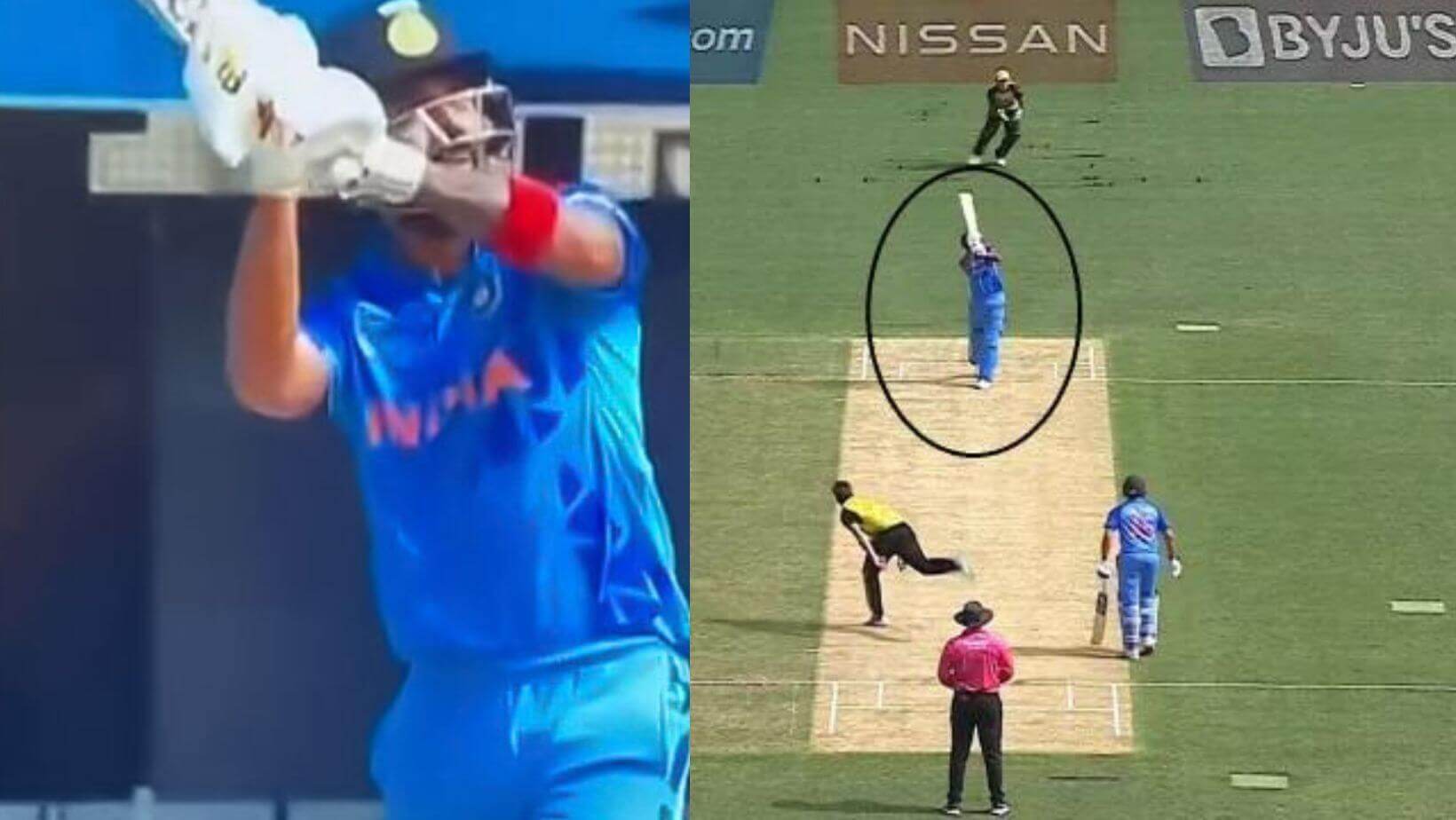 T20 World Cup: The practice match between India and Australia is underway at the Gabba, Brisbane. After winning the toss, the hosts put India to bat first. India had a flying start without any wickets in the power-play. India’s opener added 78 runs for the first wicket in just 7.3 overs. The Indian skipper, Rohit Sharma, was looking a bit rusty at the crease. However, vice-captain KL Rahul was in a totally different mood.

He reached his half-century off just 27 balls and made 57 off 33 balls, including six fours and three sixes. Rahul looked to be in great touch as he played to all parts of the ground. He came out all guns blazing and started attacking the Australian bowlers from the very first over. However, the shot of the match came in the fifth over of the first innings.

It was Australian ace pacer Pat Cummins who came out to bowl the 5th over. Cummins bowled a length delivery on the third ball of the over. Rahul, who was batting at 43 off 22 balls, saw the opportunity and cashed on it. He played a helicopter-flicked shot and the ball sailed over the leg-side boundary for six. Even the commentator called it the “shot of the match”. That shot resembled the signature shot of former Indian captain MS Dhoni.

Speaking of the match, India made 186/7 in their 20 overs. Rahul was the top scorer, while Suryakumar Yadav also played a really good inning and made his half-century. He scored 50 runs off 33 balls, with 6 fours and one maximum. Dinesh Karthik (20 off 14) and Virat Kohli (19 off 13) also played useful innings.

Chasing the target, Australia batted well initially but lost six wickets in the last two overs of the chase. As a result, Australia was all out for 180 runs, and India won by a thrilling 6 runs. And the star of the match was Mohammed Shami, who came out to bowl the 20th over when Australia needed 11 runs. And in the last four balls, Australia lost four consecutive wickets to lose the wicket.