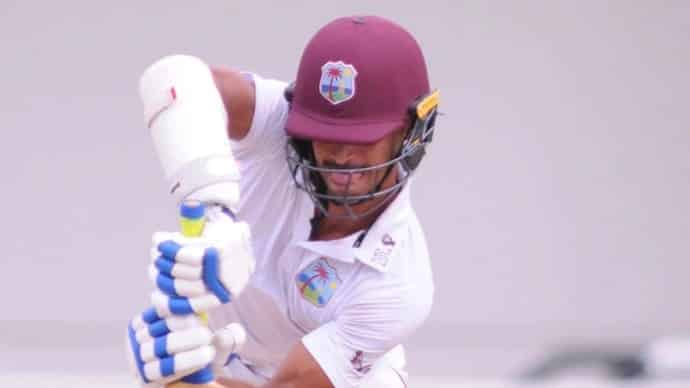 Tagenarine Chanderpaul made his debut for West Indies in the warm-up game against Prime Minister XI. Playing his very first test, the 26-year-old scored 119 runs from 293 balls having 11 fours and 1 six. The day/night game saw PM XI bat first and make 322 runs. At the end of day 1, West Indies were 234/7.

For the domestic game versus Bangladesh, Tagenarine Chanderpaul was chosen as a backup batsman; however, he will now likely bat with skipper Kraigg Brathwaite in the opening position. After a successful home season, Tagenarine has made it to the national team. In the four-day West Indies championship in 2021–2022, the left-hander scored the second-most runs. In eight innings, at an average of 73.16 runs, he scored 439 runs.

Tagenarine Chanderpaul can get an opportunity to play in Australia

The game will be a nice practice for the West Indies as they will soon play against Australia in Australia. This could be a big break for Tagenarine Chanderpaul. West Indies have been struggling to maintain their grip over the games in all formats and having a player who can score well will solve their issues. While Shivnarine Chanderpaul moved to Florida with his second wife, his son stayed in the West Indies.

Shivnarine Chanderpaul was earlier this month inducted into the hall of fame by ICC. When Chanderpaul announced his retirement in 2016, he finished with 20,988 international runs, 41 centuries, and 125 half-centuries across formats. “It’s an amazing honour to follow the footsteps of many legends and so many other great cricketers of the past. I’m grateful for the recognition and would like to enjoy the moment with family, friends, and most importantly the West Indies cricket fans and fans around the world who passionately supported me throughout my career,” he said.

While it is too early to state how the career will pan out for Tagenarine Chanderpaul, he has had a good start. Following the footsteps of his father, the batsman has a long way to go. The player has played 50 first-class games and 19 list-A games.