The All Time Greatest BBL Team 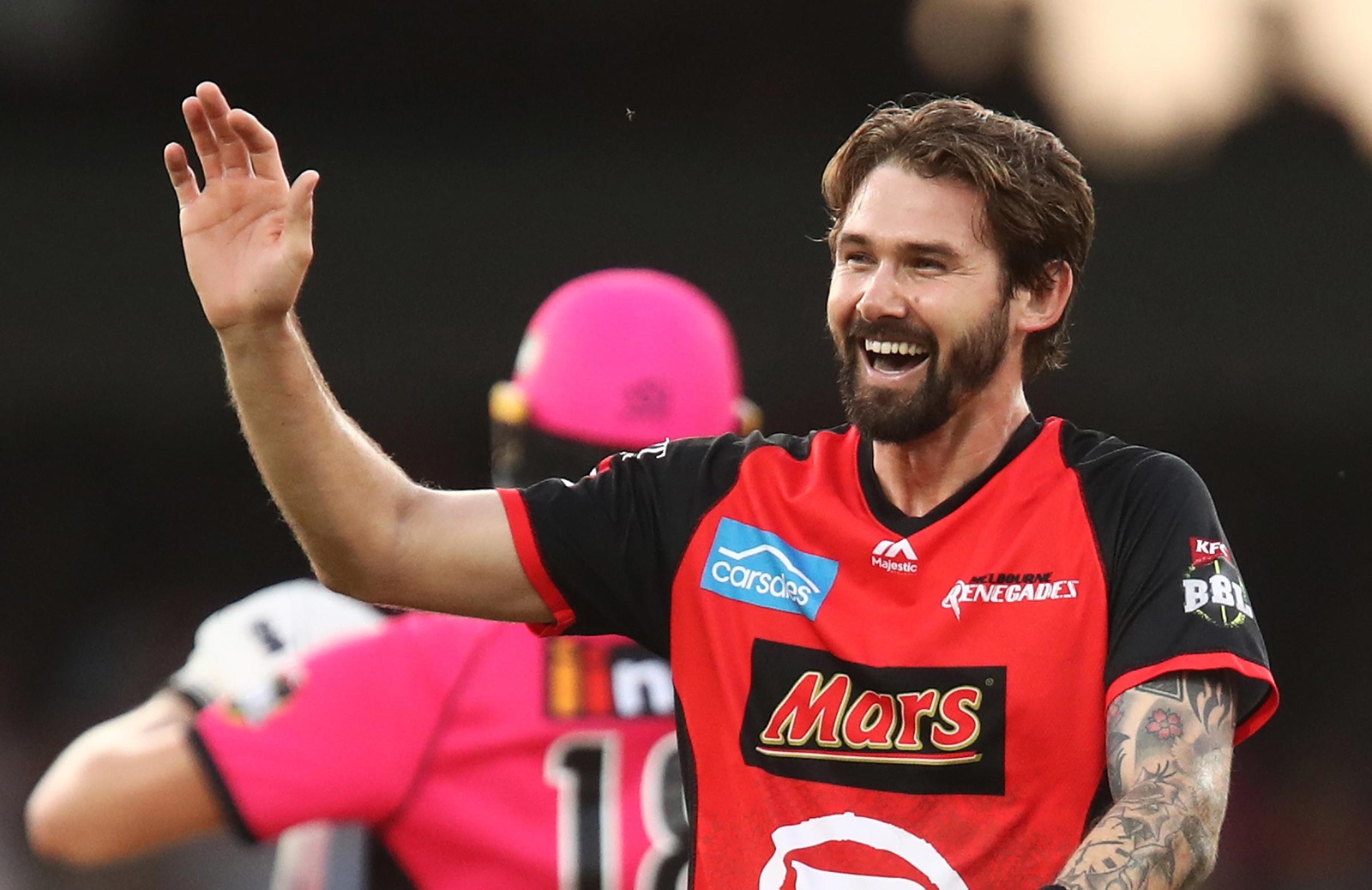 The Big Bash was one of the earliest T20 leagues that was introduced on the Global stage. Since its inception in 2011, the colorful competition has seen plenty of glamour and good cricket. The 11th season of the league is currently being played with the finals set to take place on the 28th of January. It has also been a beacon in introducing new and exciting concepts to cricket fans including the Bat Flip, Power Surge and X-Factor. It is still, however, centered around the cricket on display. Across the 11 seasons of the league, there have been some players who have proven themselves to be match winners time and again. Here’s today’s big bash league 2022 points table. 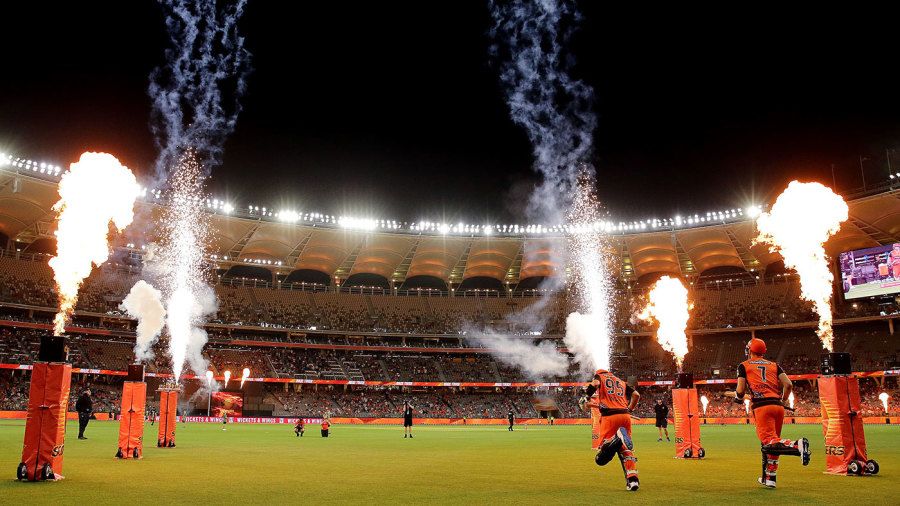 In this XI, we have only considered players that have performed consistently in the Big Bash. This means that players like AB de Villiers and Keiron Pollard do not make the XI as they have an incredibly small sample size. The team comprises of both star T20 players as well as those who have made a name for themselves in the BBL. This was not an easy task and there are several instances where it could have gone either way between players. After due consideration and research, here is my ideal BBL XI. 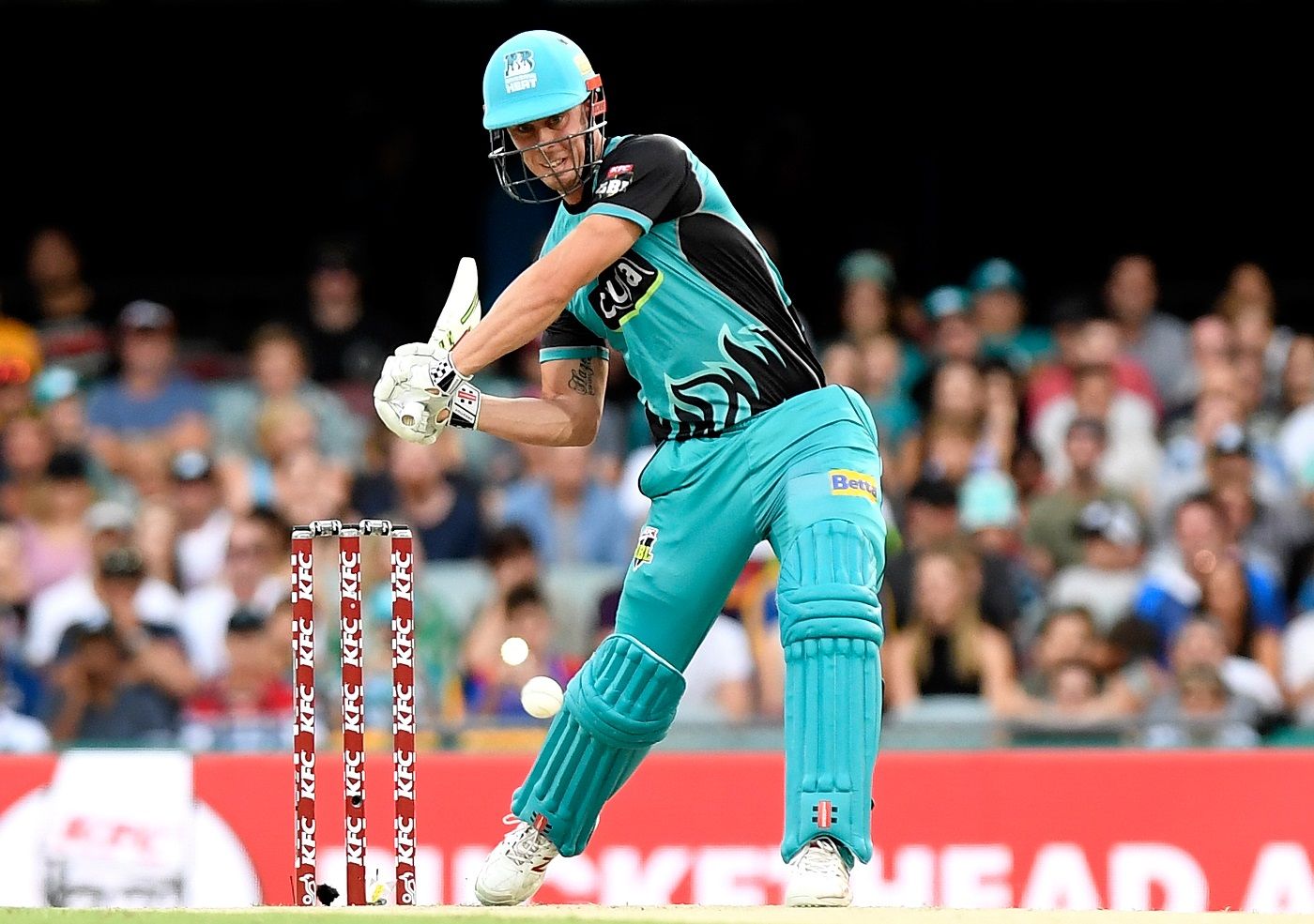 The first player in the playing XI should come as a surprise to no one. The 31- year old has been a mainstay of the league from its inaugural season and has undoubtedly become one of its most dangerous batsmen. With a strike rate north of 150, Lynn has the ability to strike fear into the hearts of those unlucky enough to bowl at him. His performances have landed him gigs at the IPL and the International stage. He currently holds the record for most runs and most sixes in the competition. Being a clean striker of the ball, there is no ground on Earth that can contain him when he is on song. He is more comfortable with pace on the ball which makes him the ideal opener for this team. 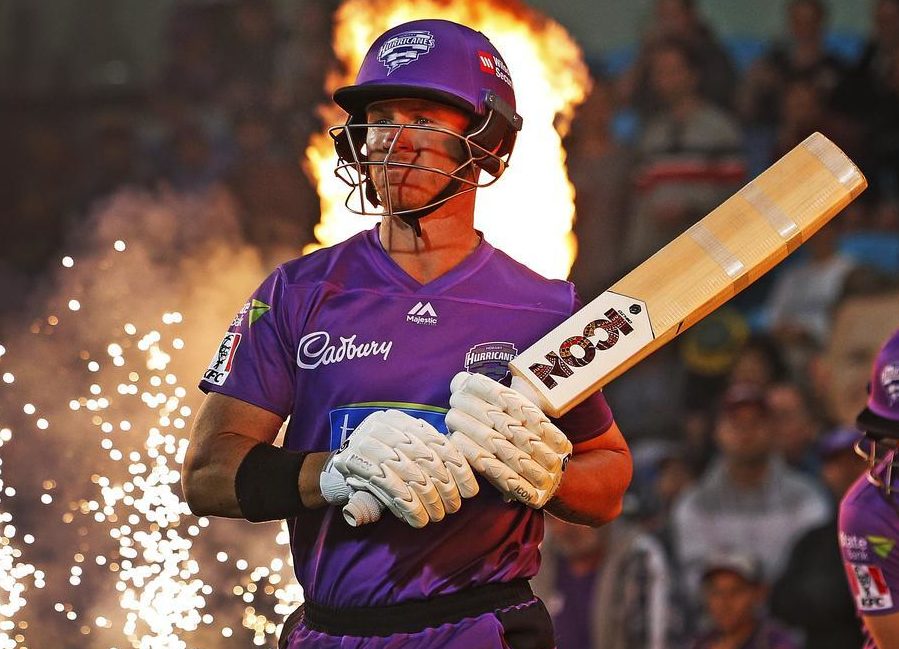 Partnering Lynn at the top is Hobart Hurricanes’ D’Arcy Short. He shot to fame in BBl07 where he scored 572 runs at an insane average of 57.2. Since then, he has made himself at home in the BBL and become a mainstay at the top of the order. The two hundreds to his name show that he is no stranger to batting throughout the innings. Being left handed means that he will provide the perfect foil to his opening partner. The thought of Short and Lynn teeing off is enough to capture anyone’s mind. On his day, he can single handedly destroy attacks with his fearsome striking against the new ball. In addition, his top-class fielding and handy leg-breaks make him an asset to any BBL XI.
Do check top sports betting apps here. 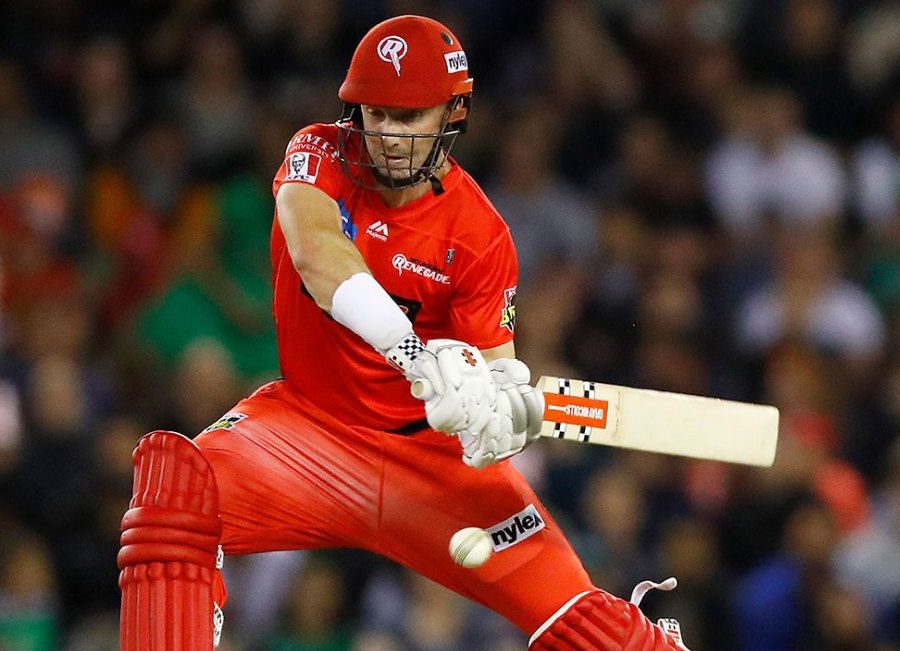 Shaun Marsh is one of the most underrated T20 players going around. Elder of the Marsh brothers, he is known for being a calm head on sturdy shoulders. His  wealth of experience after being in the circuit for over two decades cannot be played down. His nimble footwork against spin and his ability to maneuver the field means that he has the ability to consolidate in case of an early collapse. He also has the highest average for anyone with more than 1500 runs. He currently plays for the Melbourne Renegades after plying his trade for the Scorchers in the initial years. Though he may not be the most destructive batsman, he knows how to score runs when the odds are stacked against him. 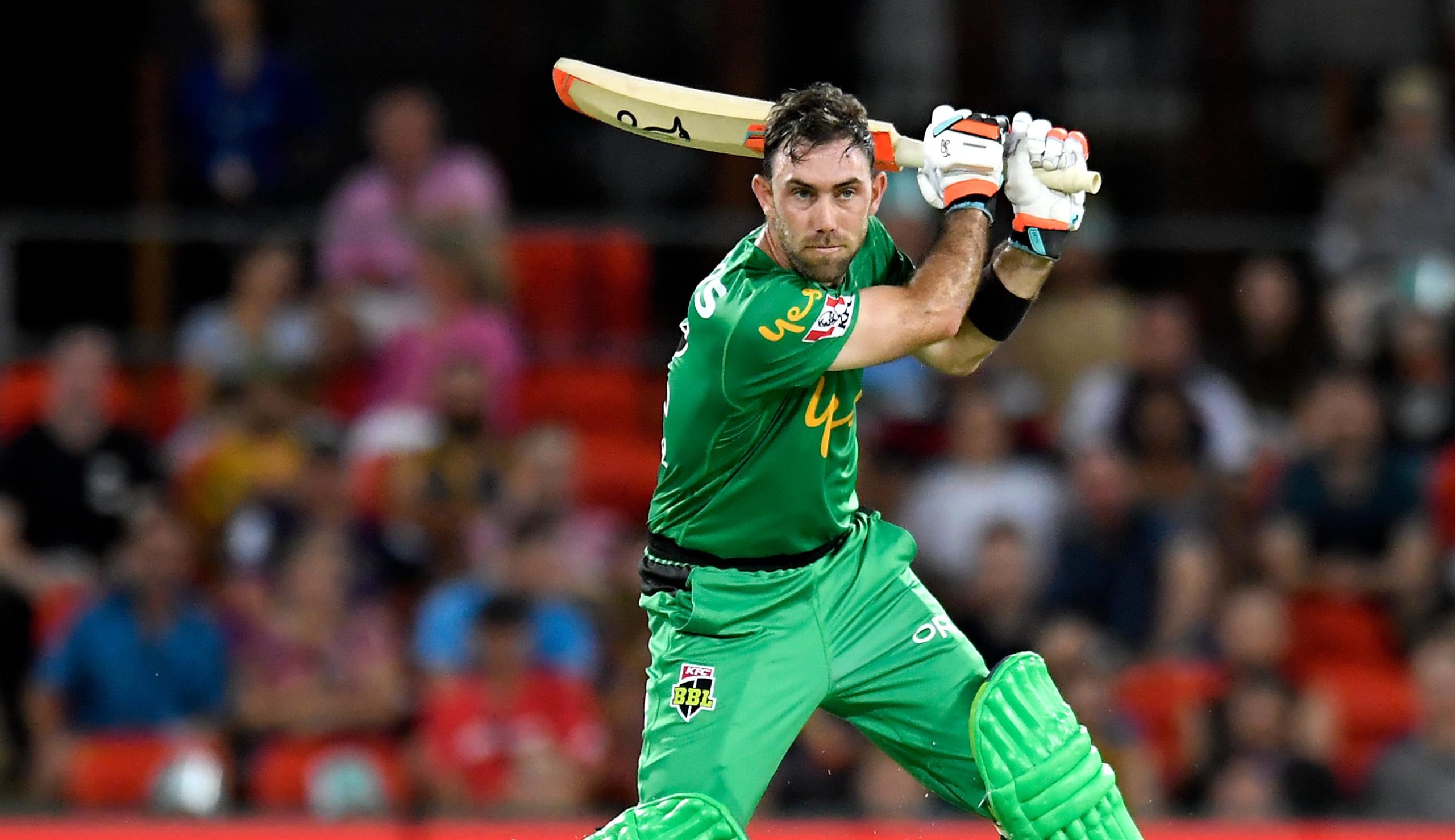 Glenn Maxwell, fondly known as ‘The Big Show’, needs no introduction. He has been terrifying bowlers around the Globe over the past decade and shows no signs of slowing down. He currently sits 4th on the list of all time leading run scorers in the BBL, which is ever more impressing considering that he bats down the order. In recent times, Maxi has developed into a reliable batsman who can play as per the situation. Also, he is arguably one of the best fielders who is worth 10-15 runs in the field. His bowling has developed to the point where he can consistently give his captain 2-3 overs. All considered, any T20 team would be lucky to have a Maxwell in their side. 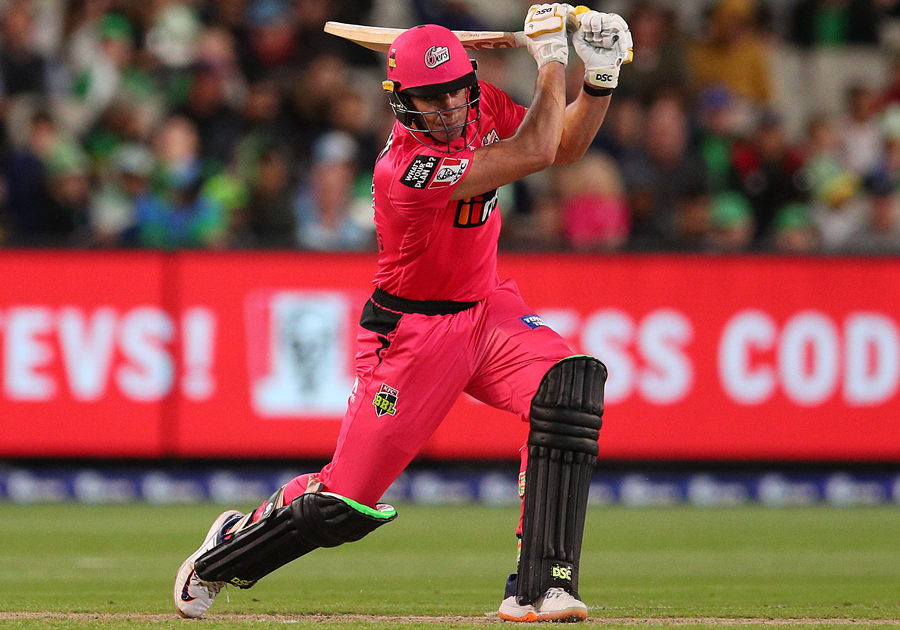 Portugal born Moises Henriques is the right man to lead this star-studded team. Under his leadership, the Sydney Sixers have dominated the league over the past two seasons and are looking to grab their third title on the trot. He has been described by his teammates as ‘super calm under pressure’, which is a prerequisite for any good captain. On a personal level, he is a solid bat who can switch gears with ease. Captaincy seems to have elevated his batting to another level and he is not afraid to bowl at any stage of the game. With Henriques at the helm, trust that this team is in good hands. 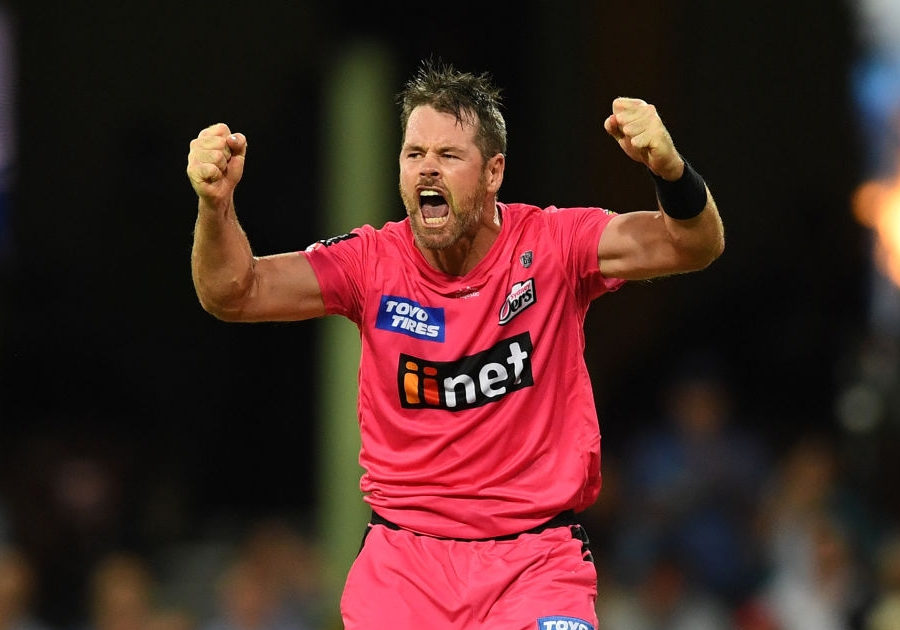 The most capped player in BBL history, Dan Christian walks into this side. He is amongst the top 15 run getters and wicket takers at the moment. The experience he brings from playing around the world means he is unfazed by the situation no matter how bleak it seems. He is potent against seam as well as spin and can clear any ground. Contrary to the norm, Christian has improved with age. The newly introduced Power surge rule has played into his hands and given him a new lease of life. He can take momentum away from the opposition with his big hits towards the fag end of the innings. With the ball, he is a clever operator who uses his variations to keep the batsman in check. 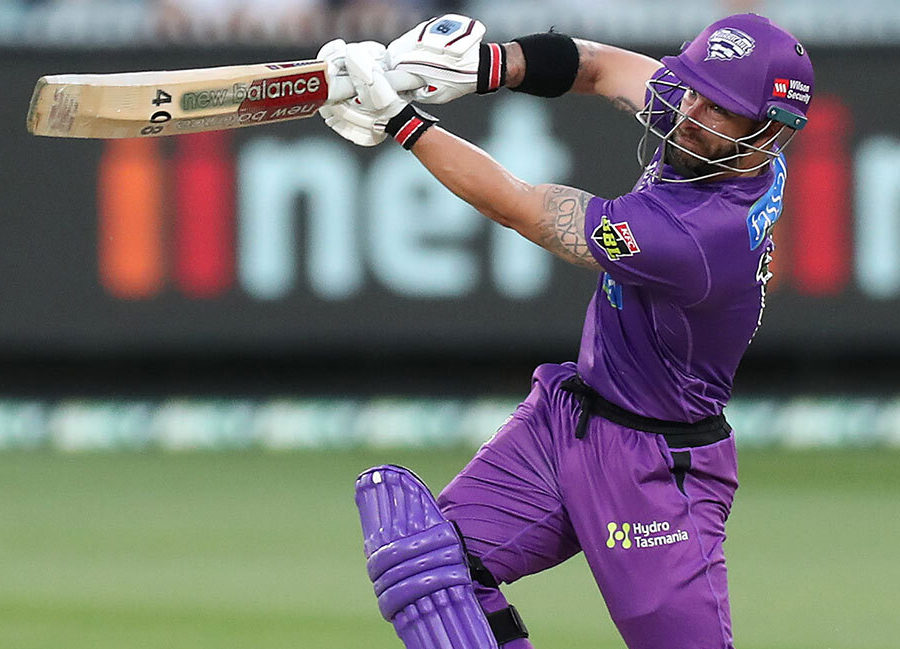 Though Wade has now moved to the top of the order, he spent much of his formative years batting lower down. He is a grizzled veteran and a complete team man. If there is anything the team requires, Wade is always the first to put his hand up. Ever reliable both in front of and behind the wicket, he can be used as a floater to suit the game situation. With the bat, he is destructive and inventive, using ramps and glides to his advantage. He is well suited to the role of finisher, considering that his strengths are against pace rather than spin bowling. His keeping has always been solid which further strengthens his selction in the side. 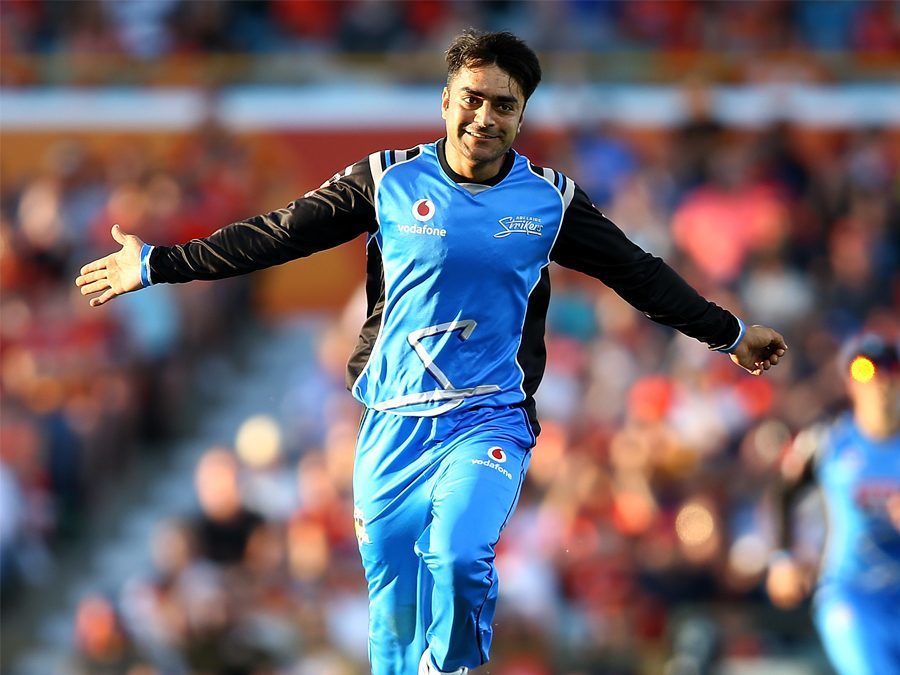 23  year old Afghan spinner Rashid Khan is the only overseas player in the team. Despite playing the least number of games on this list, he undoubtedly deserves a spot in the XI. Rashid’s impact goes well beyond what he does on the field. He draws eyes with everything he does which has quickly turned him into a fan favorite. His average and economy are the lowest for anyone who has played more than 40 games. Batsmen are constantly bamboozled by his googlies and he almost never gives the batsmen an inch. With the bat, he has the ability to score quick runs at the death as evidenced by his astonishing strike rate. 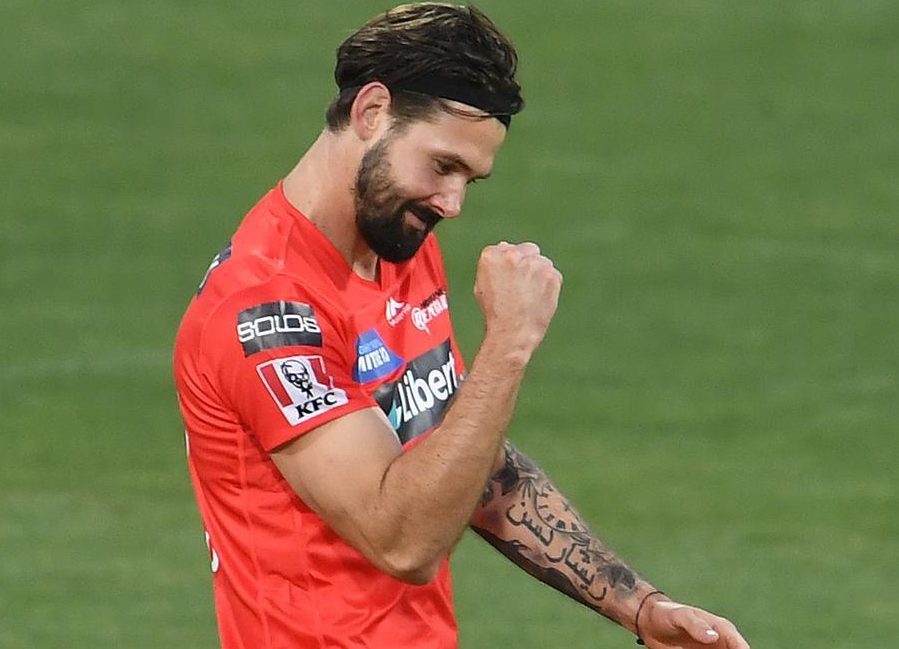 South Australia born Kane Richardson has developed into a vital cog in the Renegades’ bowling lineup. He is able to hit the hard lengths as well as nail yorkers at will. He has also developed slower balls including an impressive off-cutter which has proven to be quite effective. His best performances came during BBL08, where he finished as the highest wicket taker with 24 scalps. That showing regained him some faith in the mind of the national selectors which he has repaid ever since. Being the third highest wicket taker in the league so far, Richardson’s selection into the team requires no justification. Here’s expert betting tips and tricks. Read more here. 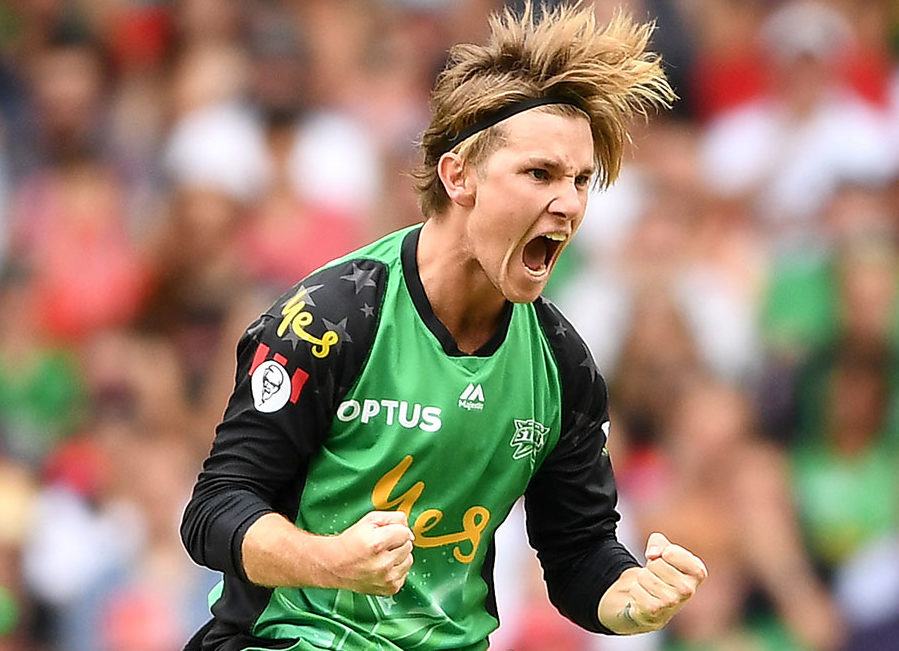 Adam Zampa walks into the XI as the second spinner. With the ability to impart topspin on the ball, he is perfectly suited to bowling in Australian conditions. He currently stands as the highest wicket taker amongst spinners with an commendable economy of 7.28. Zampa has also developed a googly recently which shows that he is constantly looking to grow and improve as a bowler. He has really upped his game in the last two seasons which also saw him take an impressive 5-17 against the Adelaide Strikers in BBL10. Having to face Rashid Khan from one end and Zampa from the other means that scoring wont come easy even if they do manage to not lose wickets. 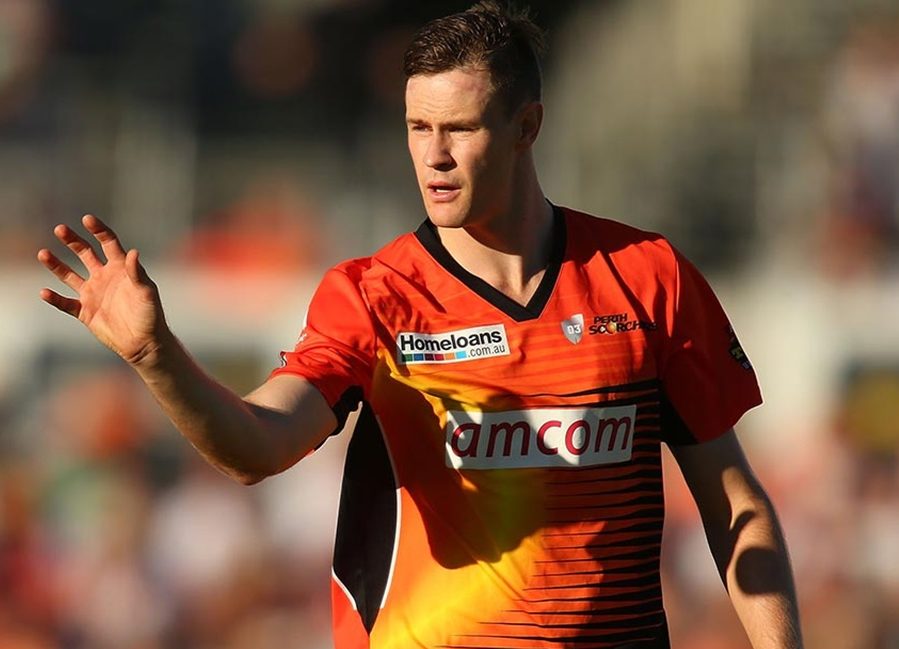 Behrendorff’s potency with the new ball sees him securing the final spot in the XI. His ability use both seam and swing to him advantage means that he will be handed the new ball to lead the attack. He has been a force to reckon with in the Big Bash, averaging over 24 only once in his seven seasons. A miserly economy rate of 6.87 despite bowling most of his overs during the powerplay speaks volumes of his class and quality. Coupled with his height and bounce, trust Behrendorff to extract even the slightest amount of assistance offered by the pitch. The pace department seems well stocked with him and Richardson along with Christian. 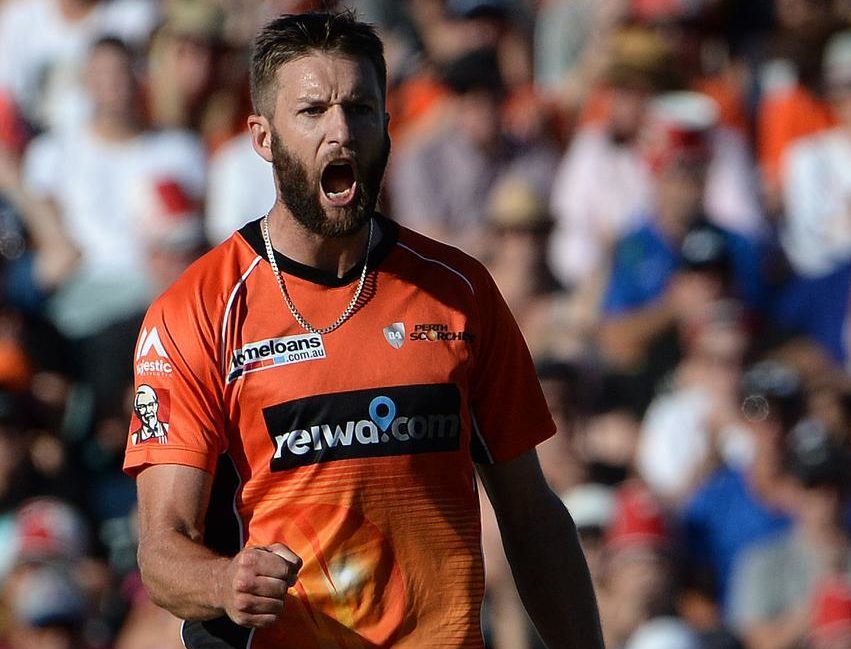 Andrew Tye makes in to the XI on the back of his consistent performances in the Big Bash. His average of 19.67 is lowest among pacers with more than 50 wickets and only second to Rashid overall. He is was one of the earliest pioneers of the knuckle ball and has used it effectively to coerce the batsmen into mistakes. His recent upsurge has seen him add a yard of pace, meaning that batters never seem to be settled while facing him. Tye is a proven performer at the death and during the Power Surge, stages in the innings where batsmen are looking to score quickly. In case the team requires a death overs specialist, he can replace the extra batsman. 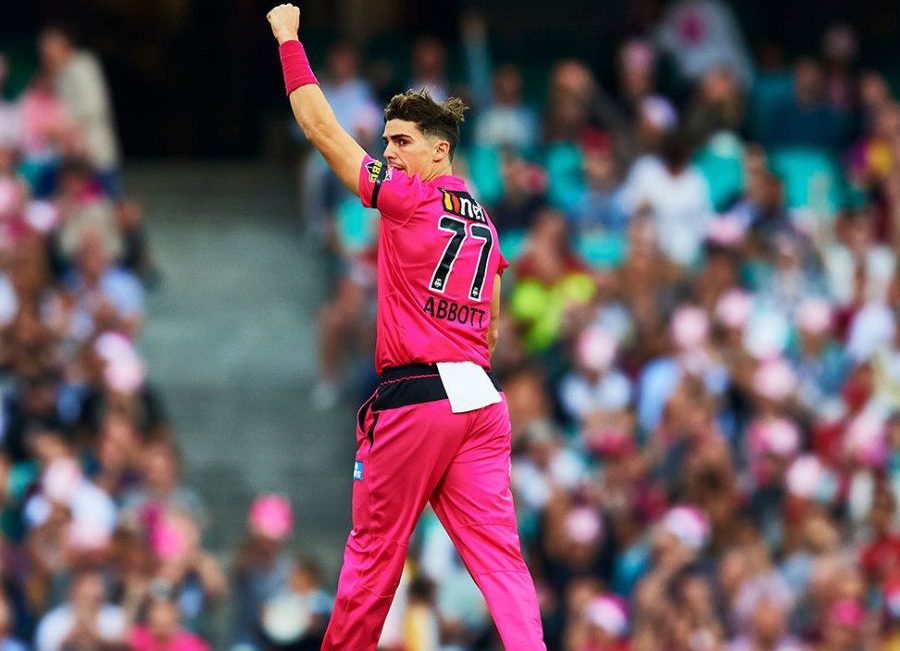 Sixers’ star Sean Abbott is currently the highest wicket taker in the league with 114 scalps. What stands out about him is his consistency and perseverance. Rising through the ranks since BBL 01, Sean has pushed himself into national reckoning with his strong performances. His economy has historically been on the higher side but it is on its way down over the past three seasons. This period has seen him grow into a much more complete player who can lead the attack if need be. He has also transformed himself into a more than useful bat who can add add quick runs down the order. He can be added to the playing XI at the midway point in the innings if the management deems that they require an extra seamer.