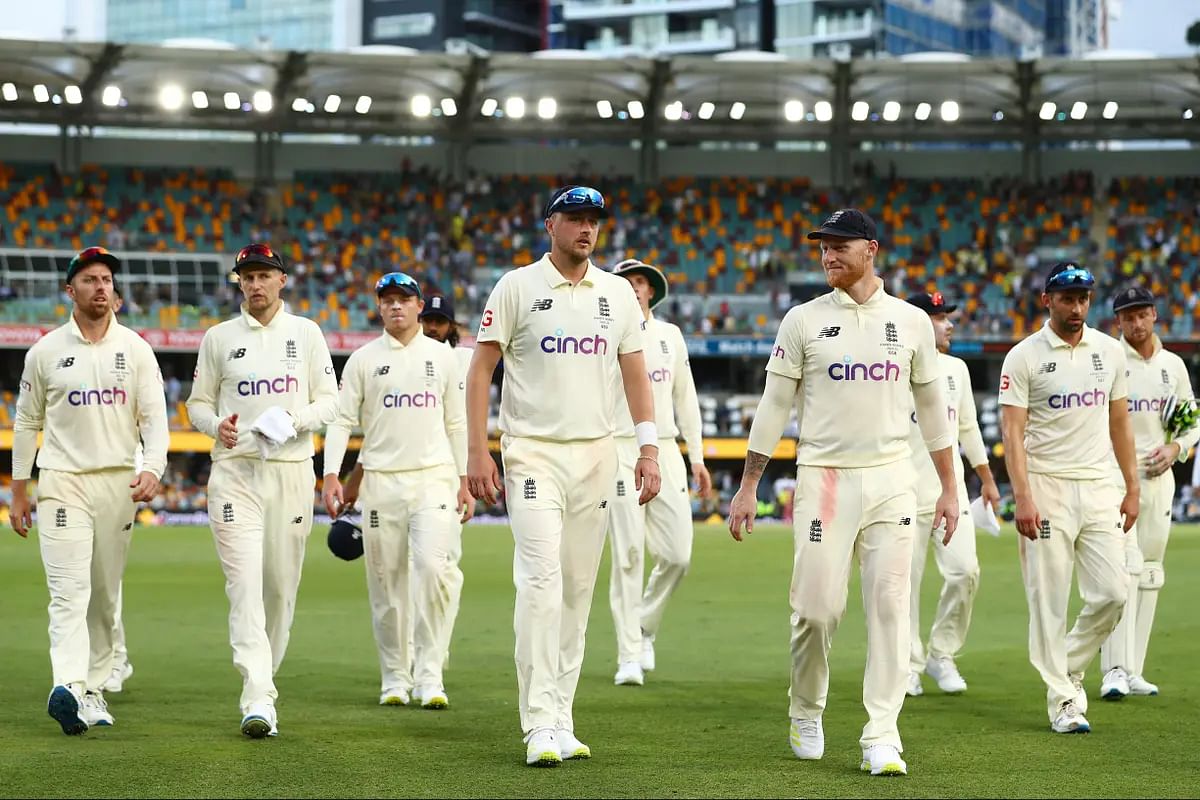 The Ashes is undoubtedly one of Test cricket’s greatest rivalries. Over the 71 Ashes series throughout history, Australia have won 33 and England 32. The visitors would have been hoping to even the scoreline by the time the the series finished on the 18th of January. But with the 2021-22 Ashes being played down under, it was always going to be an uphill task. Since 1987, England have only won once in eight attempts.

This time too, they have started poorly, being 2-0 down after the first two games. What will worry the players and fans is the manner in in which the team has gone down. In the first Test at The Gabba, England lost by 275 runs, following which they were thrashed by Australia at Adelaide by 9 wickets.

England have not been able to put up much of a fight in the series so far. Only one team in Ashes history has managed to come back after being 2-0 down. In this article, we will discuss 5 areas in which England will have to up their game if they hope to regain The Urn.

1) The batting has been woeful

England have struggled to bring quality International batters to the Test arena for close to a decade. Apart from the excellent Root and Malan, all other batsmen have struggled to get going. Those two have averaged 43 and 47 respectively. The next highest in the top 7 is Jos Buttler with 22. No batting lineup held up by two players will perform well consistently. The openers have struggled to see off the new ball and their middle order has been dismantled by Nathan Lyon. 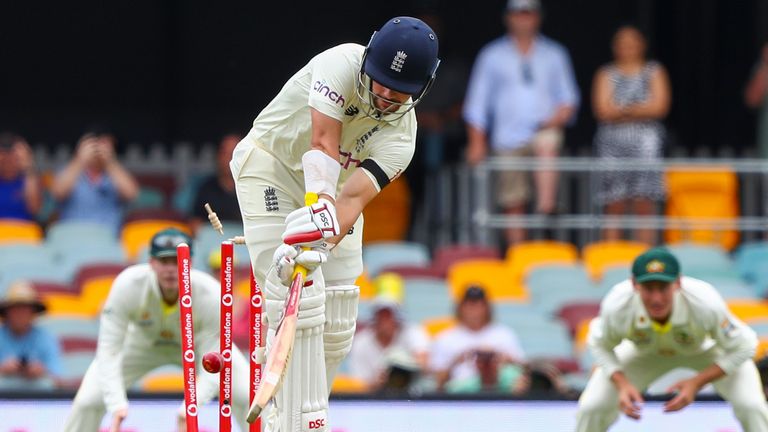 Rory Burns and Haseeb Hameed came into the series as England’s best openers. The unfamiliar conditions have exposed technical flaws in their games and has fans wondering whether they are cut out for the highest level. Ollie Pope has oodles of talent but has not delivered so far in the Test arena. Jos Buttler hasn’t been able to replicate his white ball form but did show application during his most recent innings.

Geoffrey Boycott had the following to say about England’s batting woes:

“It’s time we accepted that our batsmen are not good enough. The two openers are walking wickets and the Aussie bowlers are queuing up to get at them,”

We compliment Rory Burns for his determination and strength of character but that can’t make up for an awful technique.

He just looks ugly with his feet and arms all over the place.

How can you be young, talented, have a good technique and still keep failing? Ask Ollie Pope who is making a mess of his opportunities.

If he doesn’t learn he will have to go.”

Online cricket betting sites show that Joe Root is enjoying his most fruitful year in test cricket. If he can add another 158 runs across 2 possible innings, he will surpass Mohammad Yousuf for the most test runs in a calendar year. The main problem has been the lack of support from the remaining batsmen. Malan has proved to be an able support and has looked in good touch throughout the year. Notwithstanding, he will require more if England are to pile on big first innings scores.

England have been guilty of picking the wrong team in both games so far. In the first match, they let Jack Leach loose on what was a graveyard for spinners. James Anderson and Stuart Broad were rested for the sake of having them ready for the Day-Night Test. In Adelaide, they left Leach out on a surface which was offering assistance. They also left out Mark Wood, their only point-of-difference bowler. 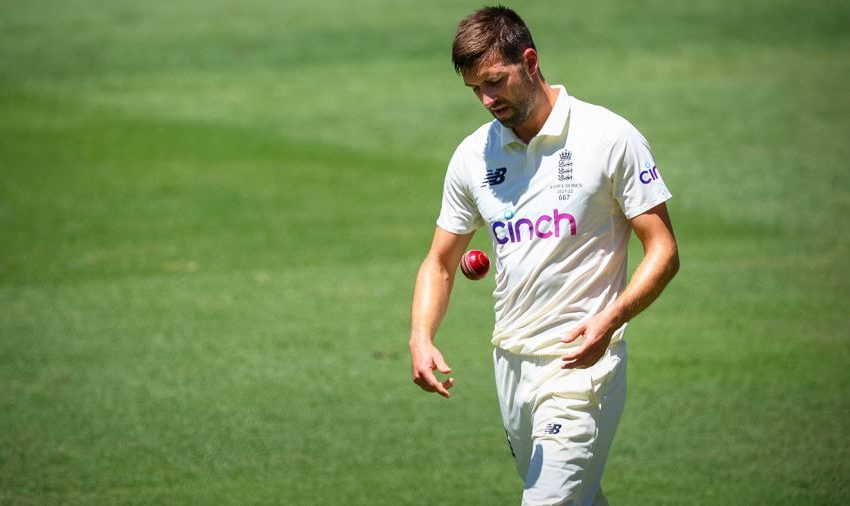 England’s problems go much deeper than what has happened on the tour so far. In the 2017-18 Ashes, England rolled up with Woakes, Broad Anderson and Overton. Apart from Anderson, all of them averaged north of 35 with the ball. Nearly 4 years later, all those players have retained their place. During the four years in between, England tried to develop a fast bowling roster which would compete in Australia. Archer, Wood and Stone were all part of the plan but two of them are unavailable for selection.

Despite all the hype around their rest and rotation policy, they have still not managed to bring a competent lineup. The result is a bowling lineup that doesn’t look threatening in the conditions. Apart from Robinson and Wood at times, the rest of the bowling has been handled quite easily by a strong Aussie batting lineup.

“The thinking behind the team selection here in Adelaide was really worrying and confusing.

When you looked at the selection of that team, for this surface, four kind of new-ball bowlers, five right-arm seamers, all within a narrow range of pace, leaving out your man of extreme pace – resting him, they said he was fully fit, resting for what? They’re 2-0 down – and the spinner.”

3) Lack of a quality spinner

This reason ties in with the previous one. England have failed to find a quality spinner since the retirement of Graeme Swann. Having a quality spinner in Australia is necessary to contain the run flow while giving a rest to the pacers. The two best spinners in the country, Moeen and Rashid, have retired from Test cricket. It is pretty clear that the ECB could have handled them better.

Even Jack Leach has been done dirty by the management. After playing in India in January, he has not played another International game before Brisbane. When he finally got a chance, it was at a ground where any spinner (bar Lyon), would have struggled. It was a difficult ask for someone who has only bowled in favorable conditions in International cricket. One cannot help but feel that England do not rate their main spinner. To throw him into the cauldron of The Ashes would hardly have done any favors to his confidence, or our cricket betting tips.

“Australia were always going to target Leach, because Ben Stokes was under a fitness cloud, and this was a weaker bowling attack without James Anderson and Jofra Archer.

Leach doesn’t have a lot of weapons when someone attacks him on a flat pitch.

If it’s a left-hander, without footmarks, he’s naked.” 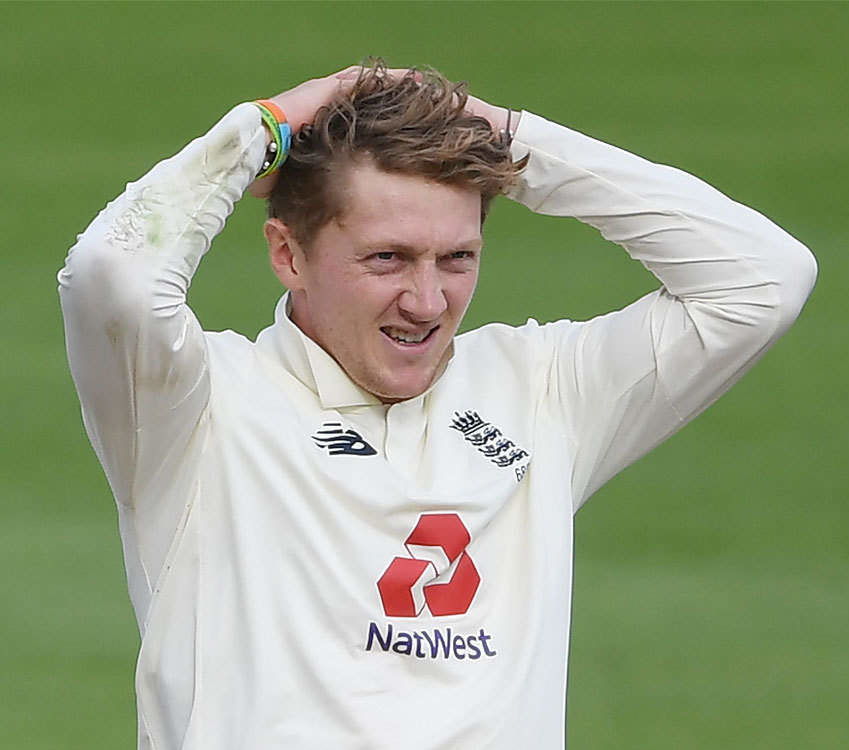 Their secondary spinner, Dom Bess has historically been inaccurate. On helpful pitches in India, he went at an economy of 3.86 and an average of nearly 40. A large proportion of his balls end up being long hops or full tosses which will be punished on unhelpful Australian pitches. The other spinners in line are the Parkinson twins and Mason Crane, none of whom have had a chance to develop on the biggest stage.

4) They haven’t done the basics right

There is no doubt that England have been on the receiving end of some bad luck in their lead up to The Ashes. Injuries to Archer and Stone have hamstrung the pace bowling department. COVID related complications meant that the Poms did not have any first class games as preparation before the first Test.

But none of these reasons explain why they have been so poor when it comes to doing the basics right. In the two games so far, England have dropped seven catches compared to Australia’s one. These included catches early on in Warner’s and Labuschagne’s innings, which allowed them to heap the pain on. Even their ground fielding has been poor, letting nearly 10 runs though misfields and overthrows.

They have also been guilty of overstepping multiple times. During his first spell at The Gabba, Ben Stokes bowled 14 uncalled no balls. One of them was the wicket of David Warner, who went on to make 94. 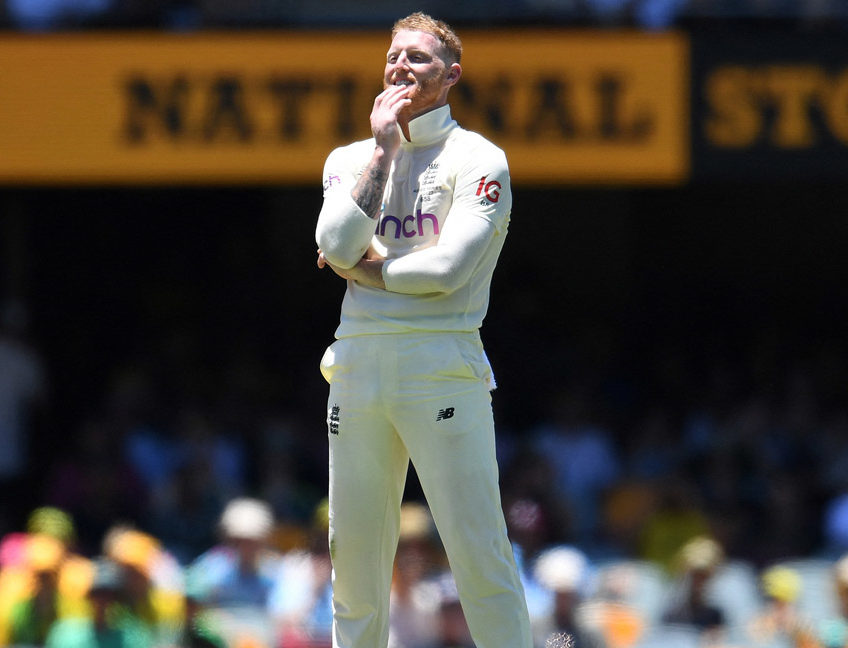 Matt prior rues the fact that England haven’t taken their chances:

“Before you even look at batting vs batting and bowling vs bowling on the two sides, it’s England’s unforced errors, Dropping seven catches in two Test matches, that’s a huge negative and it’s one that can be trained and practised and shouldn’t happen at this level, quite frankly.

“Taking wickets with no-balls and the amount of no-balls being bowled by this England team – it’s those elements that will be as frustrating as not leaving as well as the Australians, or bowling a bit fuller, or everything else.”

“People talk about one-percenters, but taking catches? That’s a 20-percenter. England aren’t at a place where they’ve focusing on one per cent here, one per cent there – get your 20 per cent right first and then you can go from there.”

At various points in The Ashes so far, Joe Root’s captaincy has failed to inspire his teammates. He has himself admitted that what he does down under would define his legacy as captain. But his on field tactics have left fans wanting more.

Whether it be his decision to bat first at The Gabba, or his tactics of using Stokes to bump batsmen at Adelaide, Root has shown that while he may be an extraordinary batsman, his captaincy is still a work in progress. He even admitted that the bowlers bowled shorter than what they needed to. He called for the need to be braver and to learn from their mistakes.

This seemed to many to be a cautious dig at his experienced bowling lineup. His inability to coerce them into sticking to the plans has drawn plenty of flak from experts. 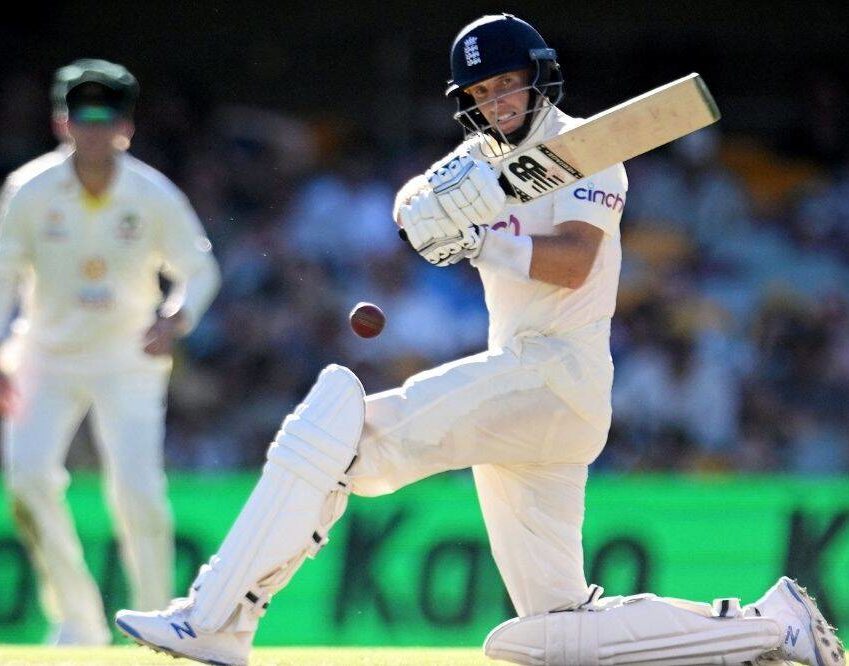 “I nearly fell off my seat when I heard that,

Whose job is it then to make them change? Why are you captain then?

If you can’t influence your bowlers on what length to bowl, what are you doing on the field?

Joe Root can come back and say whatever he likes but if you’re captain, you’ve got to be able to sense when your bowlers aren’t bowling where you want them to. That’s what captaincy is all about.”

The 3rd Ashes test begins on the 26th at the MCG. With four changes to their lineup, England will be hoping to up their game and compete. Meanwhile, Australia will be looking to seal the series and retain the Urn.