Home » News » The Ashes: Brendon McCullum Confirms Stuart Broad, and James Anderson Will be Part of the Team

The Ashes: Brendon McCullum Confirms Stuart Broad, and James Anderson Will be Part of the Team 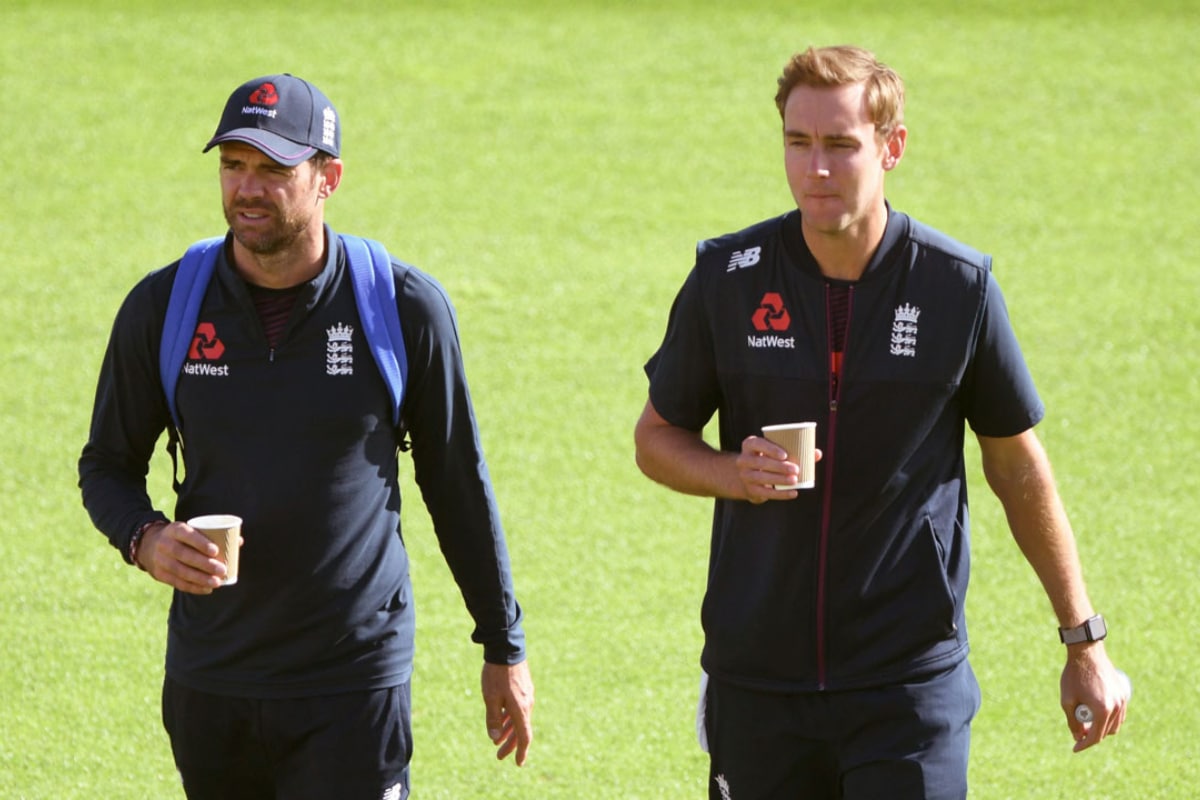 The Ashes: England’s all-time leading test wicket takers James Anderson and Stuart Broad will play next year’s Ashes series against Australia, coach Brendon McCullum has confirmed. Anderson, 40, and Broad, 36, were part of the England team that faced a 4-0 series defeat in Australia in the last Ashes, and both were then dropped from the three-match Test series in West Indies where England lost 1-0 as well. Here are the top 10 betting sites in India that you can open on your mobile devices and enjoy competitive odds and all the features you can expect from a mobile betting site.

Soon after, England named Ben Stokes the captain of the Test team to replace Joe Root as captain in April and brought in Brendon McCullum as coach in May as well. Broad and Anderson then returned to the squad under the new leadership, helping the team win six of their seven tests this summer as well.

“Yeah, they’ll be here,” McCullum told reporters when he was asked if they would be in his Ashes squad. “They’re both smiling. How good’s that? Those guys are phenomenal cricketers. They could finish any time they wanted and they’d still be considered greats of the game. What they’re doing is continuing to build on the legacy they’re going to leave for the next generation – the time they’re giving other people in the dressing-room is phenomenal,” McCullum further added. “Stuff you don’t see behind the scenes. The time, the effort and the confidence they’re giving the other guys is quite remarkable, really.”

The Ashes: Anderson-Broad will strengthen the England squad

However, Australia fast bowler Mitchell Starc was impressed with the fact that they will face the English duo next year.

“I certainly won’t be bowling balls at 40,” he told reporters in Sydney on Wednesday. “I’ll be watching it at the pub with Josh (Hazlewood), probably. Their record speaks for itself. “They’re incredible talents, incredibly skilled players.” McCullum also heaped praise on captain Stokes. “His own game is phenomenal, his leadership qualities are amazing and he runs through brick walls for the side, as we’ve seen with some of his bowling spells. I thought he’d be good as a leader, but I didn’t realise he’d be quite as good as he is.”

Meanwhile, the dates and venues for the next edition of the historic rivalry – The Ashes have been finalised. The five Tests are set to be played across 45 days, with the first taking place at Edgbaston from June 16-20. The second Test will take place at Lord’s on July 28, before it shifted to Headingley and Old Trafford beginning on July 6 and 19 respectively as well. The 2023 Series will be the 73rd edition of the Ashes, where Australia won 34 times and England 32, and there have been 6 draws as well. Bet online by checking more cricket tips from our professional expert tipsters.