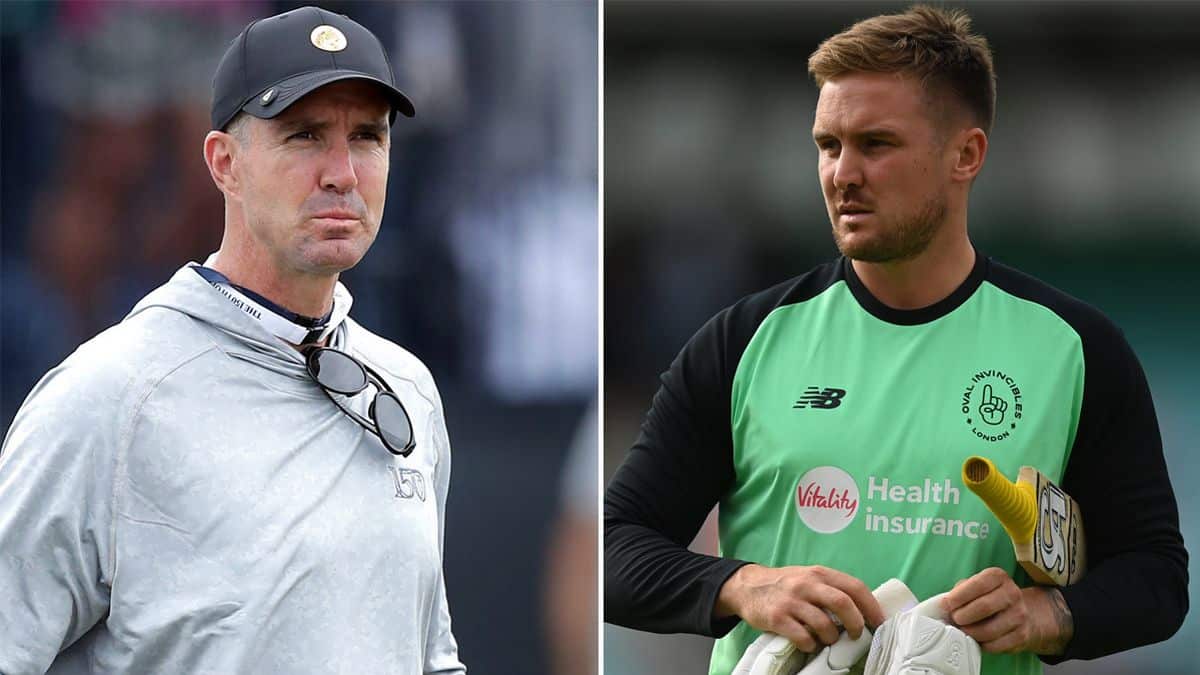 The Hundred 2022: Former destructive English cricketer, Kevin Pietersen backed Jason Roy after having another bad day. He has asked the media to stop writing things about the talented top-order batter. The English opener is not having such good outings since the English summers. He has consistently failed to score runs from his bat. After the international duties, Jason Roy is appearing in the second edition of The Hundred 2022. If you are searching for the best betting sites in India, you are in the ideal place!

In this tournament, he represents Oval Invisibles and performs the same opening role. But his start in The Hundred 2022 did not begin very well. In the first match, he went for a golden duck against London Spirit. Then in the second match once again he faced a sluggish outing against Welsh Fire. In the second he at least opened his account but he did not last long after scoring ten runs. Meanwhile, former English batter Kevin Pietersen who is doing commentary in this tournament has urged the media to refrain from writing off Jason Roy.

Kevin Pietersen has highlighted that Jason Roy has been doing his work for many whiles. Under the tenure of Eoin Morgan, he was playing an attacking opener’s role and he has succussed in it. But his recent performance has not matched his level and it does not change the quality of this player. Pietersen has also said that he has been the best English opener in white-ball cricket over the years. And there are many more performances that are yet to come from this player.

The Hundred 2022: Former Cricketer and Head Coach on Jason Roy

“Jason is 32 years of age, and what I’m sick and tired of in this country is writing people off at such a young age. Jason is a World Cup winner; he’s done an unbelievable job for Eoin Morgan. He was told by Eoin, like the whole team, to go and smack the ball. With smacking the ball and being a risk-taker, you are going to fail, and when you start failing, failing can happen for a long time. ,” .

In his last six T20Is, Jason Roy scored 76 runs after facing 98 runs. And now he is bagging the same horrendous form in the ongoing The Hundred 2022. The new white-ball coach of the England team, Matthew Mott has also mentioned his word about the player. He urged the batter to regain his past form and be ready for the upcoming international duties.

Mott has stated that he believes that in a great team different types of players fire and they miss out. And the team and management can hold that for a bit. And then it gets some currency from having delivered on the big stage. But this will not last long as a time will come the team has to take hard decisions. Having said that it is now uncertain whether ECB will add Jason Roy to the upcoming big ICC tournament, ICC T20 World Cup.