Home » News » The Hundred: Bairstow is Likely to Miss The Major Part of The Tournament

The Hundred: Bairstow is Likely to Miss The Major Part of The Tournament 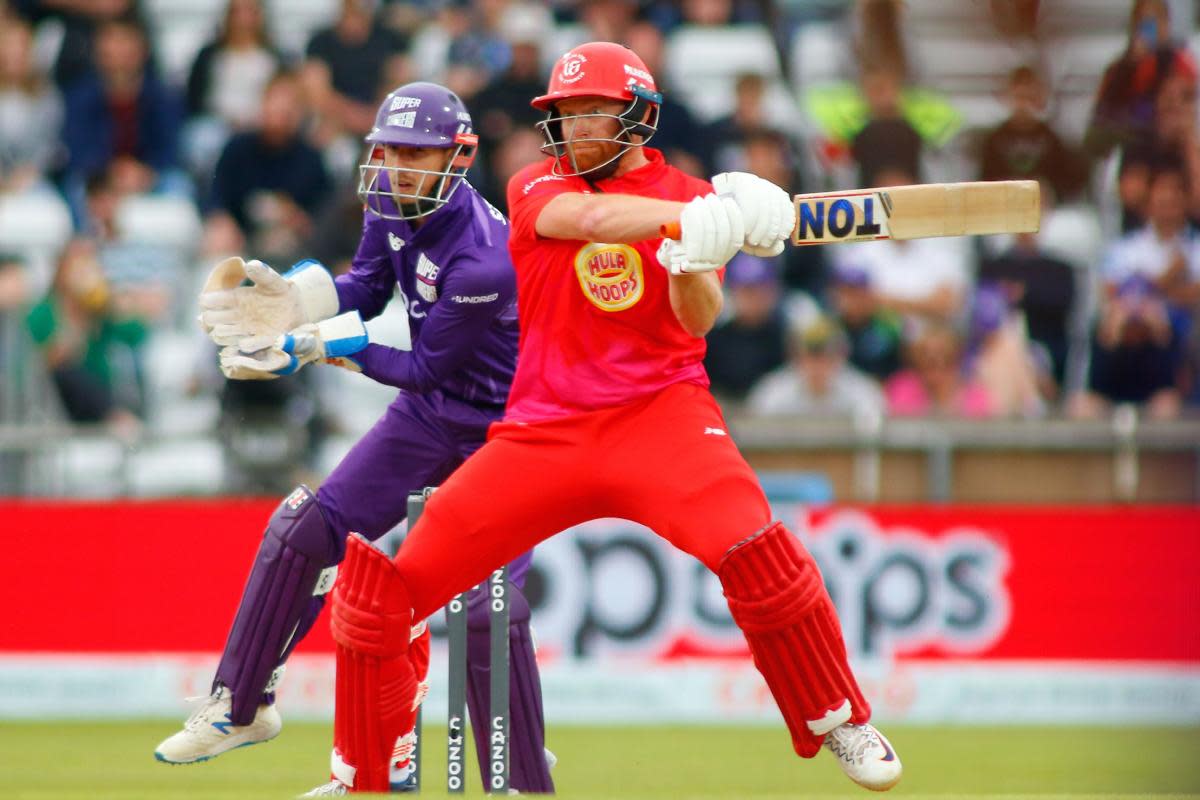 The Hundred: Ahead of the packed winter season, Jonny Bairstow is likely to miss the first half of the tournament. To maintain the workload, the English opener has decided to skip the opening matches of The Hundred. Along with the second edition of The Hundred, the England team will also be playing three-match test series against South Africa. The test series is going to start on August 17. Jonny Bairstow would be a sure-shot candidate for this series. Want to bet on cricket on the move? Discover India’s best-betting sites here on our site.

He is in a destructive form in red-ball cricket. In his last eight matches in test cricket, Jonny Bairstow scored 994 runs with an average of 76.46. With his decision to have some in The Hundred, it clears that the batter is focusing more on the red-ball cricket. Remark, the second season of The Hundred is going to kick start on 3rd August. In this tournament, Jonny Bairstow represents Welsh Fire. And they will be playing the opening of this tournament against defending champion, Southern Brave.

The Hundred: Jonny Bairstow to Focus More On Test Cricket

Currently, England is standing in seventh place in the World Test Championship points table. They have just grabbed five victories in a total of 16 matches. They have played the most number of matches than any other side. Earlier, their situation was worse. But after appointing Ben Stokes as captain and Brendon McCullum as head coach, England’s condition has improved well. Of the five wins, four victories came in the recent encounters.

In these matches, Jonny Bairstow has played a crucial role with his terrifying knocks. For that, he wants to continue his form in the red ball. After the test series against South Africa, England will be heading to Pakistan for a marathon T20I series. It says that there will be seven matches between England and Pakistan. After that, the English team will be undergoing against Australia in preparation for T20 World Cup. Later in the year, Australia is going to host the next edition of the T20 World Cup.

They will be competing in this tournament as defending champions. Coming to The Hundred, the exclusion of Jonny Bairstow and Ben Stokes would put an impact on this league. The tournament is just one season old and it needs star cricketers to make it superhit. The absence of local star players would affect the viewership of this tournament.