Home » News » The Hundred: Everything you need to know about the rules

The Hundred: Everything you need to know about the rules 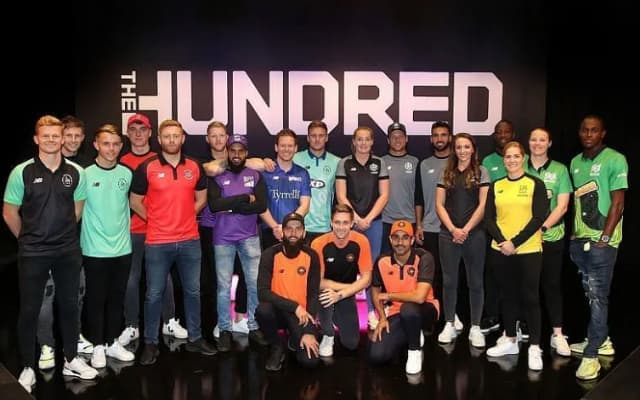 The much-awaited ‘Hundred’ is all set to get underway on July 21. The tournament will be one of its kind and will have some unique rules, including a 100-ball inning, to make it more thrilling for the fans. The England Cricket Board (ECB) on Tuesday confirmed the playing conditions for the ‘Hundred’. Learn how betway registration works and get free tips from us.

According to the rules, two sets of five deliveries will be bowled from an end. If the captain wants, same bowler can bowl from both sets. Also, the umpires will not call ‘over’ but ‘five’ at the end of each set. After the end of every set, the umpires will make use of a white card, which they will hold up to inform players, scorers, broadcasters and crowds of the completion of the set.

There will be a mandatory 50-second break after every 10 balls as the players will change ends. Also, the toss will be held at the stage for DJ’s and live entertainment. The powerplay will be of 25 balls after which the fielding side can call for a two-minute strategic time out. The tournament will also see DRS being implemented for the first time in English domestic cricket. The third umpire will call for a no-ball.

If you are looking for online cricket prediction. do check here in our website, We know how to predict.

For rain-affected games, the Duckworth-Lewis system will be used. In case of a tied match in the group stage, the points will be shared. In knockouts, a ‘Super five’ will take place. If the ‘Super five’ is also tied, another one will be played. If the second one also ends in a tie, the team with higher group standing will be declared winners.