Home » News » The Hundred: The Squads For All Teams

The Hundred: The Squads For All Teams 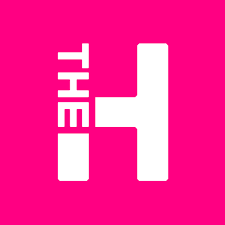 The Hundred: After the successful season of the 100 ball format. ECB is ready to host the second edition of the Tournament. The first match of the tournament will take place between the defending champions Southern Brave and Welsh Fire on August 3. The Squad of eight teams has been announced. 562

The defending champions are ready for the second season and will be confident entering the tournament. The team members of the 2021 champions are:

The champions will be looking to repeat the same formulas in the second edition too. With Quinton, Stoinis, and Tim David on the side, the team looks solid to trash any other seven teams.

The runner-ups of the last year will look to win this time and not settle for less.

Birmingham also looks solid as their mighty players can eat the opposition anytime.

London Spirit finished at the last spot on the table in the 2021 season. Eoin Morgan and the company will look to improve by winning their first match of the 2022 season against Oval Invincible.

The Invincible got so close to the playoffs but finished at the fourth spot at the end of the league stage. This year they will try not to make the mistakes they made in the previous season.

Trent Rockets were one of the three successful teams who reached the playoffs in the previous edition. In the eliminator, they lost to Southern Brave who won the title by defeating Birmingham Phoenix.

Welsh Fire had a disappointing season last year and with Bairstow and Pope missing out, this year it might be more difficult for them. But players like Banton, Miller and many more can crash the opponent.

Ben Stokes has been rested for the tournament due to a hectic schedule. with the unavailability of the marquee player Ben, Northern Superchargers might face some challenges in the tournament.

Manchester Originals also had a forgettable tournament last year. They have some of the shortest format specialists who can help the team taste success.

England red-ball regulars to miss most of the season

England has a three-match test series against South Africa. The red ball regulars will join their respective franchises later. After Ben Stokes, Jonny Bairstow has also pulled out of the tournament due to the hectic schedule.

The tournament has enough of marquee players from around the world to entertain the fans. So, the absence of Ben and Bairstow might not be felt. Stay tuned for our 100% FREE cricket tips and match guides from our professional betting tipsters.