Home » News » ‘This is a quarter-final for us’ : Dinesh Karthik on India vs New Zealand clash

‘This is a quarter-final for us’ : Dinesh Karthik on India vs New Zealand clash 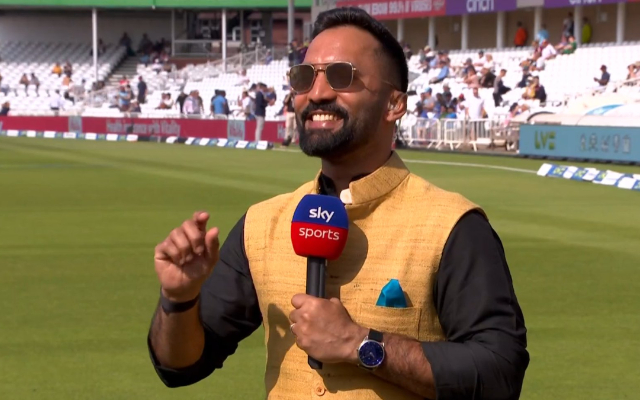 India cricketer Dinesh Karthik feels the upcoming game between India and New Zealand is like a virtual knockout. Both teams have lost their opening games to Pakistan and are searching for their first win. Given that both teams have matches left against Afghanistan, Scotland and Namibia, which they are likely to win, the match between India and New Zealand is being seen as a virtual quarterfinal, with the team winning it progressing through to the semifinals along with Pakistan.
Here’s our best betting apps guide. Do check and read more here.

“This is a quarter-final for India. They know it. If they get through tomorrow’s game, they know that they have a pretty easy, well it’s not easy because there’s Afghanistan there but you would like to think there is a good chance to move forward in this tournament with a win. I’m really excited to see how India is going to shape up against New Zealand, said Dinesh Karthik on Cricbuzz

Meanwhile, Michael Vaughan, who was on the show along with Karthik, called for more intent with the bat from the Men in Blue. “I think India need to go for it a bit more with the bat. If they want to win this World Cup, they will want to go for it. They are a little bit too safe. They have wonderful talent and wonderful batters that can play an aggressive game pretty much from ball one and all the way down to the 20th over”.

“They’ve got so much skill and power. Great combinations as well. I would like to see them play with a bit more risk. Particularly after the 6th over. From 6-12 overs, I still think you have to go for boundaries. The old days of knocking it around and hanging in there won’t win you games against England and Pakistan.”  Here’s our full bet365 reviews. Take a look at it.