Home » News » “Told Him That I Wanted a Csk Jersey, Not an India One”- Haris Rauf Opens up About Receiving a Special Gift From MS Dhoni

“Told Him That I Wanted a Csk Jersey, Not an India One”- Haris Rauf Opens up About Receiving a Special Gift From MS Dhoni 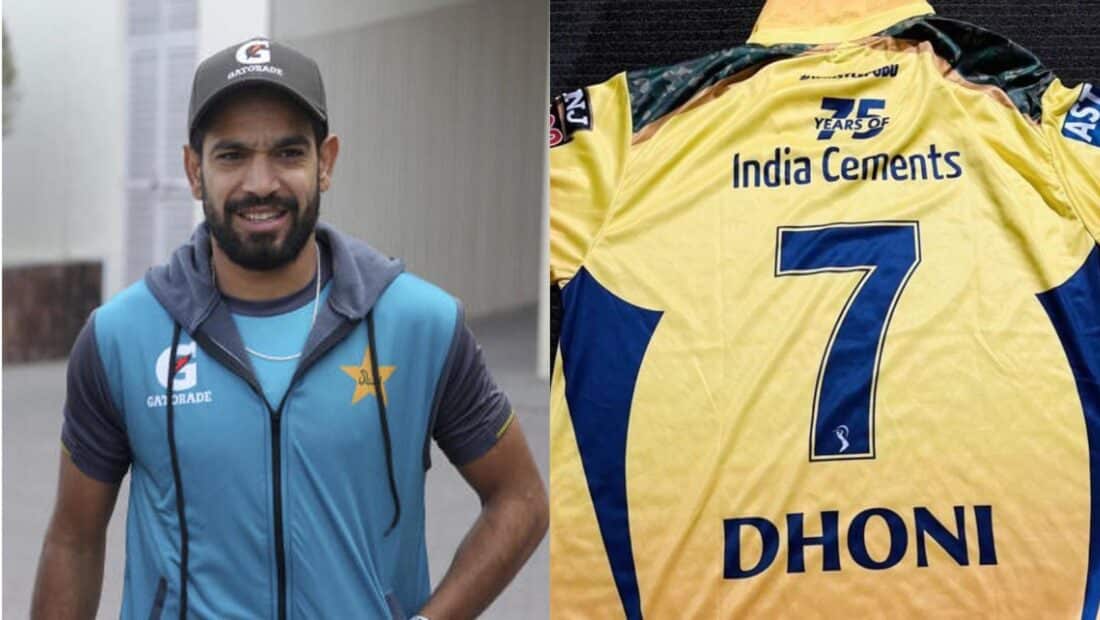 MS Dhoni is a world-renowned face in the game of cricket. He is admired worldwide and every young cricketer looks up to him. Many former cricketers and analysts have praised the former Indian skipper for his tactical brain, his game strategies, and on-and off-the-field decisions. On the other hand, many young cricketers have shown their desire to play under the leadership of MSD. Notably, even in the recently concluded season of the Indian Premier League, many players who played with him or against him tried to pick his game tactics. Looking for more official betting sites in India for the upcoming match? Find them here.

However, not only Indian players and fans, but players from other countries also admire the Indian legend. The Pakistani speedster, Harish Rauf, also recalled one moment from the T20 World Cup 2021 with MS Dhoni. The 41-year-old traveled to the UAE as the mentor of the Indian team for the 2021 T20 World Cup. After the high-voltage clash between India and Pakistan, MSD met many Pakistani players.

Want to bet on cricket on the move? Discover more betting apps in India here on our site.

In an interaction on a YouTube channel called “The Grade Cricketer,” Rauf revealed his meeting with the former Indian skipper. The pacer said that he asked MSD for his jersey. However, he also clarified that he was looking for the jersey of the Chennai Super Kings and not the Indian jersey. He said,

“I met MS Dhoni after the game against India at the T20 World Cup last year. I asked him to give me one of his shirts. But I told him that I wanted a CSK jersey and not the Team India one. He told me that he will surely send me that. I finally received it when I was in Australia.”

However, the Pakistani pacer also recalled an incident when he was training alongside Indian players in Australia. He said that the Indian management wanted a few bowlers for net practice and that was the time when he bowled to Indian players in Australia. Rauf added that he bowled to Cheteshwar Pujara and Virat Kohli at the time. He stated that he was bowling with Hardik Pandya. Rauf concluded, “Hardik told me that I was doing good and that he’s sure that I’d soon be playing for the Pakistan team.”

India faced Pakistan last time in the T20 World Cup in UAE. It was Babar Azam and his team that defeated India by 10 wickets. Notably, it was also the first win for Pakistan against the Men in Blue in a World Cup event. Rauf was also playing in that match and bowled his four overs for 25 runs and one wicket. Read Mobile Bet365 reviews here and learn more about how online betting works. So what are you waiting for? Download the app now!