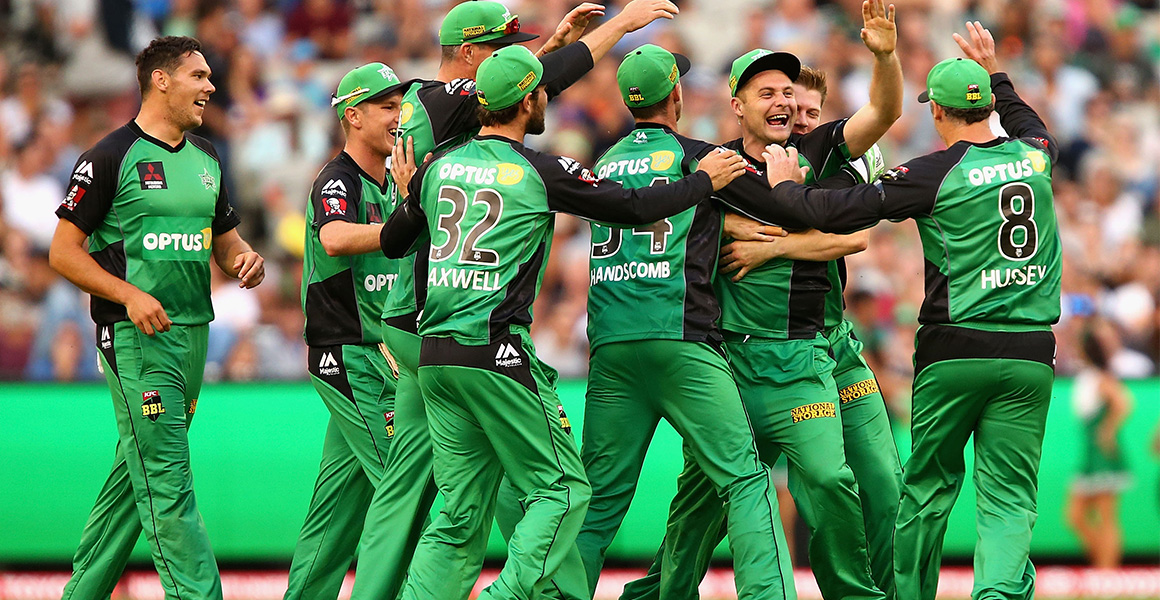 After a horrendous performance in the first match, Melbourne Stars have finally found their way to the winning ways. The team defied all the odds in their second match against Sydney Thunder at the Melbourne Cricket Ground as they secured a victory by four runs.

All the players lived up to their reputation in the match and delivered a statement performance to gain two points and climb up the points table. The Thunder skipper Chris Green won the toss and invited Stars to put up a total on the board first.

Put to bat first, Melbourne Stars again got off to a poor start. The opening pair of Marcus Stoinis and Joe Clarke added 13 runs each to the scoreboard before they fell to a runout and Nathan McAndrew respectively.
You can check the complete timetable and schedules of Big Bash League here.

Following a collapse of top-order, it was Nick Larkin and Hilton Cartwright who stepped up to take the responsibility of scoring runs for Stars. Larkin remained not out as he played a stunning knock of 52 runs. The batter faced 43 deliveries in the middle and ended up with five boundaries.

The exploits by Larkin and Cartwright steered Melbourne Stars to a total of 165 runs in their allotted 20 overs, Meanwhile, the new signing Andre Russell faced also did a decent job. The all-rounder scored not out 17 runs off nine deliveries. 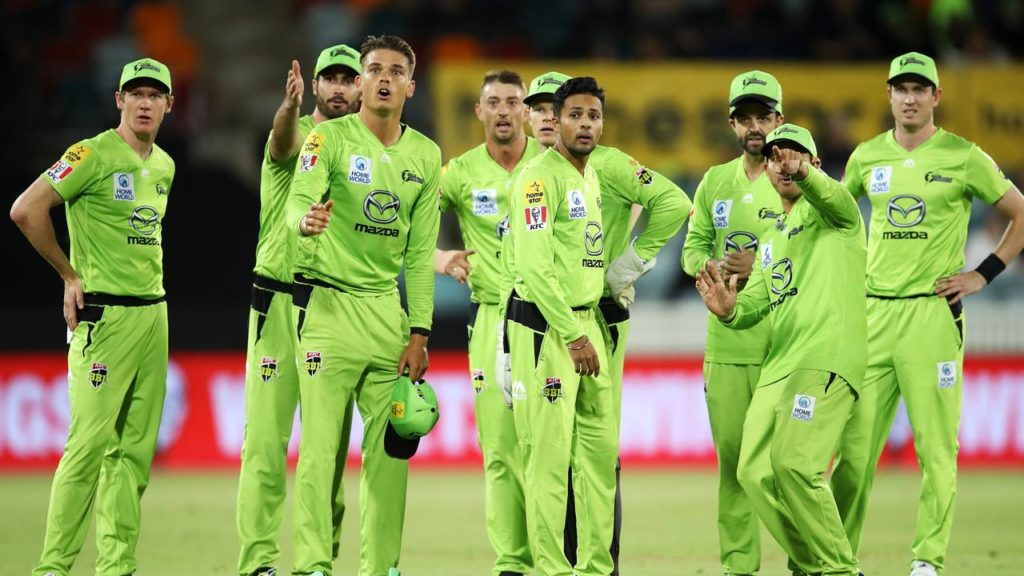 For Thunder, Tanveer Sangha picked two wickets while McAndrew ended up with one scalp to his name. Ben Cutting was also decent with the ball. Though he failed to pick up a wicket, Cutting conceded just ten runs in his two overs.

Chasing 166, Sydney Thunder dominated the match for a major portion of the second innings. Thunder were the favorites as Matthew Gikes and Sam Billings looked in good form with the willow. Here’s a quick guide of cricket betting from cricket betting tips expert.

Gikes played an impressive knock of 56 runs while Sam added a splendid 43 runs off 31 balls to the scoreboard. The team needed just 48 runs from the last six overs but they let the match slip away from their hands.

The credit goes to Melbourne Stars bowlers as well. Bowling in the death overs, Nathan Counter-Nile and Andre Russell kept a constant check on the runs to increase the pressure on the opposition batters.

Meanwhile, it was Adam Zampa who ensured a victory for his team. The spinner was given a herculean task of defending 11 runs in the last over and he passed the exam with flying colors. As Sydney ended up with only 161 runs, Melbourne Stars secured a victory by four runs.

Bro. Melbourne Stars are one of the strongest teams on paper. Hope this win gets them up and running!

Andre Russell showed why Melbourne Stars should have sent him earlier #BBL11 pic.twitter.com/6jeSXScNDJ

That was tense!!
What an over from Zampa.#melbournestars

Adam Zampa defends 11 runs in the final over vs Sydney Thunder in the BBL.