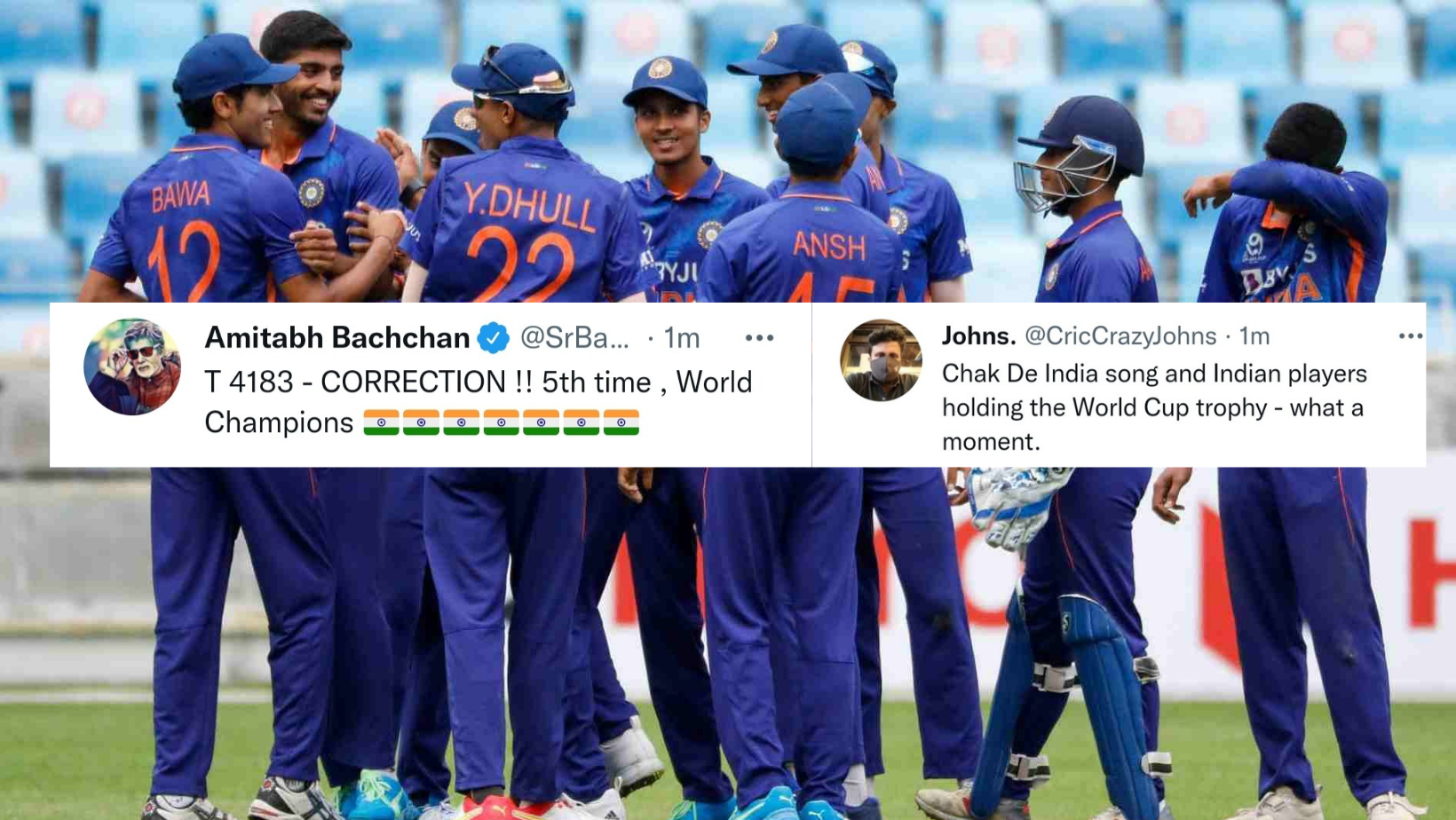 India has been unbeaten in this U19 World Cup and they have created history. Winning the toss, England skipper Tom Prest chose to bat first. But the decision didn’t go well for their team as they lost wickets at regular intervals. Ravi Kumar and Raj Bawa destroyed the top order of England.

At one stage, England was 91/7 and it looked like they would get all out for under 150. But then came a fantastic partnership between James Rew and James Sales. Both batters started rotating the strike and hitting oddballs for a boundary.

Both batsmen added 93 runs together for the eight-wicket. And James Rew got out just short of five runs for a well-deserved century in the final. After James Rew got out, India’s bowlers got the next two wickets for five runs. And England was reduced to 189 runs in 44.5 overs.

Raj Bawa was the pick of the bowlers for India along with Ravi Kumar. Raj Bawa registered the best figure for an Indian bowler in the finals. He took 5/31 and Ravi Kumar also chipped in with four wickets. James Rew was the top scorer for England. He scored 95 runs off 116 balls. Here are top betting apps for android.

U-19 World Cup 2022: Chasing the target, India lost their first wicket in the second ball of the innings. But then Harnoor Singh and vice-captain Shaik Rasheed put on 49 runs for the second wicket. Rasheed scored another half-century after a brilliant 94 in the semi-final. Captain Yash Dhull, who scored a century in the last match, was not able to score much and was dismissed for 17 runs. But India had few partnerships in the middle to reach the target.

India needed 13 runs off the last three overs, but they won the match with 14 balls to spare. It took them just four balls to score those runs. It was the wicket-keeper batsman, Dinesh Bana, who again finished the match with two consecutive sixes. And India created history by winning it for the fifth time.