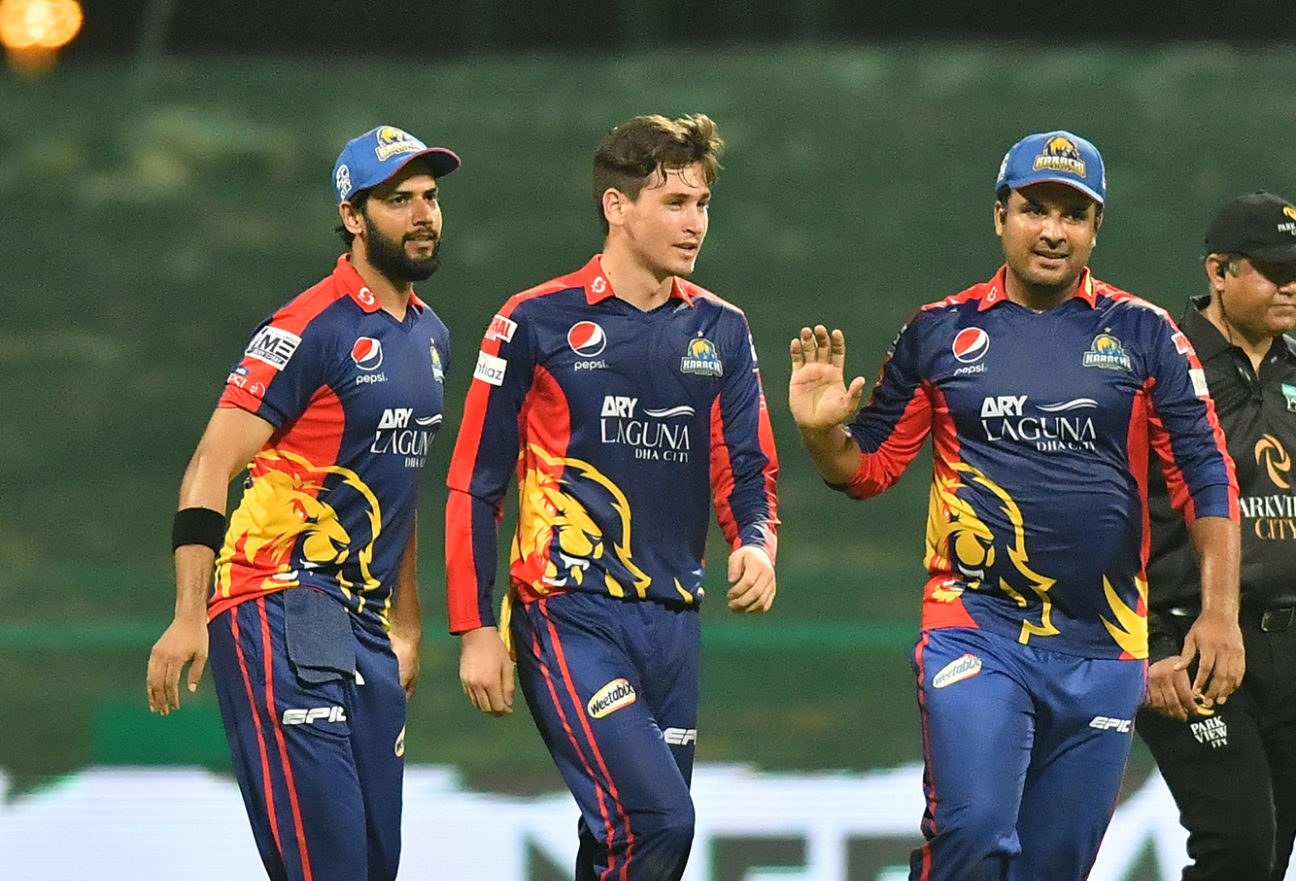 The U19 World Cup 2022 is Scheduled to begin on the 14th of January in the Caribbean. The ICC Tournament is normally held every two years and is the marquee event for up and coming youngsters. This year, Covid and Visa complications threatened to derail the tournament but it is on course for now.

Ever since its inception in 1988, the event has showcased some of the world’s best young talent. Players like Virat Kohli, Ben Stokes and Kagiso Rabada are few among many that used the platform to boost their reputations. In the previous edition, held in 2020, Bangladesh emerged as the victors after thumping India in the Finals. This year, another batch of youngsters will be looking to display their skills and announce themselves on the world stage. Let us have a look at five players who might leave a mark. Check the live score bbl here. 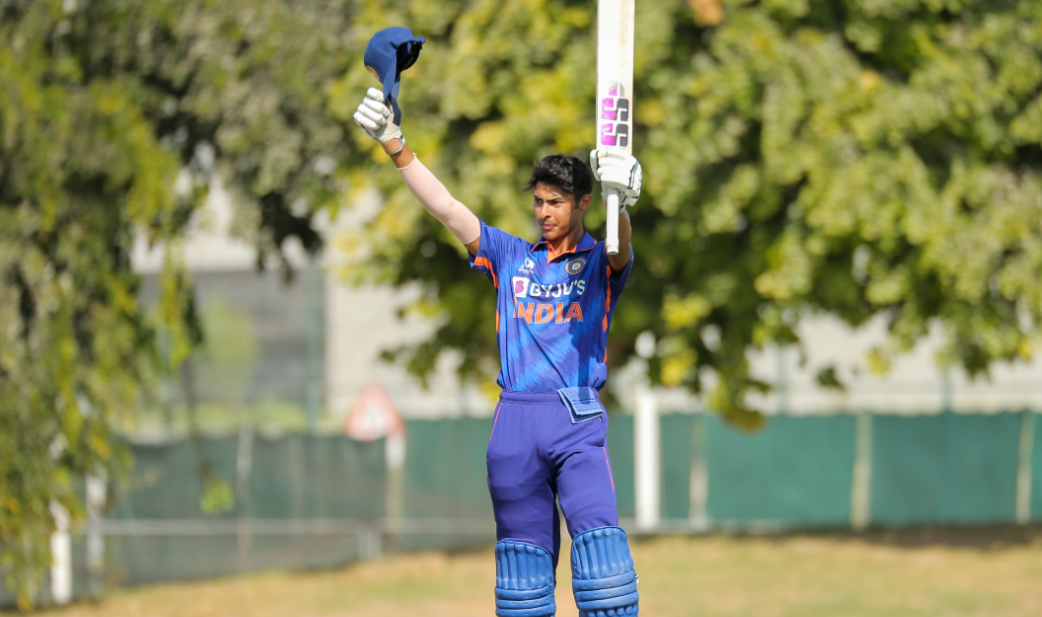 The young opening batsman has impressed one and all in the lead up to the event with his attacking stroke play. The southpaw has a silky flair to his batting and is proficient against both seam and spin. He comes from a cricketing background and forced his way into the limelight with standout performances at the junior level. His 131 runs in the U19 Asia Cup in December was instrumental in India’s campaign and earned even him the man of the series award. He capped off his preparation with a masterful 100 in India’s Warm Up win over Australia. If Harnoor can put in some big performances, he could well earn a big payday come February.

he was the top scorer for india in challenger trophy, tri series and asia cup. pic.twitter.com/P5iMOYP4ya 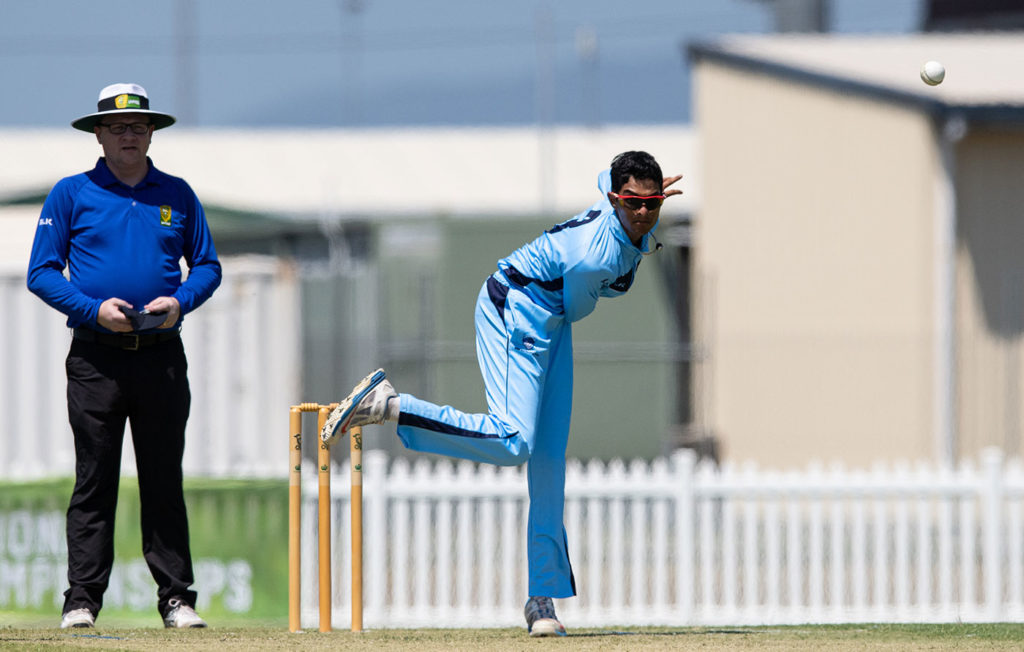 Tamil Nadu born Radhakrishnan has been making waves in Australian circles for his unique set of skills. Though he may be a left handed batter, his bowling is not so narrowly confined. The 19 year old bowls both right arm and left arm off spin and is equally handy with both. Apart from this, he is also a hard-hitting middle order batsman and and agile fielder. He was recruited as a net bowler for Delhi Capitals ahead of the 2021 IPL and has also participated in the TNPL for two seasons.

Nivethan Radhakrishnan bowls with both arms. He’s part of Australian U-19 squad. Originally from Tamil Nadu, he has had stints in TNPL & was also net bowler for Delhi Capitals. Idolises Sir Garfield Soberspic.twitter.com/OvFEKRZyCV 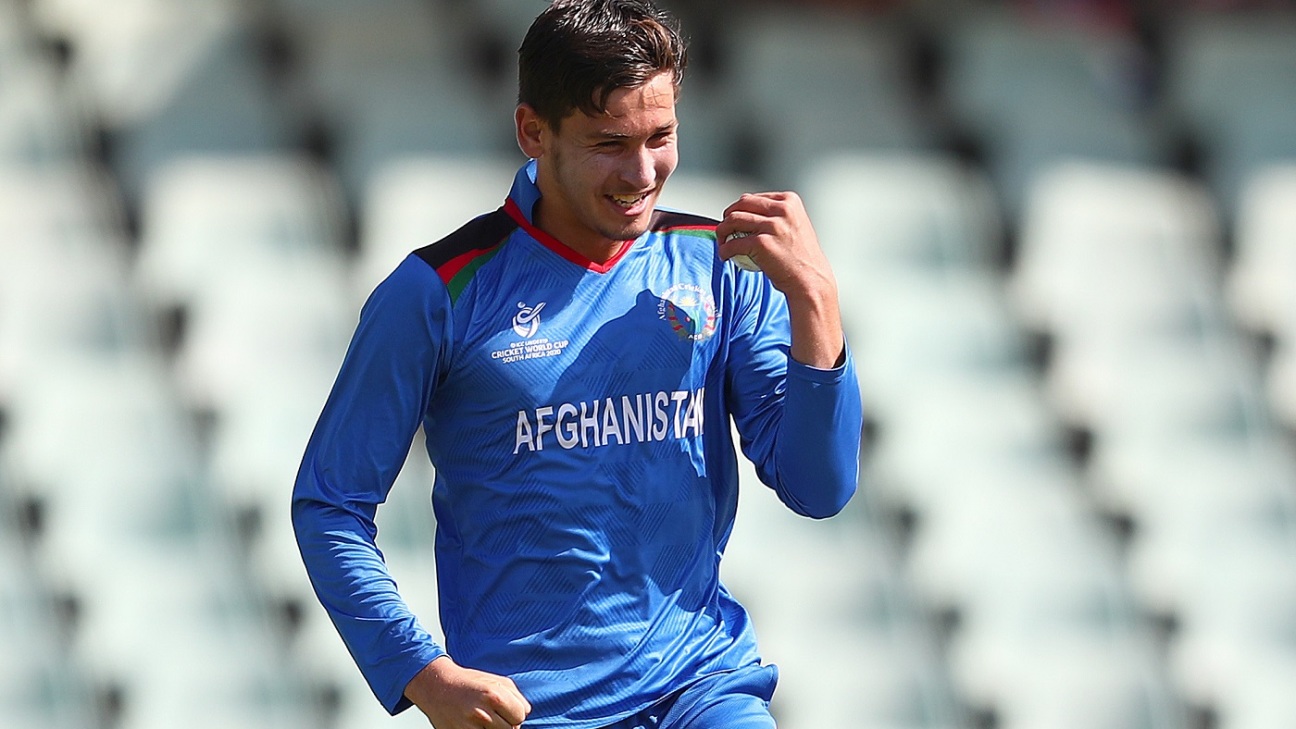 The young leggie is probably the most well known player in the list, being the latest in the endless conveyor belt of Afghan spinners. He was just fourteen when he was named in the squad for the previous edition of the tournament. Since then, he has gained invaluable experience by playing in some major T20 leagues. At fifteen, he was signed by the Melbourne Renegades where he rubbed shoulders with stars like Imran Tahir and Aaron Finch. He has also played in the CPL and PSL, with considerable success. In 33 T20s so far, he has picked up 33 wickets at an economy of 7.23. He took 7 wickets at 9.00 in the U19 Asia Cup and was his captain’s trump card  whenever the team needed a breakthrough. Get the latest cricket betting tips here in our site.

Teenager Noor Ahmad will be stoked with this one #BBL10 pic.twitter.com/Ll9ruY98jY 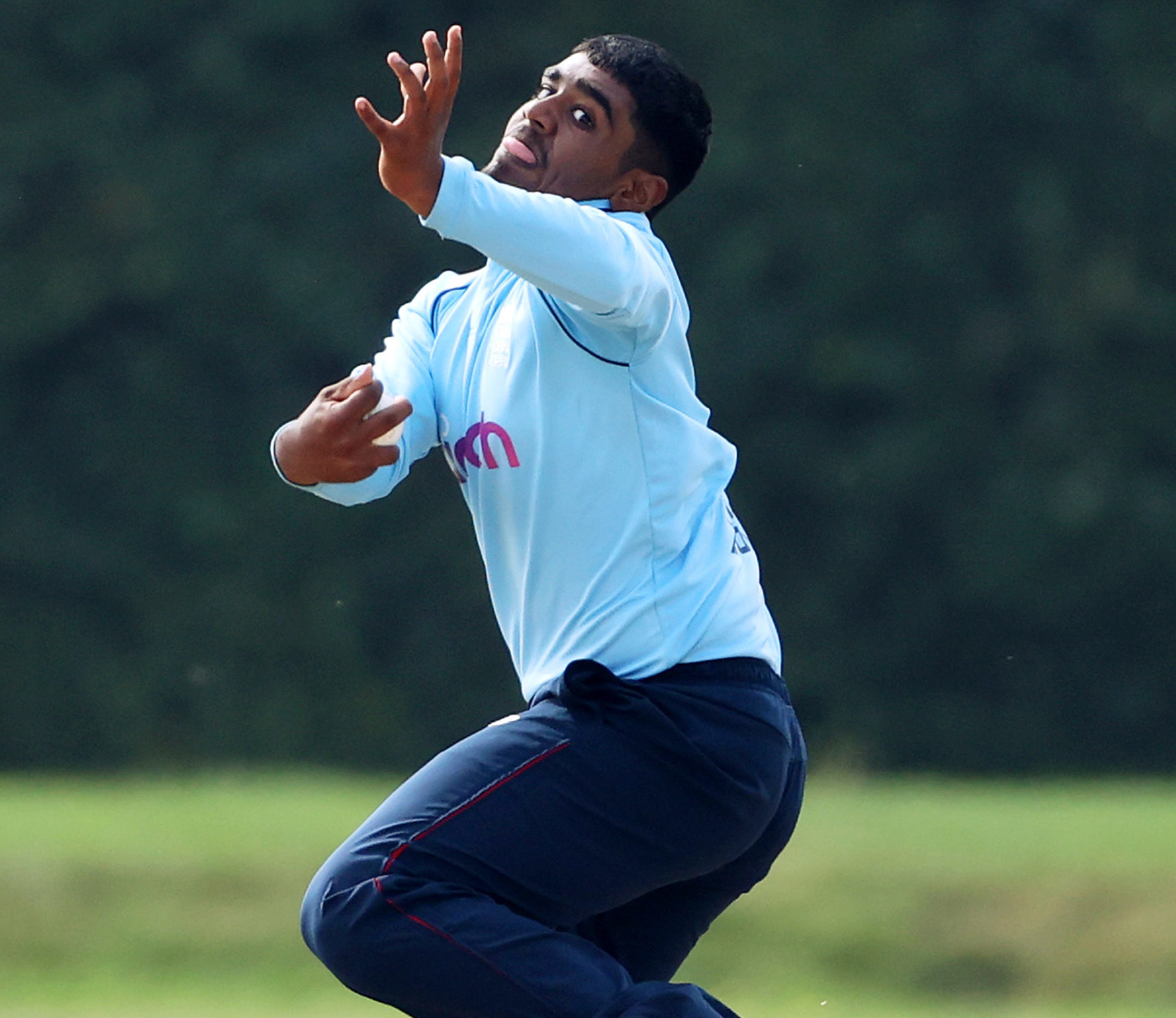 Rehan Ahmed is another blue eyed leg spinner whose main objective is to give the ball a rip. Hailing from Nottinghamshire, he made his List A debut last year and has been part of England’s U19 squads since then. At the age of 13, Ahmed had the opportunity to bowl to the England Test side. He took full toll of the opportunity, dismissing Ben Stokes with a peach of a delivery. He is also a more than handy batsman, averaging 26.42 in his YODI career so far. With the ball, he has taken 12 wickets at 18.66. If he is properly groomed, the youngster can become a mainstay in England’s white ball setup.

Thought Rehan Ahmed’s googly to seal victory for England Under 19’s yesterday was worth sharing🤌 pic.twitter.com/SFEXWqkPIl 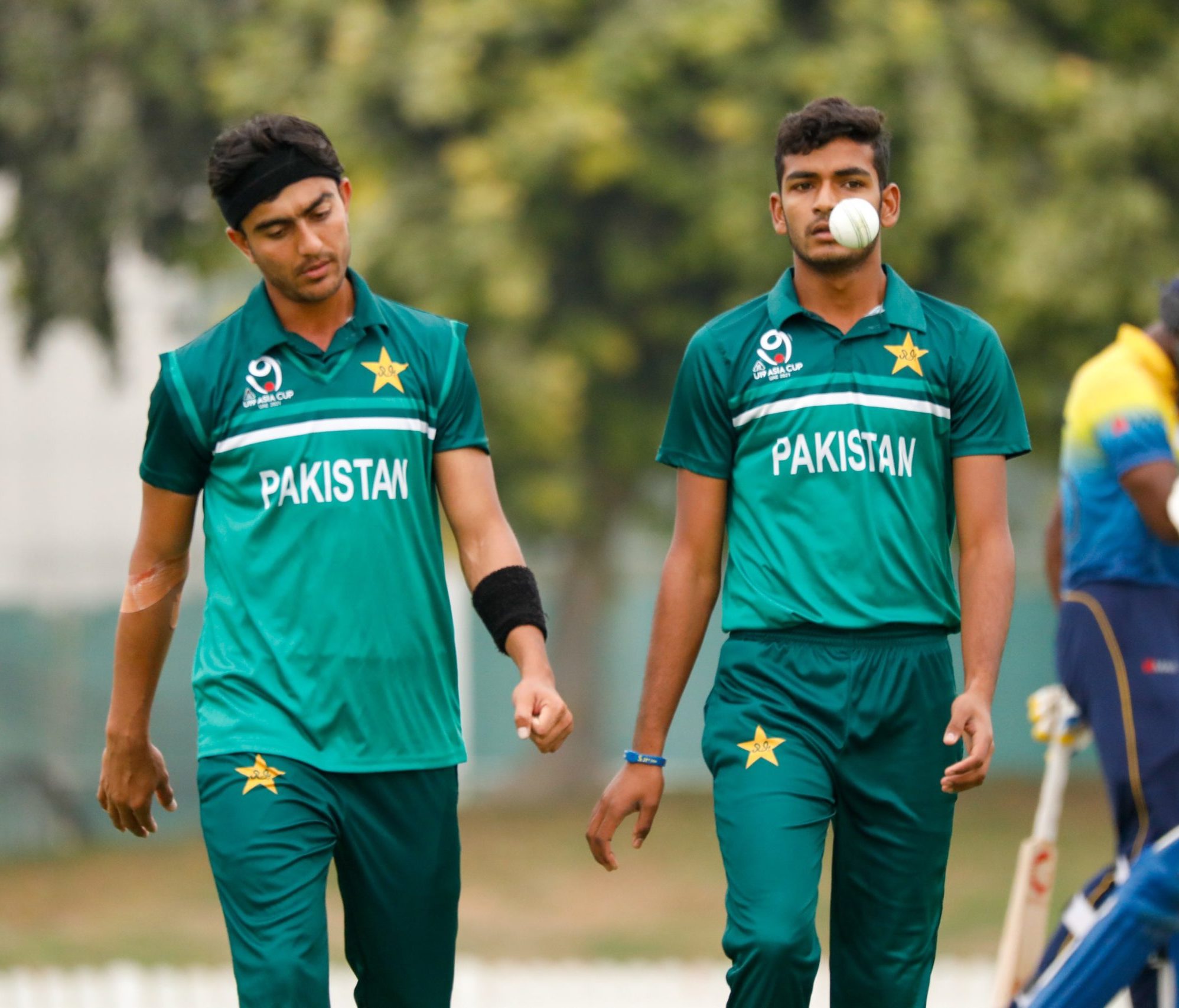 Another Pakistani tearaway, Zameer stepped into the spotlight as soon as he took up cricket. He has already played in the Abu Dhabi T10 League, even dismissing Pakistan veteran Shoaib Malik. The right arm quick also took the Asia Cup by storm, finishing as the highest wicket taker in the tournament with 11 wickets at 9.45. This included five against India, a dream for any youngster. Zameer was also part of the Peshawar Zalmi squad in the PSL, though he is yet to play a game. Looking at the success of Shaheen Afridi and Mohammad Hasnain, it will be interesting to see how he copes with the pressure of being on the International arena.  Here’s bbl cricket prediction for today.

Batsman Mohammad Shehzad and fast bowler Zeeshan Zameer battle it out in the Pakistan U19 warm-up three-day match at the GSL. #PakistanFutureStars

Shehzad completed his 100 in the first session of play pic.twitter.com/fEUP5DZ6Yj

The Tournament will kick off on 14th with a Group D double header. Australia will take on West Indies while Sri Lanka spar with Scotland. New Zealand, a major cricketing nation, had to pull out of the tournament because of the stringent quarantine regulations for its minors. They have been replaced by Scotland, who will be looking to grab this unexpected opportunity. Afghanistan too, faced VISA complications and missed out on their Warm up matches but left for the Caribbean on the 12th.

The teams are divided into four groups of four (A, B, C, D), with each team playing the others once. The matches will be played across four countries, namely Antigua, Guyana, St.Kitts and Trinidad. The top two teams from each group progress through to the Quarter Finals. The Finals will take place on the 5th of February at Sir Vivian Richards Stadium in North Sound, Antigua.