Umesh Yadav in Rehab for the Injury Suffered in England 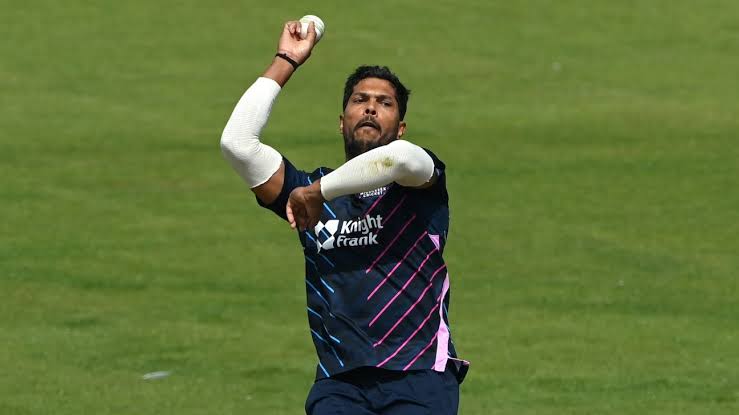 Umesh Yadav was playing for Middlesex in the Royal London One-Day Cup when he hurt his thigh. Last month, he returned to Bangalore for his recovery and is now in rehab in NCA. The Indian fast bowlers had signed a contract with Middlesex in July for both first-class and List-A formats. Umesh Yadav’s quad muscles injury will prevent him from participating in the season’s last 2 games. Bet online by checking more trusted betting sites in India for the upcoming match here on our site.

“Middlesex Cricket regrets to announce that we have been made aware that Umesh Yadav will not be returning to London to finish the season with the Club and will play no further part in Middlesex’s County Championship run in due to an ongoing injury to his quad muscle,” the club statement said. “With two red-ball games remaining in the season, away to Leicestershire next week and away to Worcestershire the following week, Middlesex were hopeful that the Indian international would be returning to the Club to play a part in the push for promotion to the top flight of the Championship structure.”

Middlesex gives an update on the injury of Umesh Yadav

In the year 2022, Umesh Yadav had a good IPL season. He took 16 wickets in 12 matches with an average of 7.06. Meanwhile, playing for Middlesex last month, the fast bowler took a 5-wicket haul that helped his team win. In merely 7 games, Yadav has 16 dismissals to his name with the best of 5/33. Additionally, became the third-highest wicket-taker with an average of 20.25 and an economy of 5.17. For more cricket betting odds and scheduled matches for the 2022 season, read here.

Middlesex in the Royal London One-Day Cup are part of group A. They hold the fourth position in the points table with Sussex at the top. Middlesex played their last game against Sussex where Sussex emerged victorious. The final on September 17th for Group B will be played between Kent and Lancashire.