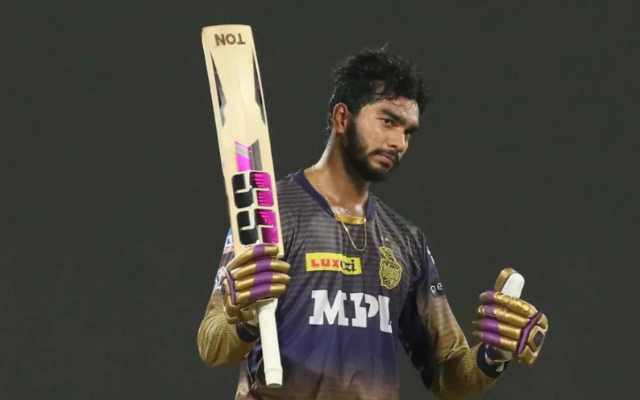 Kolkata Knight Riders all-rounder Venkatesh Iyer, who was recently selected in the India squad for the T20I series against New Zealand, said he takes inspiration from England all-rounder Ben Stokes and wants to emulate him in international cricket. Iyer reaped rewards for astounding Indian Premier League, where he scored 370 runs from 10 matches at an average of 41.11 with 4 half-centuries. He also picked three wickets in the tournament. Check T20 blast prediction here.

Meanwhile, Stokes is arguably the best all-rounder at the moment. He has played crucial roles in innumerable wins for England. “What Ben Stokes does for England or any other team he plays for, that is quite inspiring. He is a match-winner in every format. He contributes in all three departments equally and he’s such a big asset for the team.

“Watching him play I feel like this is something that I really want to become… Contribute in every format and in every position, take wickets with the ball and become a safe slip fielder like Stokes. Which team wouldn’t want a player like Stokes? I am inspired by Ben Stokes,” Iyer told Sports Yaari.

The India-New Zealand Test series will start on November 17, with matches to follow on November 19 and 21. The series will be a great opportunity for Iyer to cement his place in the team, especially with uncertainties over Hardik Pandya’s bowling.