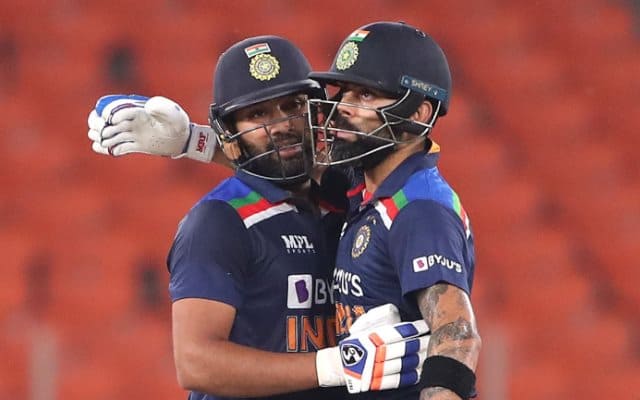 If reports are to be believed, Indian skipper Virat Kohli and his white ball deputy Rohit Sharma have sorted out their differences during the India – England series. Both were known to be good friends before they parted ways after India’s loss to New Zealand in the ICC Cricket World Cup semi final. However, according to a well-placed source, the two senior members of the side had a sit-down and sorted out their issues. During the ODI and T20I series, the two were seen having fun with each other during the matches. Is parimatch legal in india? Yes,  They had licenses which makes them legitimate.

The source coming from TOI has also revealed that the head coach Ravi Shastri played an important role in solving their alleged rift. “Like all professionals, Virat and Rohit too would have their disagreements from time to time. But until recently, they never thought of sitting down and talking it out with the kind of clarity that is now visible,” the source said.

The source also pointed that the two cricketers have decided to stay in the public’s eye more often. This has been done to ensure that all the outside noise, which has often made their relationship more difficult, vanishes. The two were seen sharing laughs during the India-England series, which wasn’t the case in India’s previous assignments.
Take a look our cricket betting tips free today. Get more free tips from us.

“During the One-day series, Virat made it a point to keep his discussions on with Rohit constantly during the game. These things would happen earlier too, but this one time they’ve decided to make it more visible for outsiders to know that all this chatter now needs to stop,” added the source.