Home » News » Virat Kohli: ‘He Has Got To Find His Way’, Sourav Ganguly Delivers Strong Verdict On Virat Kohli’s Form

Virat Kohli: ‘He Has Got To Find His Way’, Sourav Ganguly Delivers Strong Verdict On Virat Kohli’s Form 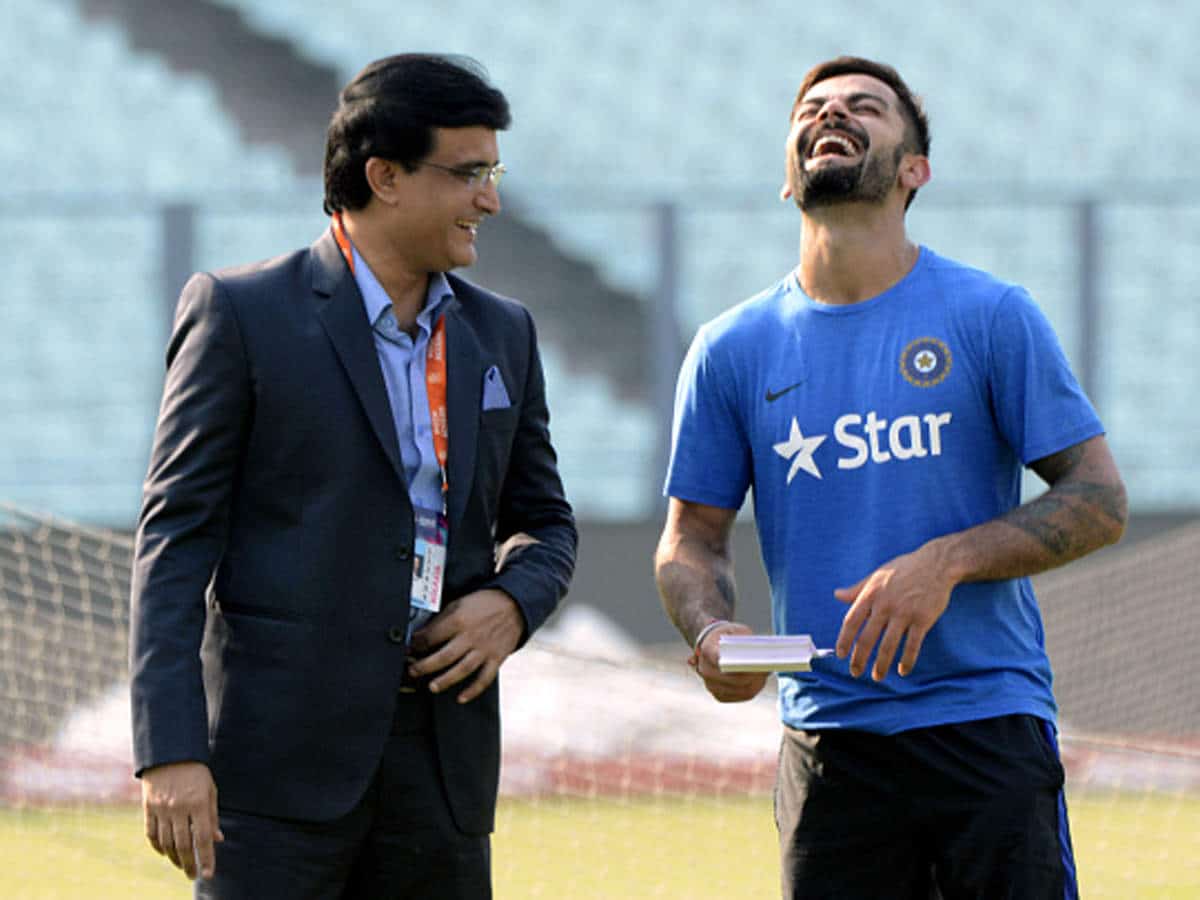 Virat Kohli: Although Team India has recently put on a strong performance in the white-ball forms, one of the team’s urgent worries has been the form of its ace batter Virat Kohli. The former Indian captain has had a protracted slump with the bat; after underwhelming in the Indian Premier League (scoring just 341 runs in 16 games), Kohli’s bad record carried over to his comeback to the shortest format of international play. In addition, Kohli struggled in the rescheduled fifth Test against the team, scoring only 11 and 20 at Edgbaston. Seeking official betting sites in India? Learn how to find the right one for you and explore your sports betting options.

He scored 1 and 11 in two games against England. Sourav Ganguly, the BCCI president and the former captain of India, has spoken in-depth about Kohli’s bad form and insisted that the great Indian batter will have to figure things out for himself.

Virat Kohli: “He Has Had a Tough Time”: Sourav Ganguly

“Of course, look at his numbers in international cricket. That doesn’t happen without ability and quality. Yes, he has had a tough time, and he knows that. He has been a great player himself. He knows by his own standards it has not been good, and I see him returning and doing well. But he has got to find his way and become successful.”

Virat Kohli’s recent struggles have drawn much criticism, and several former cricketers, including the legendary Kapil Dev and Venkatesh Prasad, have even questioned whether he belongs in the T20 squad.

Due to a groin issue, Kohli missed the first ODI and probably miss the second one due to a groin issue. Virat Kohli, the top batter, is having a difficult time, and a slight groin injury has only worsened matters. Since Kohli’s previous century was back in 2019, the issue has been concerning for a while.