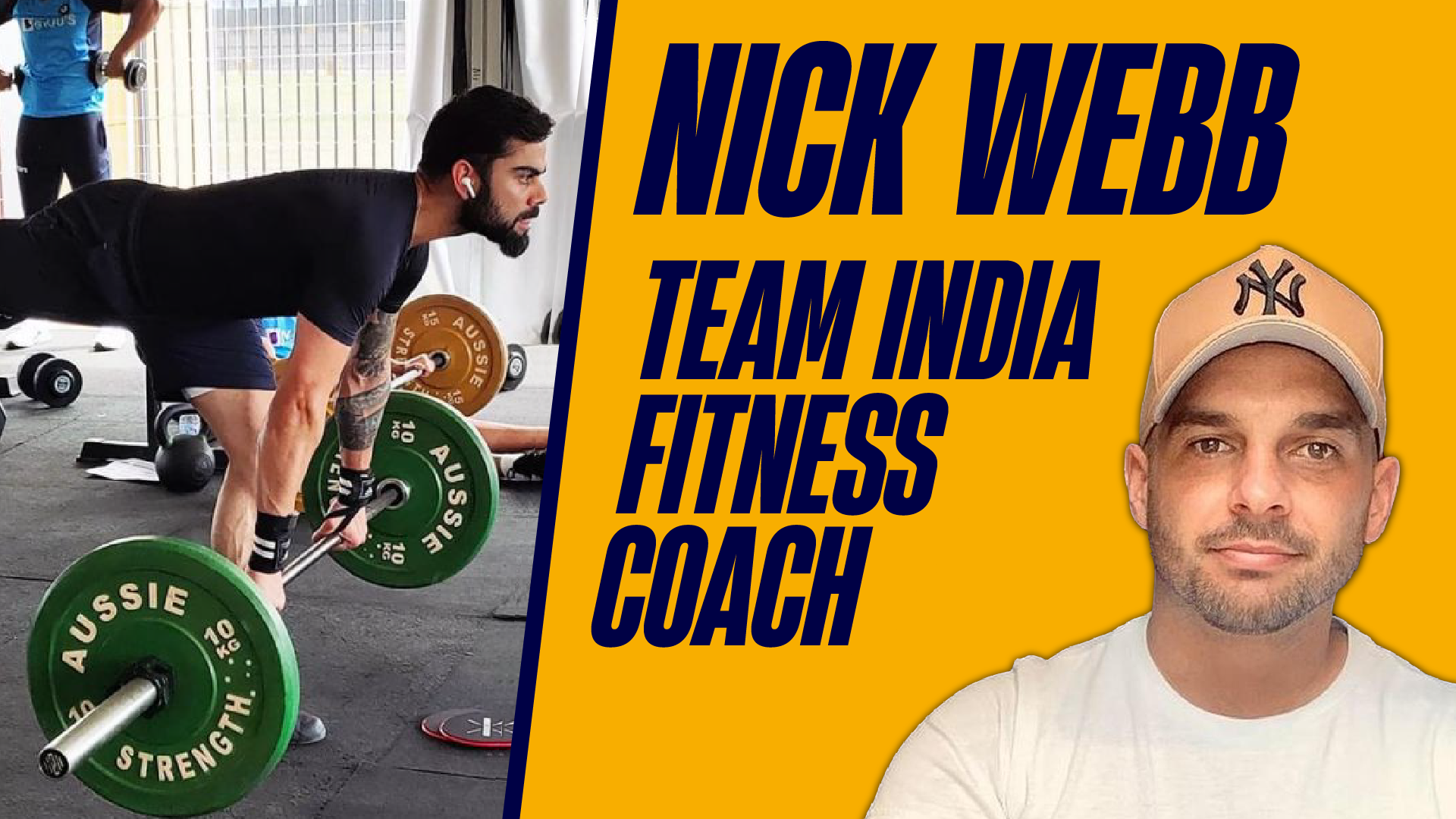 In an exclusive interview with Crictips, Nick Webb spoke about what it’s like to be inside the Indian Cricket Team dressing room. He stated that the Indian players might look aggressive on the field but are extremely welcoming outside of it. Nick Webb announced in October this year that he would step down as India’s strength and conditioning coach after the T20 World Cup 2021. Read more about t20 blast here in our website.

“This Indian team can win from any place or any part of the game, any day in a Test match. Whether we have got our backs against the wall or we are right on top, we will come back from any position. Credit should be given to the coaches and Virat Kohli and other senior players.” Nick Webb told to Crictips interviewer.

“I have had this conversation with him where he said he wants to play till he is forty.

“These guys are very talented and they are here for a reason. With a 1.4 billion population, you have to be very very good. I guess that’s the broad idea around what’s the dressing room is like. They are a great bunch of guys. You probably see the fearless players on the field but behind the scenes, they are very fun and are extremely welcoming. They love a joke, they love a laugh, like one.”

Webb also credited India’s former strength and conditioning coach, Basu Shankar, for bringing a change in the Indian culture with regards to fitness. He stated that he was fortunate enough that Basu had already laid an excellent foundation of athleticism in Indian Cricket.

“I certainly can’t claim on when that change in the culture happened. I think Basu Shankar (India’s former Strength and Conditioning Coach) set an excellent foundation of athleticism. He identified that if India is going to compete consistently on the international stage, you need a level of athleticism. And not just in the playing eleven but a good 40-50 players.” He added.

“Virat Kohli is at a level now where he understands his body so well. He is always looking for that one-two percent extra that he can add to his routine.”

Nick Webb went on to praise Virat Kohli for his desire to excel in terms of fitness and other aspects of life. He revealed that the Indian skipper gives as much time to recovery as he much he gives to his training. He further said that Virat Kohli has got the desire to play till he is 40 years old.

“Virat Kohli is at a level now where he understands his body so well. He is always looking for that one-two percent extra that he can add to his routine. He understands what he needs and he is looking at things like recovery. For him, his training is hitting the gym, running, which is absolutely fine but how he recovers is very important. The tools that he uses, when! How! the equipment that is available to him, he makes sure he has that in his bag.”

“I have had this conversation with him where he said he wants to play till he is forty. And, he doesn’t want to be one of those older players where he is a passenger in the team. He wants to be diving around, be as athletic as he can, and scoring hundreds when he is forty.” He concluded.

Nick Webb took over the role of India’s strength and conditioning coach from Basu Shankar after the culmination of the ICC World Cup 2019. He served the role for two years. His stint with the Indian Team got ended after the ICC T20 World Cup 2021.  Do check our latest cricket tips and tricks here.