VIRAT VS BCCI: “Everyone Has Seen That Things Haven’t Been Going Well,” Says Manoj Tiwary 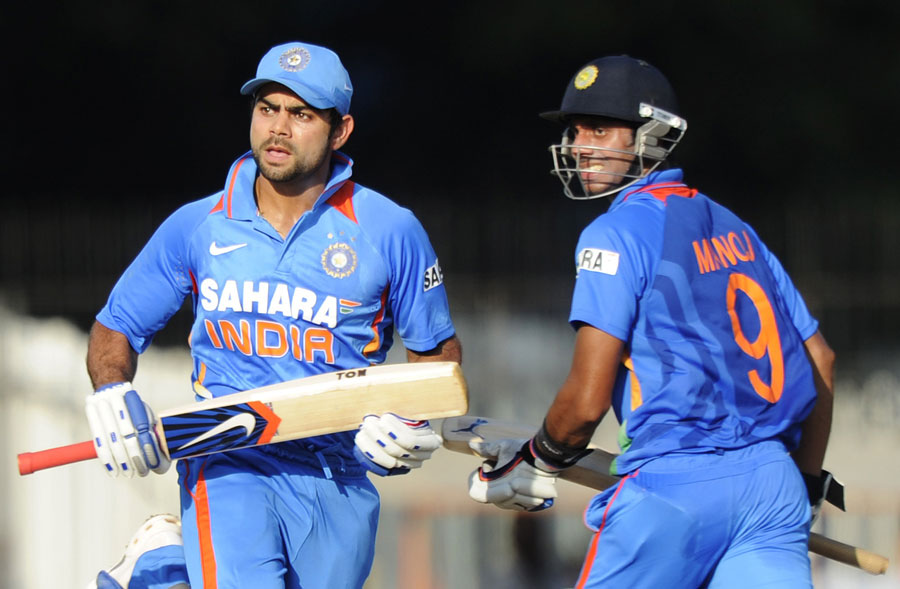 VIRAT VS BCCI: In the last four months or so, Indian cricket has been surrounded by plenty of controversies, revolving around power politics. While Virat Kohli gave up the T20I, Test and IPL captaincy on his own, he was sacked from the ODI captaincy before India’s tour of South Africa. The authority of one of the most powerful captains has taken a serious hit. And, the shift in power has left Indian cricket in a panic situation.

The root cause of the controversy has been contradictory statements given by Kohli and the BCCI President Sourav Ganguly. In his first press conference after he was sacked from the ODI captaincy, Kohli spoke that he wasn’t told to not leave the T20I captaincy – opposing Ganguly’s statements.

However, the chief selector Chetan Sharma, while announcing the squad for the three-match ODI series against South Africa, affirmed Ganguly’s words and told that they did ask Kohli to reconsider his decision. If you are looking best betting tips. Do check here in our site

It shouldn’t have happened in public: Tiwary

VIRAT VS BCCI: In an interview with Sportskeeda, Manoj Tiwary spoke on this matter. He said that the situation should have been handled better by both parties, and the problem could be resolved via a face-to-face meeting. When asked whether this saga would affect the ‘team morale’, Tiwary said,

It affects the team environment for sure. A healthy and good atmosphere is necessary to be in a good space, as a team and also as an individual. Everyone has seen that things haven’t been going well between the BCCI and Virat. It shouldn’t have happened in public. There are mature people on both sides, so these things shouldn’t come out in public.

He also added that Kohli shouldn’t have resigned from the T20I captaincy just before the T20 World Cup, as it shifted the focus (of players) away from the global event. Here are some safe betting apps in india.

The T20 World Cup was our priority a few months back, but Virat announced his intention to relinquish the T20I captaincy just before the tournament. Now that’s not what you would expect from a captain as a fan. All your energy should’ve been focused on the T20 World Cup. However, once the focus shifted to the captaincy issue, the problem began to snowball into a bigger controversy that could’ve been avoided.

After the Test series defeat in South Africa, Kohli left captaincy from Test cricket, relieving himself from all the decision-making power in the Indian setup. Interestingly, while giving up the T20I captaincy, Kohli had expressed his wish to lead India in ODIs and Tests.

When asked about his views on Kohli’s Test captaincy, Tiwary called Kohli a ‘fighter’ and asserted that India will miss his leadership in the longest format of the game.

His aggression on the field and his never-say-die attitude that rubs off on his teammates were his greatest qualities as India’s Test captain. He has also inculcated a fitness culture in the team, which has transformed Indian cricket.

The selectors wanted a single captain in white-ball cricket, and they found a good leader in Rohit Sharma. However, the Test captaincy post is in jeopardy, due to a lack of solid options. There are doubts whether Rohit can handle all the workload of being an opener and captain, across formats including the IPL. And, KL Rahul’s leadership qualities are also under the scanner. India are scheduled to play a Test series against Sri Lanka in the last week of February, and we’ll know by then!

Are you looking for free cricket prediction sites? Do check it here.