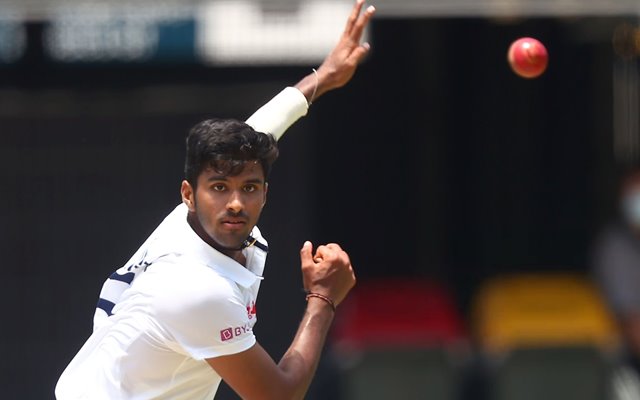 India spinner Washington Sundar is set to miss the upcoming Syed Mushtaq Ali Trophy. The National Cricket Academy (NCA) head Rahul Dravid has advised him a four more weeks of rest to recover completely from his finger injury. Sundar has been injured for a long time now. He sustained a finger injury during the warm-up game ahead of the England Test series and also missed the IPL along with the upcoming mega event. Check what’s the best betting apps for you to download.

“I have spoken to Rahul Dravid about Washi and he has told me that the player is still not ready. Rahul has advised us not to rush him and we are abiding by the suggestion,” Tamil Nadu Cricket Association Secretary S Ramaswami said while speaking to Cricbuzz.

It is understood that Sundar is completely fit to bat but is still facing problems while bowling. Also, even if he bats, an injury to index finger can aggravate. “He still has some problem bowling because the index finger of his right hand has not healed. He can play as a pure batsman but stands the risk of aggravating his injury,” Ramaswami further added.

Even Dinesh Karthik who recently played in the Indian Premier League (IPL) for the Kolkata Knight Riders is unavailable due to a knee issue for Tamil Nadu for the T20 tournament. He was appointed the skipper earlier but Tamil Nadu will now be led by Vijay Shankar. “Karthik had played the IPL playoffs (for Kolkata Knight Riders) after taking injections. So we have replaced him with Vijay Shankar as captain,” Ramaswami said.