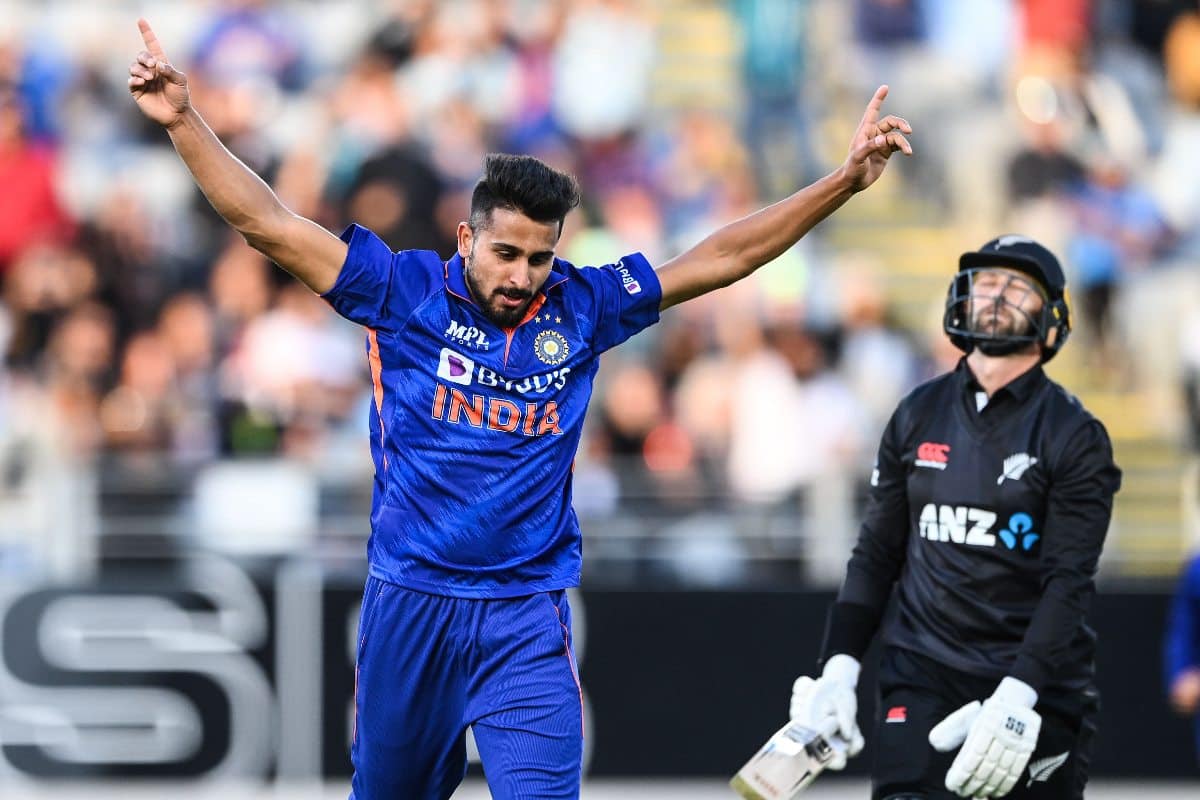 Former Indian player Wasim Jaffer shared that the ODI format is more suitable for young speedster Umran Malik in comparison to T20Is. He also added that the pace bowler can make use of short balls a lot more effectively in ODIs as well. However, Umran, 23, made his ODI debut against New Zealand on Friday, November 25, in Auckland in the first match of the three-match ODI series. He dismissed Devon Conway and Daryl Mitchell but gave away 66 runs in his 10 overs as well.

Meanwhile, alongside Umran Malik, left-arm seamer Arshdeep Singh also made his ODI debut in the same match. While talking about the performances of both debutants, Jaffer said during a discussion on ESPNcricinfo:

“This format suits Umran Malik more than T20Is. We have seen in the IPL that he doesn’t have that many variations compared to this format. Here, he can use the short ball well. Arshdeep will get used to it. He’s a quality bowler and he’ll adapt pretty quickly.”

While talking about this, New Zealand pace bowler Mitchell McClenaghan stated that both Umran Malik and Arshdeep Singh would have hoped for a slightly better performance on their ODI debuts as well. He explained:

“Both debutants would have hoped for a little bit more. Malik got a couple of wickets and looked dangerous in patches. I’ve watched Arshdeep for a while now and he’s a very talented bowler. He’s going to be super important for India, not just leading into this World Cup but for years to come.”

While Umran Malik picked up two scalps, Arshdeep went wicketless and conceded a lot of runs as well. He registered figures of 0/68 from 8.1 overs as well. However, the Indian team is not expected to make too many changes for the second ODI, considering this is a three-match ODI series as well. However, Wasim Jaffer shared one change in the bowling line-up, backing Kuldeep Yadav ahead of Yuzvendra Chahal. Notably, Kuldeep was Player of the Match for his figures of 4/18 in his last ODI against South Africa in Delhi in October this year as well.

“I’ll be tempted to play Kuldeep Yadav just because he brings a little bit of mystery. He spins it both ways and he is in good form as well. India have a problem since they haven’t got a sixth bowling option. That can be a worry.“Arshdeep and Umran just played their first ODIs. Lot of inexperience for this format. I’ll be keen to have a look at Kuldeep in place of Chahal.”