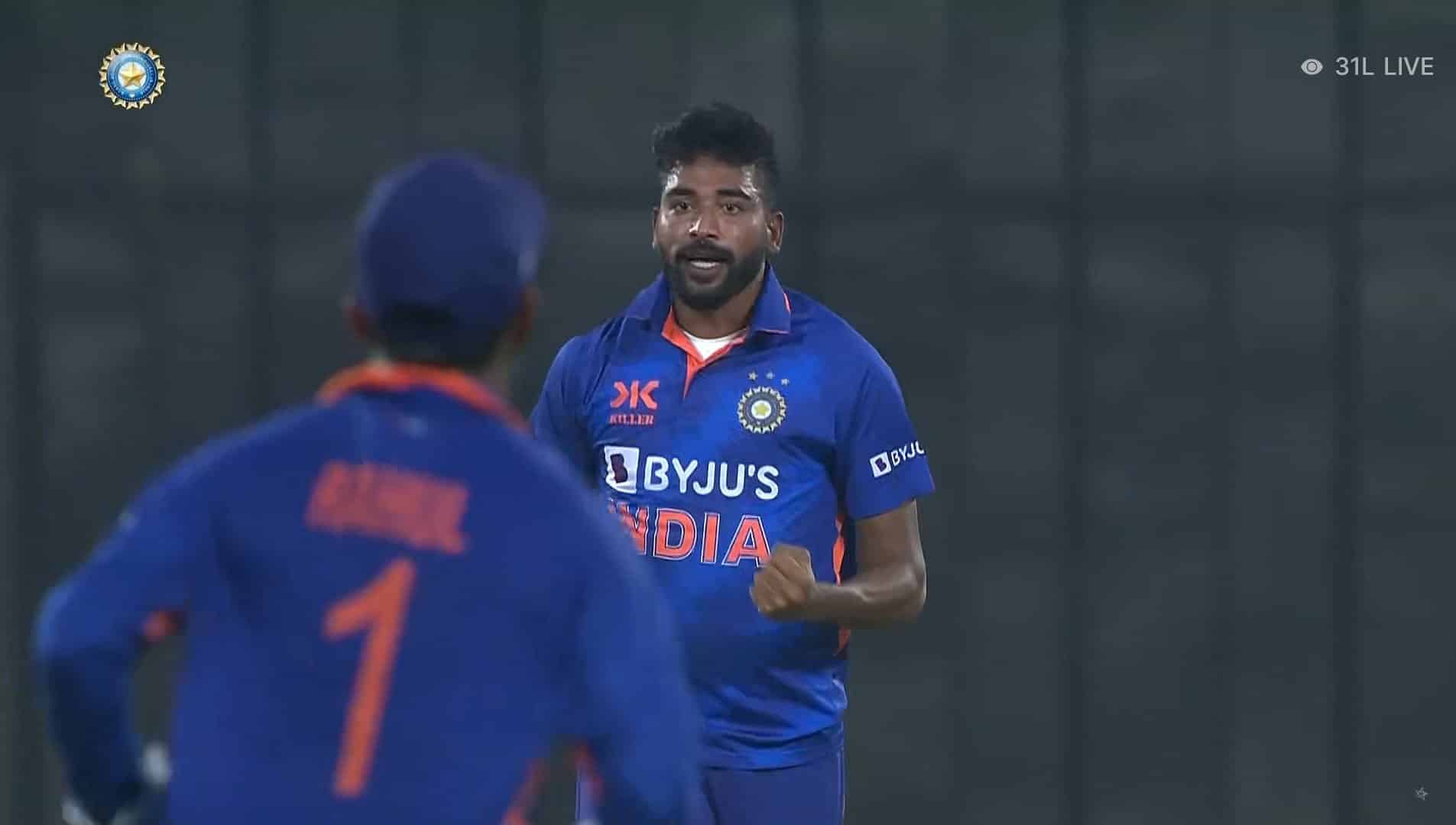 The men in blue registered their biggest margin of victory in the history of ODI cricket by 317 runs. A lot of credit for the win goes too fast bowler Mohammad Siraj. The RCB fast bowler had a poor IPL stint in 2022 that forced him to toil harder. His hard work paid off when injury ruled out Jasprit Bumrah and Mohammad Siraj got another opportunity to play for India in ODIs. The player became India’s highest wicket-taker in power plays.

During last Ind vs SL ODI at Thiruvananthapuram after the centuries from Virat Kohli and Shubman Gill, India had 391 runs to defend. The Sri Lankan side was short of two players who had hurt themselves while fielding. Siraj made the most of the situation and added additional pressure on the opposition by picking up the wicket in the second over. Thus began the collapse of the Sri Lankan side. By end of the innings, Mohammad Siraj picked up 4 wickets in 10 overs giving 32 runs and a runout too.

You can understand how much value Mohammad Siraj brings in: Wasim Jaffer

Praising Mohammad Siraj, Wasim Jaffer acknowledged that the men in blue won’t miss Jasprit Bumrah if Mohammad Siraj continues doing well. “You can feel the progress he has made as a white-ball bowler. His red-ball bowling is top-notch, but the way he has improved in white-ball cricket in the last year or so is amazing. In a way, you don’t miss Bumrah when Siraj is bowling like that. When Bumrah is not being missed, you can understand how much value Siraj brings in,” he said.

“When Mohammad Siraj burst onto the scene few years back, he didn’t swing the ball the way he is doing at the moment. His wrist position is really good. He’s top-notch; he’s got the pace, bounce. Very impressed with his wrist position,” he added. Jasprit Bumrah was out of the T20 World Cup because of a back stress fracture. He was about to return in the ODI series against Sri Lanka but as a precautionary measure has been rested. Bumrah is also not part of the squad for the first 2 matches of the Border-Gavaskar trophy which clearly states Mohammad Siraj will lead the bowling attack for India.