Watch: Andrew Tye booted from bowling against Sydney Thunder due to no-ball drama in BBL 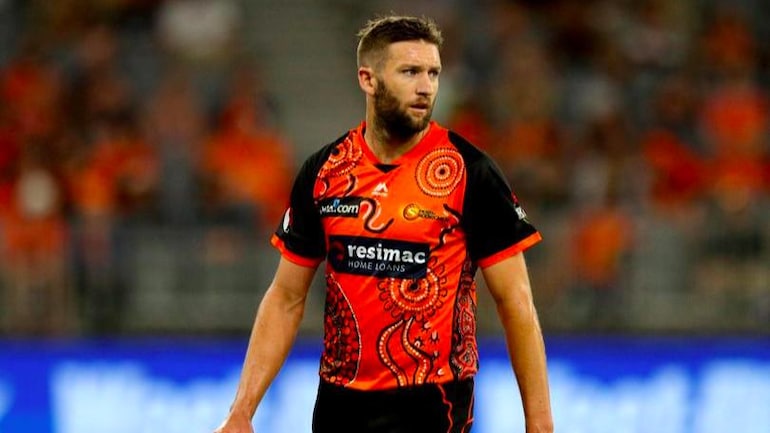 It was the first time in the 2021-22 edition of the Big Bash League that a bowler was thrown out of the field for his dangerous bowling. The 24th BBL 11 match between Perth Scorchers and Sydney Thunder saw the umpires ruling out the Scorchers’ bowler Andrew Tye for the rest of the innings for bowling two beamer balls above the waist height.

During the fourth ball of the 15th over of Sydney Thunder innings, which was also the second over by Andrew Tye, the bowler bowled a high waist full toss. Tye was trying to bowl the yorker but it went completely wrong and the batter was rewarded with a free hit.

The beamer resulted in Andrew Tye getting his first warning from the on-field umpire. The very next ball was also an extra as Andrew Tye bowled a wide ball. The seamer tried to make amends the third time. Check the bbl live score here.

However, he again ended up with the no-ball. It was another waist-high full toss that went for a boundary over cover cow region. It was again given as a no-ball along with the umpires declaring it as the second beamer from Tye.

With the delivery, the bowler also reached the maximum limit of beamers in the game and he was thus prohibited from bowling further in the match. It was Lance Morris who replaced Tye and bowled the remaining three balls in the over.

Two dangerous no-balls, and he's out. Here's why AJ Tye finished the innings with 1.3 completed overs to his name…@KFCAustralia | #BBL11 pic.twitter.com/nuTs6XF3LI 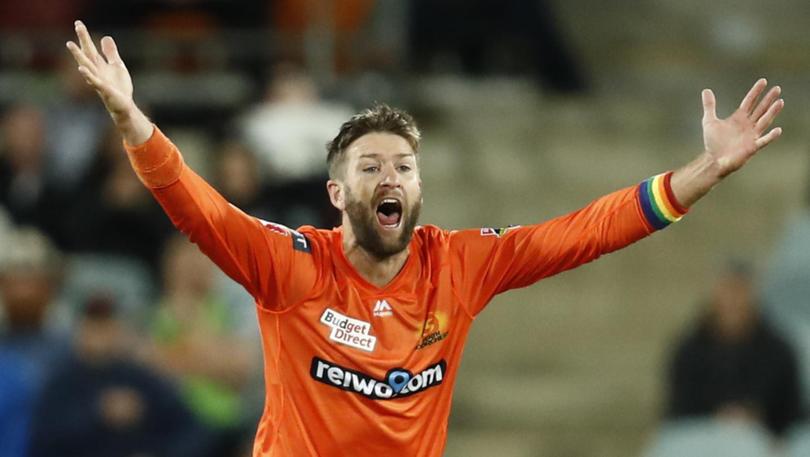 Big Bash rule 42.3.c (iv) states: “Should there be any further instance (a second dangerous ball) by the same bowler in that innings, the umpire shall call and signal No ball and when the ball is dead direct the captain to take the bowler off forth with.

Before walking out of the field, Tye conceded 26 runs in his 1.3 overs while picking up a lone wicket in the form of Sam Billings. Tye made a promising contribution with the willow as he smashed 44 runs off just 25 balls. The 35-year-old hammered three boundaries and as many maximums during the match. Here are the top betting apps in india.

As far as the match is concerned, Perth Scorchers recorded their first loss of BBL 2021-22, Sydney Thunder delivered a splendid performance to secure a 34-run win. Batting first in the match, Thunder added 200 runs on the scoreboard in their allotted 20 overs.

Jason Sangha was the highest run-scorer for his team as he remained not out to score 67 runs off 25 balls. Chasing the total, Perth ended up with only 166 runs. Though the team lost the game, they are still ruling the points table with 21 points to their name.

Sydney Thunder, on the other hand, have now climbed to fourth place in the standings with 13 points. They have three victories and as many losses to their credit. Get free betting tips and tricks here in our site.