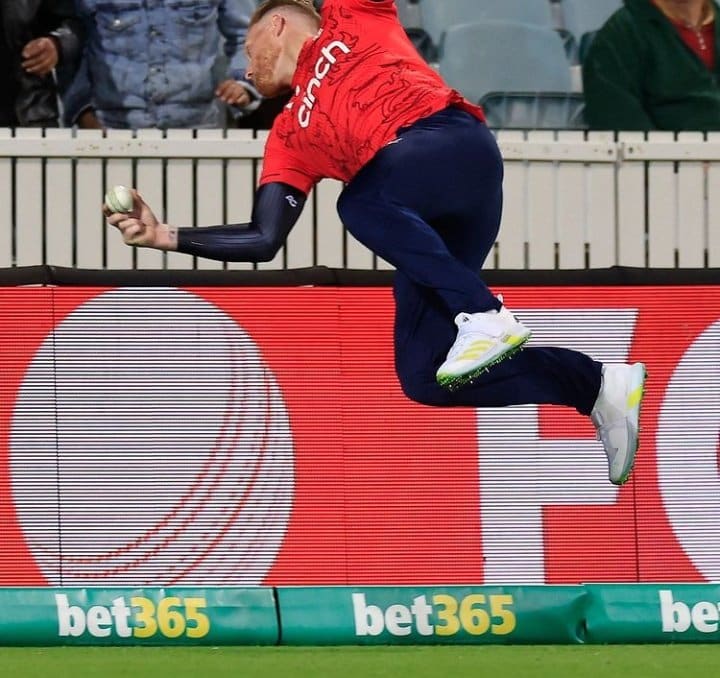 Australia and England are facing each other in the second T20I at Manuka Oval. The 3-match series has England in the lead after winning the first game by a close margin of 8 runs. In the second game, Australia made 1 change to their side bringing back Maxwell in place of Cameron Green. Meanwhile, Chris Jordan finally got a game for England after his recovery from a finger injury.

After the early return of Jos Buttler and Alex Hales, Dawid Malan was the man for the team. Malan in 49 balls with the help of 4 sixes and 7 fours was the lone wolf for his team. All-rounder Ben Stokes as well as Harry Brook failed to live up to the expectations. However, down the order, it was Moeen Ali’s other quick-fire innings that helped England reach 178 runs. Marcus Stoinis and Adam Zampa were the most impactful bowlers on the Australian side. Stoinis picked up dangerous Hales, Malan and Brook, while Zampa took the wickets of Ben Stokes and Moeen Ali.

Coming out to chase, it wasn’t David Warner’s day and Australia was 2 down for 22. Glenn Maxwell continued with his poor patch with the bat and was gone on a single digit. Mitchell Marsh kept the runs coming from one and then it was Tim David who stood up with the bat. Both Marsh and David contributed 40-odd runs. However, before David came to bat, Ben Stokes pulled out an exceptional fielding effort that gained praise from everyone.

Watch: Ben Stokes stops a brilliant 6 at the boundary

On the first ball of the 12th over, Marsh made the decision to embrace responsibility for the mission himself. He sent Curran with a full-pitched ball for what was expected to be a 6 in the distant area. Ben Stokes, however, after pulling an acrobatic and jaw-dropping grab at the ropes almost stumbled. Making use of his presence of mind, Ben Stokes immediately threw the ball inside the ground before touching the boundary. In the same over Curran took Stoinis’ wicket. In the end, England emerged victorious and won the series with 2 back to back victories.