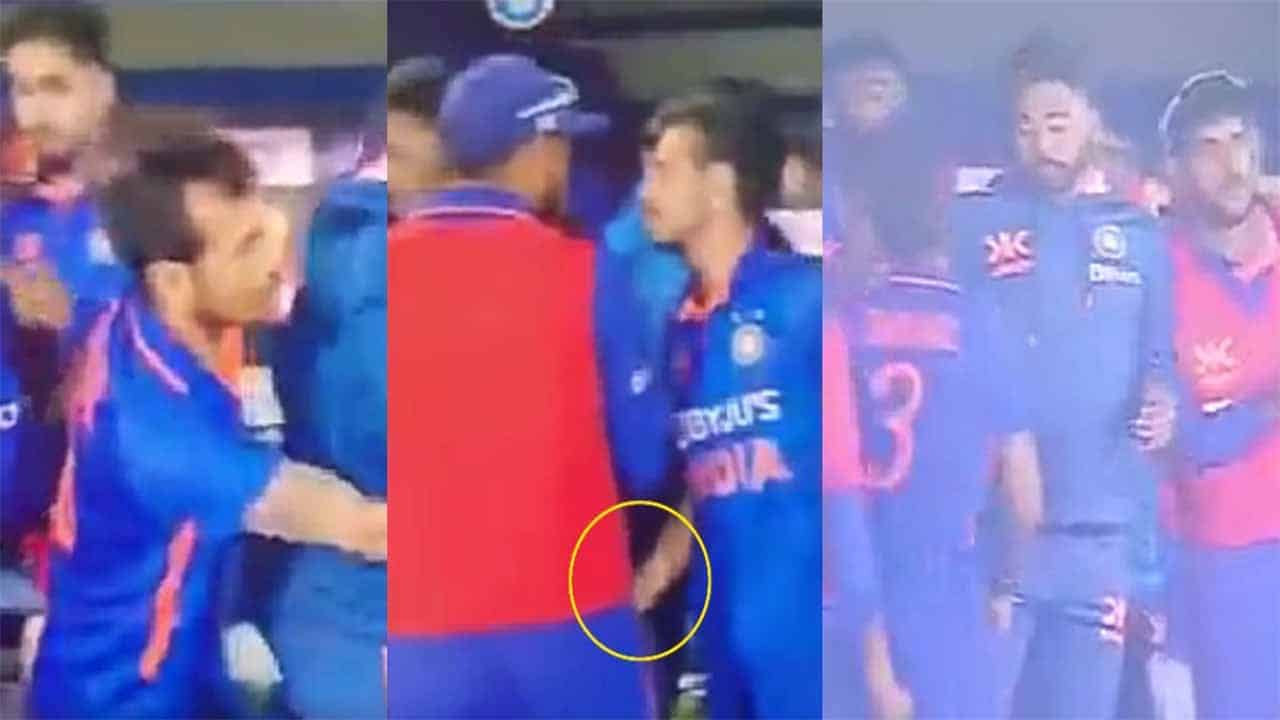 The Ind vs NZ second ODI will be remembered for a long time by the fans of men in blue. The Indian bowlers not only dominated the opposition batsmen but destroyed them too. During the powerplay of the second ODI, the New Zealand side was 15-5. Glenn Phillips, Michael Bracewell, and Mitchell Santner tried to keep the scoreboard moving. However, it wasn’t their night, and they were all-out for 108 runs.

The squad was able to complete the play in 20.1 overs thanks to Rohit’s 51 runs in response. India now has an insurmountable 2-0 edge in the three-match Ind vs NZ series after winning their second home ODI series of the year. There wasn’t much in the pitch that provided movement to the fast bowlers. It was after India’s victory that Yuzvendra Chahal was caught on camera playing around with Shahbaz Ahmed.

While all the others in the dressing room were shaking hands celebrating the victory of the Ind vs NZ series. Yuzvendra Chahal of India performed an obscene act with Shahbaz Ahmed. During the live match, Chahal was seen touching Shahbaz’s private parts. However, this isn’t the first time something like this has been done by Chahal. The leg-spinner is known to be the fun mischievous guy on the team. This year, Chahal has just played one game during the Ind vs SL ODI series.

After the victory, Rohit Sharma said, “The last five games, bowlers have really stepped up. Whatever we have asked of them, they have stepped up and delivered. You don’t usually see this type of seam movement in India, you generally see it outside India. These guys have some serious skills, they work really hard and it’s great to see them being rewarded. The confidence is high within the group and that’s great to see. I’m trying to change my game a bit now, have been trying to take the bowlers on and I think that’s important. I know the big scores haven’t come, but I’m not too worried about it.”

Now that the men and blue have won the Ind vs NZ series, Rohit Sharma might bring some changes. Maybe he could rest Kuldeep Yadav in the next game at Indore. One more victory in the Ind vs NZ ODI will make India the no.1 ODI team in the world.