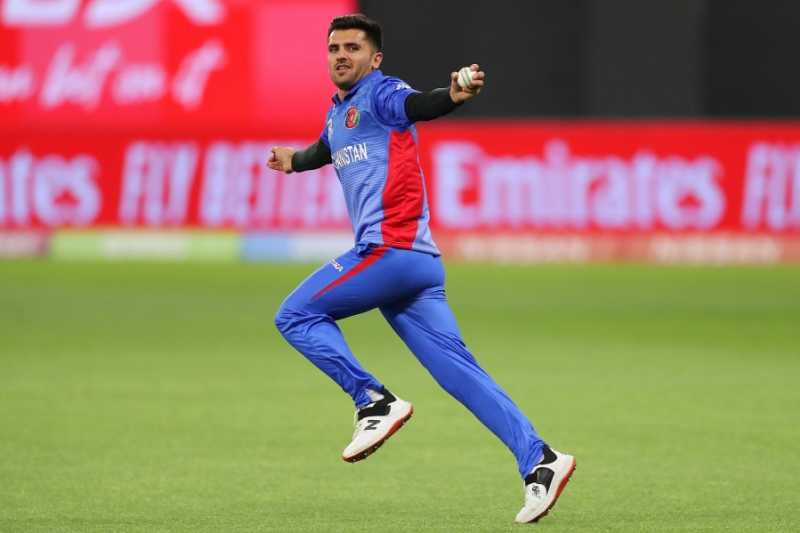 Zayed Cricket Stadium on Saturday hosted the ILT20 competition between MI Emirates and Abu Dhabi Knight Riders. By winning by a margin of five wickets, MI Emirates climbed to 3rd spot on the leaderboard. On the other hand, Abu Dhabi Knight Riders, who are yet to record even one victory in the tournament, kept its position at the bottom. However, during this competition, the Afghanistan bowler Fazal Farooqi delivered a rather weird ball.

The incident took place during the second over when Abu Dhabi Knight Riders were batting. The delivery by Fazal Farooqi caught the attention of everyone. The ball fell out of Farooqi’s grasp and went over the head of not just the batsman but the wicket-keeper too. The lack of control over the ball from Fazal Farooqi was such that the beamer rose to a peak height of some 20-odd feet, clearing the 30-yard circle without a bounce before it found its path to the boundary cushions.

That delivery was later on called a no-ball from the umpire. Moreover, Fazalhaq Farooqi’s erratic behavior persisted for the majority of his first two overs, during which he conceded 23 runs to be scored. However, the bowler made up for his mistake by bowling excellent 2 overs at the end of this ILT20 game and did not give up a single boundary.

The game ended in a dramatic fashion. Batting first, the Abu Dhabi Knight Riders made 170 runs. MI Emirates were only able to chase down the target on the last ball with a six. After the victory, Kieron Pollard said, “Obviously DJ was there, he’s an experienced campaigner and we know what Najibullah can do, so my money was on my team (at the start of the last over). It was a good game. We weren’t at our best with the ball, we tried to get wickets rather than trying to contain them but that’s why you have two innings and our batters bailed us out. We can do better as a bowling and fielding team.”

Fazal Farooqi was in the news last month too, due to his allegedly unsuitable interaction with a Big Bash League employee that led to his elimination from the competition. So far in the ILT20 competition, he has picked up 5 wickets. MI Emirates will play their next game against Desert Vipers on January 24.