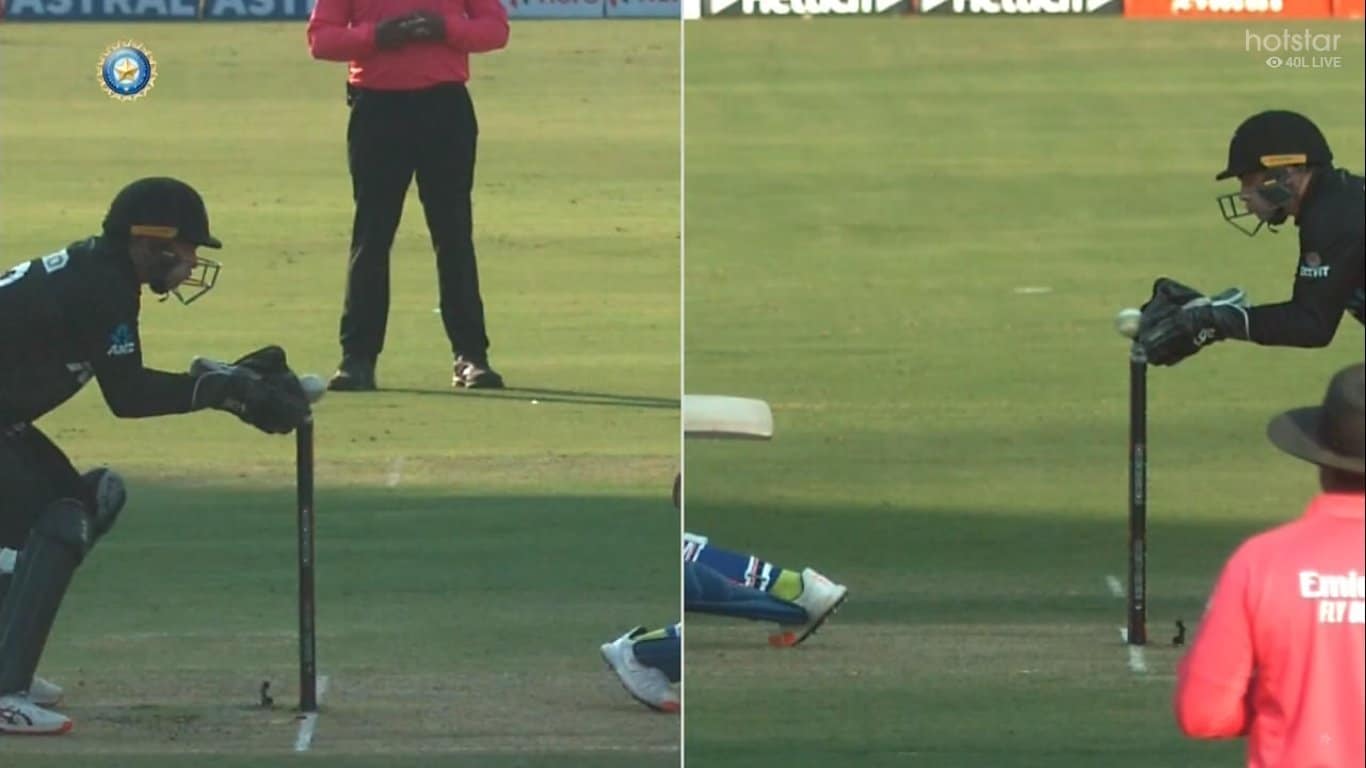 The cricketing community is not unaware of the umpiring errors. Despite having the help of technology, sometimes certain decisions can go wrong. Hardik Pandya was the victim of poor decision-making during the Ind vs NZ ODI. The men in blue batting first lost a couple of quick wickets after a good start. After Suryakumar Yadav got out, Hardik Pandya walked in to support Shubman Gill in the middle.

Indian vice-captain Hardik Pandya, who was hoping to bank on his start in the 1st ODI against New Zealand, was involved in one of the most bizarre dismissals in the modern era of the game. The incident happened during the 40th over of India’s innings. The fourth ball of the over saw Hardik Pandya struggling for space within the crease as the player attempted to execute the cut shot. When the bail was removed, New Zealand appealed for a bowled dismissal. Even so, it appeared to be the keeper’s deflection. Multiple replays were requested by the third umpire, who also used UltraEdge to verify if the ball had even touched Hardik’s bat.

A bewildered Hardik Pandya was forced to leave when the third umpire decided in favor of Latham. Hardik’s wicket raised questions about the legitimacy of the dismissal. A similar incident took place later in the innings too. When Shubman Gill was batting, Tom Latham’s gloves dismantled the bails but this time it was clearly visible that it was the keeper and not the batsman. The Indian dugout wasn’t happy about the dismissal of Hardik Pandya either. The commentators too were stunned. Nonetheless, Shubman Gill’s innings helped the men in blue reach another massive score in the Ind vs NZ game.

Most umpires typically give the batter the benefit of the doubt when there isn’t conclusive evidence to demonstrate whether or not a hitter is out. Stepping into an elite club, Shubman Gill scored a double hundred and became the youngest player to do so. Michael Bracewell has scored a century and Mohammad Siraj has picked 4 wickets (46 overs)and Kuldeep Yadav has picked up 2 wickets.