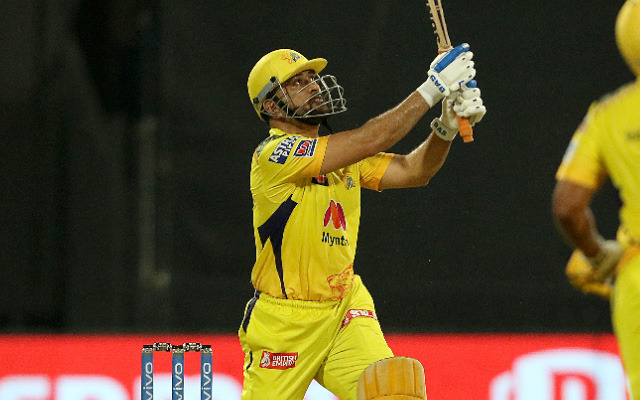 Chennai Super Kings’ (CSK) juggernaut in IPL seems to have hit a road bump, with the MS Dhoni-led side losing three consecutive games. CSK needed a win against Punjab Kings (PBKS) to confirm their second spot in the points table. However, they could not resist an on-fire PBKS and lost the match by 6 wickets. CSK batters were at fault as none barring Faf Du Plessis, who scored a fluent 76, could provide impetus to the innings as CSK could only manage 134-6 in their 20 overs. CSK had defended low scores before and given the vulnerabilities in the PBKS middle order, there was every chance of CSK coming out on top. However, little did they knew that KL Rahul will play his best knock of IPL 2021 in the match. Rahul decimated every CSK bowler and played a belligerent knock of 42-ball 98, winning the game for his team in 13 overs. Check what’s the best betting apps to download here in our website.

Post the match CSK skipper MS Dhoni said the players need to tune up a bit ahead of the playoffs. “You have to cope (when it comes to mental or skill aspect) up with that. We had played very good cricket to reach the playoff stages. We had a few bad games 2 out of 3 and one we felt like we could have a comeback and that’s part and parcel in leagues like these, you have to be at your best. Motivation is not a factor, the guys are highly motivated and maybe we need to tune up slightly as to what needs to be done,” said MSD in the post-match conference. Check our  free betting tips and tricks right here.

Meanwhile, Rahul’s knock has kept PBKS’ hopes alive in the tournament. The win in 13 overs has given PBKS’ run rate a boost, which has pushed them ahead of the Mumbai Indians (MI). If MI and KKR lose their games by big margins, PBKS might have an outside chance of qualifying. Meanwhile, CSK will hope that RCB loses their next game against DC as that will seal CSK’s second spot. It’s important to finish as one of the top two teams to give yourself two shots at the final.