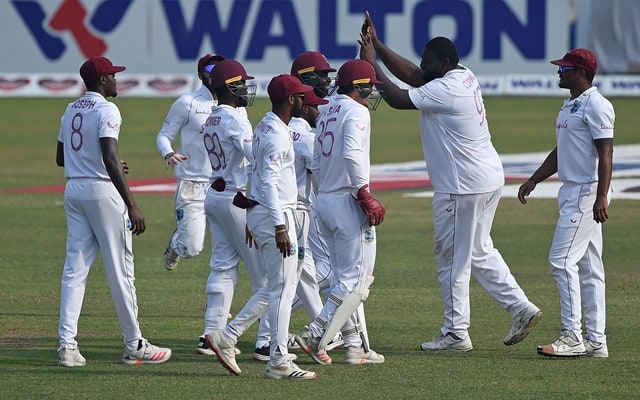 When West Indies arrived in Bangladesh, no one gave them a chance against this Bangladesh side, but they’ve done something that other Test stalwarts have failed to do in recent times. A 2-0 win is big, especially when you consider the lack of experience in their team after players like Jason Holder, Roston Chase, Darren Bravo pulled out of the Test tour.

But the newbies have stepped up to the occasion and delivered a magnificence series win. Kyle Mayers was the star of the previous match, Rahkeem Cornwall had its say in the next game. The batting from Nkrumah Bonner and Joshua Da Silva, there are so many positives to take from this series win. Check our latest 4rabet app review here in our website.

West Indies dominated Bangladesh for most part of the game but a batting collapse in the second innings gave the hosts a sniff. They were bowled out a paltry 117, setting up a target of 231 for Bangladesh to win. Had they lost this match, it would have been heartbreaking but they were not ready to give up and bundled out the Tigers for 213, winning the match by 17 runs.

Earlier, Bangladesh started their chase with a positive intent, scoring 59 runs in 12 overs before the spinners triggered a collapse and Bangladesh were reduced to 118-9. The match was done at dusted by then but a flurry of boundaries from Mehidy Hasan made the game very interesting. In the 59th over, he stroked Rahkeem Cornwall for a six over long-off and then slogged sweep him for a boundary. He then collected 10 runs of Cornwall in his next over to bring the equation down to 20 runs. Take a look this ipl cricket tips free from experts.

The match could have gone either way from here but Jomel Warrica removed Hasan to seal an impressive victory for West Indies. Tamim Iqbal was the lone warrior for Bangladesh and stroked a top class 50 but the hosts needed him to stay for a longer period. For West Indies, Rahkeem Cornwall was the main destroyer with 4 wickets to his name. The win will go down as one of their best victories in recent time. The young guns have shown enough promise and West Indies can build up a strong team around them.