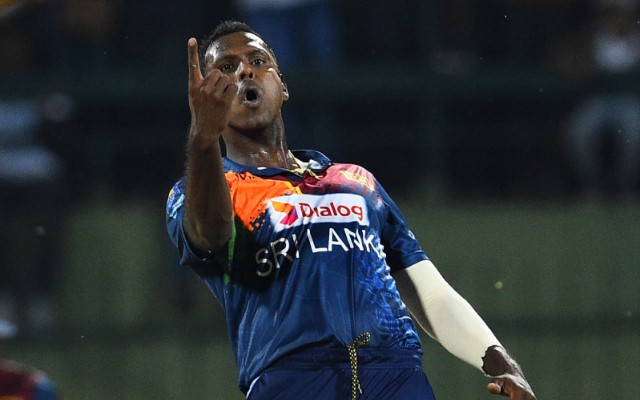 West Indies are set to host Sri Lanka for three T20Is, as many ODIs and two Test matches in March. The visitors have reached in the Caribbean island but are already facing a lot of issues. Ahead of the departure to West Indies, their pacer Lahiru Kumara was tested positive for COVID-19 and was ruled out of the whole tour.

Moreover, the newly appointed T20I skipper Dasun Shanaka hasn’t travelled with the team too due to transit visa issues in the United States of America (USA). He is yet to join the team with the three-match series set to start on March 3. And looking at the current situation, Sri Lanka Cricket (SLC) has decided to appoint Angelo Mathews as the stand-in captain. Here’s our full comeon betting app review and get some free tips from us.

Mathews has a lot of experience of leading the team and stepped down from the position a few years ago following Sri Lanka’s poor show in all the formats. Since then he has been playing only as a batsman or all-rounder at times depending on his fitness in terms of bowling a few overs.

As far as Dasun Shanaka is concerned, SLC, in a media release, cleared that the board is working with the concerned authorities t resolve the visa issue. He will join the team as soon as the visa issues in USA are cleared.  Take a look this cbts cricket tips and tricks.

“Shanaka confronted this issue pursuant to the loss of his passport, which had a valid visa for the USA stamped on it. Sri Lanka Cricket is working closely with the relevant authorities to get the visa issue of Shanaka sorted, quickly as possible. He is expected to join the team once the issue is resolved,” the SLC media release stated according to Cricbuzz.