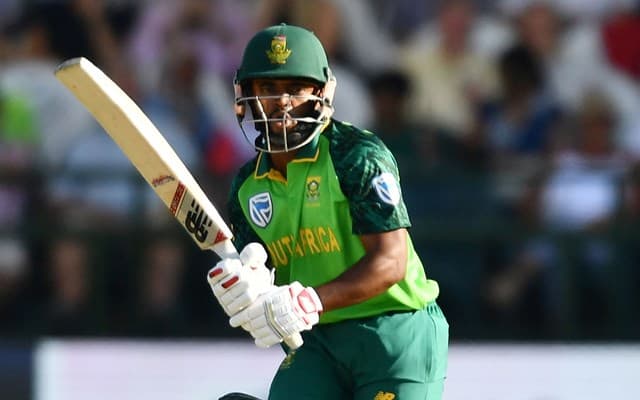 South Africa will be taking on Pakistan in a 3 match ODI series that will be followed by a 4 match T20I series. However, since the IPL is set to get underway in the second week of April, several South African players will leave the Pakistan series after the 2nd ODI to join their respective franchises. Check our full parimatch app review. Check how the app work.

The newly appointed South African skipper, Temba Bavuma, however, is unperturbed about the same. Bavuma said that South Africa have apt replacements for the players that’ll leave the series to play in the IPL. As many as 5 South African players including Kagiso Rabada, Anrich Nortje, Quinton de Kock, David Miller and Lungi Ngidi will fly to India after the 2nd ODI.

“It’s not as disturbing now that we are aware of the arrangement that is in place. For the first two games, we have got all our best players. It’s important that we get positive results. That’s not to say we are conceding the result in the third game. We believe we have got worthy enough replacements,” said the South African captain.

Bavuma, who’ll lead South Africa in two T20 World Cups and one ODI World Cup, said that he’ll look to define South Africa’s style of play and how they go about their business in the build up to the ICC Cricket World Cup in 2023.

“We have the opportunity now, building up to 2023 to the World Cup, to define our style of play and how we want to go about our business,” he said.  Here’s today cricket betting tips free. Learn from the betting experts.

“If you look at South Africa, we have always been a more than competitive ODI unit, even to the point where the guys have got to positions of No.1. For me, it’s about trying to define a style of play, create something that makes us accountable, and most importantly, to be able to institute that style of play in any conditions or any occasion,” Temba Bavuma added.

Pakistan have a poor record against South Africa and have lost 50 of the 79 ODIs they’ve played. In T20Is, they’ve fared much better and defeated the Proteas 9 times in 17 games.