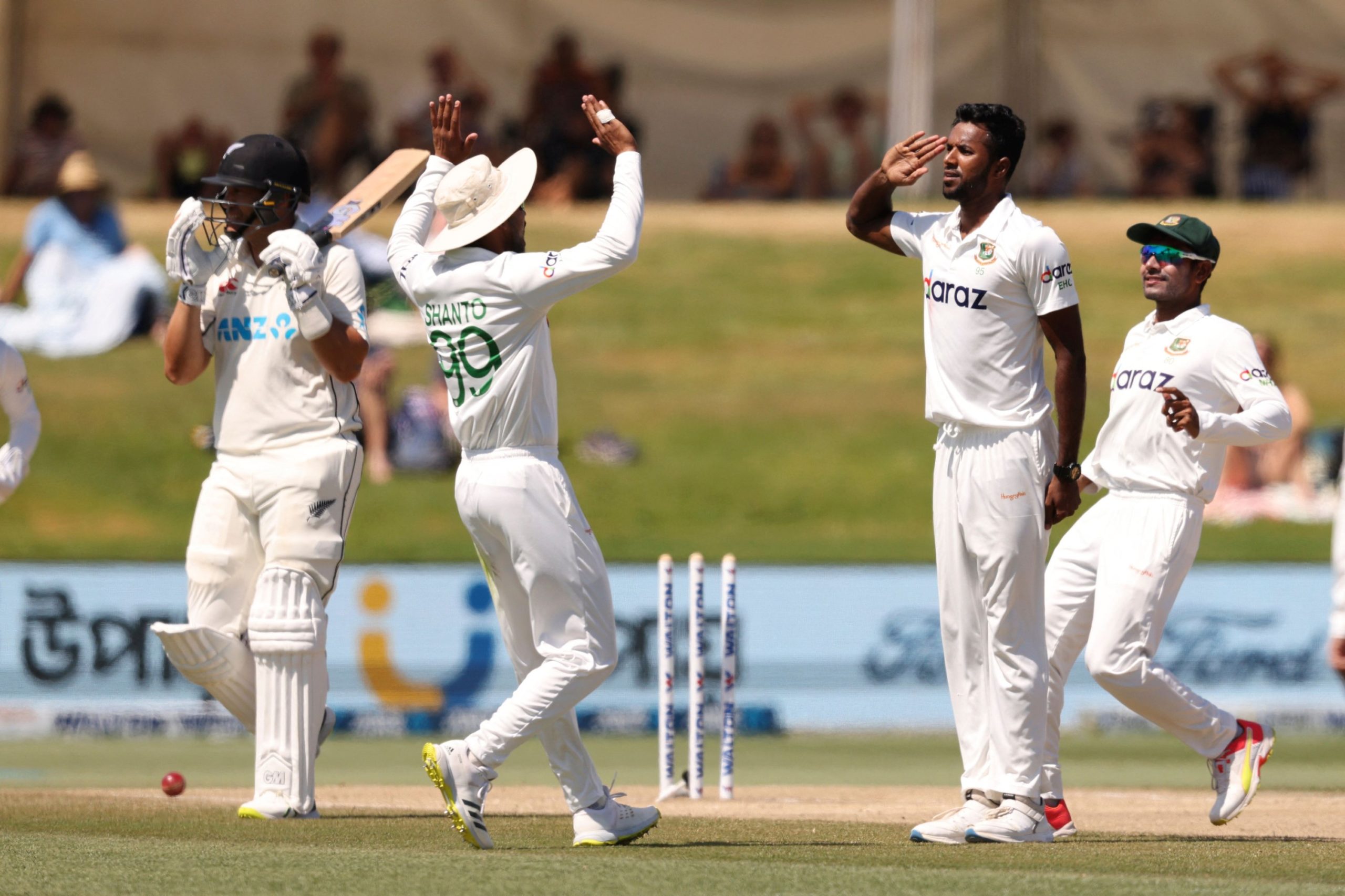 Bangladesh is a strange cricket team. It is very difficult to say where they stand in cricket right now. When Rubel Hossain knocked over James Anderson in the 2015 World Cup, it finally seemed like they had unlocked their inner potential which was, before then, itching to be let out. They had a few good years after that, putting in respectable performances in almost all major events. You can view all BBL match here.

Even in Test matches, they made rapid strides, including famous wins against England and Australia between 2016 and 2017. At this point, it appeared that a new cricketing power might have emerged on the horizon. A fiery Tiger, with a hoard of faithful supporters on its back. Although most of these matches were played in Bangladesh, improvement was improvement.

But it seemed to end there. Especially in Tests, Bangladesh never competed away from home. In fact, between 2010 and 2021, Bangladesh won just three matches away from home, two of them coming against Zimbabwe. Although there have been worse starts by a nation just entering Test cricket, the lack of fight was baffling. This was clearly an institutional problem. The socio-political problems back home are quite well laid out. The higher ups in the system have a say in almost everything, from team selections to pitch curation. 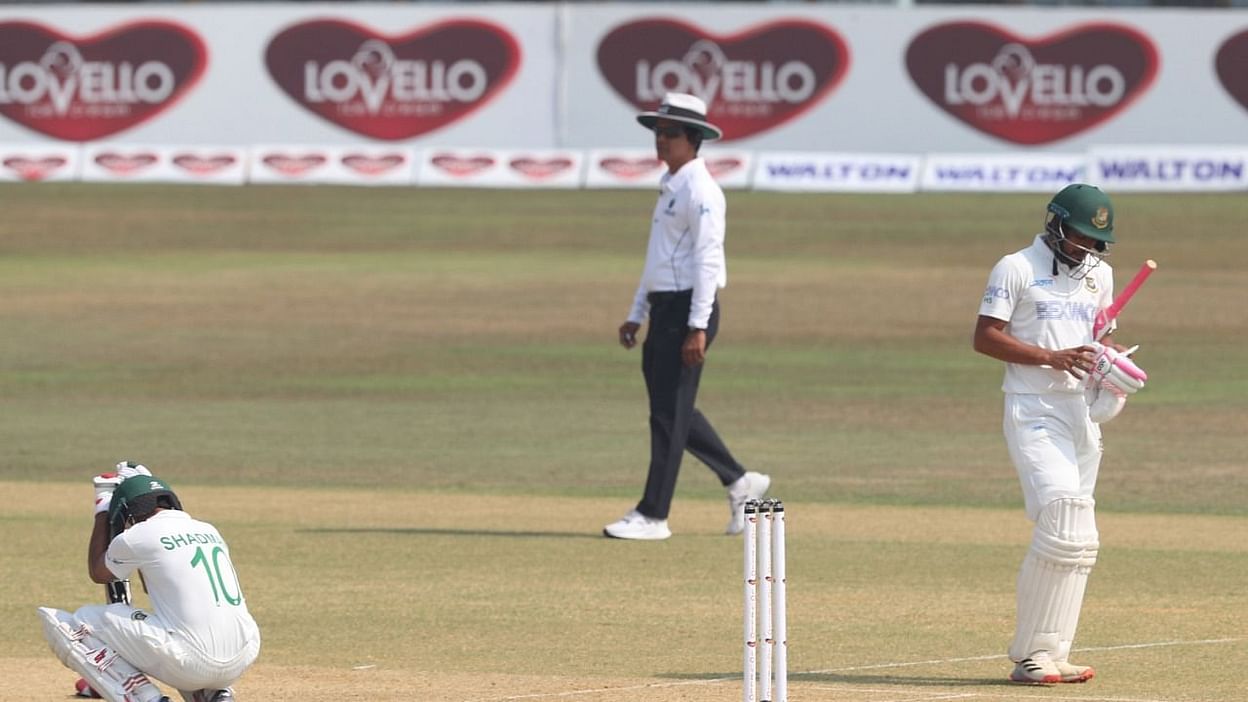 Pitches in Bangladesh are sad. Even their T20 skipper Mahmudullah despaired that the form of a batsman could not be judged on their performances at home. Strange thing to say considering that most players prefer to play at home, on the pitches they have grown up on. Bangladesh are well known for their crafty spinners. Abdul Razzak, Shakib al Hasan and Taijul Islam have all played for their country with a great deal of success. Before this match, there had been 62 five-wicket hauls by a Bangladesh bowler. Only six of them were by pacers.

“Careers will end if any batter plays 10-15 matches on these wickets. Let’s not take this into account.” – Shakib al Hasan

The logical thing to do then would be to change things up. Curate pitches that have a bit more life in them. Instead, the BCB continued producing dead pitches, focusing on short term, ego boosting victories. Throughout the school and first class system, all the way up to the International stage, the pitches remain more or less constant. Success comes with ambition. But to some extent, ambition comes with success too.  If you want to produce fast bowlers, give them some incentive to bowl fast. 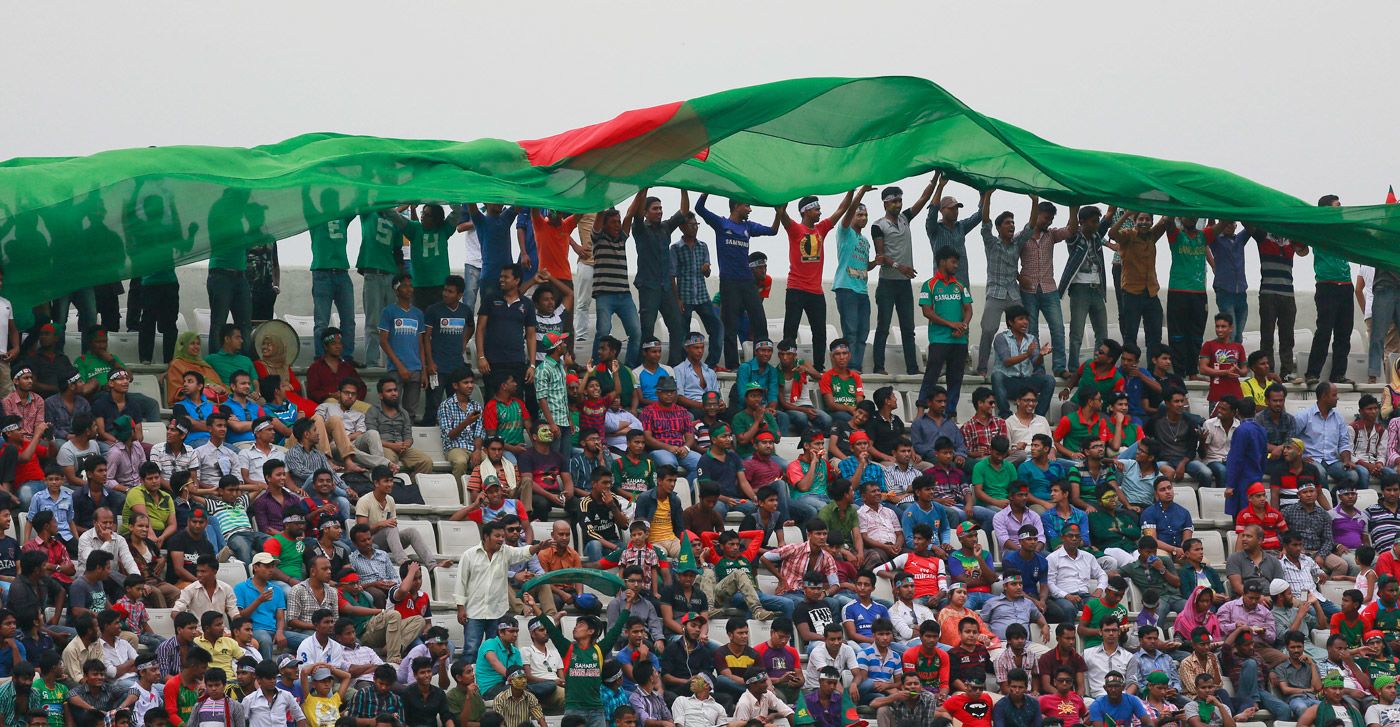 Even the young batmen coming into the side seem raw. Only one player who has debuted in the last eight years has an average of above 35 (Mosaddek Hossain). A prevalent reason behind this is because they are so used to playing on one type of pitch, that they cannot adapt even on good batting wickets. Their batting lineup is still held together by ageing stalwarts like Shakib, Mominul Haque and Mushfiqur, who were part of the system when it was better run.

When a Bangladesh team went away from Asia, no one ever expected to compete. Their spinners, so used to the dust bowls at home, hardly served any purpose. The fast bowlers, who don’t have much of a role at home, were suddenly tasked with the bulk of the responsibility. Though Bangladesh hardly played Test cricket, they disappointed in their limited opportunities.

Bangladesh turned up in New Zealand for their first Test series of 2022. On one hand, you had the World Test Champions, and a mighty force at home. Ajaz Patel, who picked up all 10 wickets in his previous Test, was not even named in the squad. On the other,…. Bangladesh. Perennially horrible travellers and a team that was disgraced in the T20 World Cup a few months prior. Their main strength, the spinners have never been much good abroad. To top it all off, they were missing Shakib, Tamim and Mahmudullah who had a total of 173 caps between them.

However yet, the match started. Bangladesh won the toss and surprised a few people by choosing to bowl first. At 227/3, New Zealand were well set to send the Tigers on a hunt for leather. But they fought back, and fought back hard. The combination of some disciplined bowling and attacking lines set up an around par total of 328.

In response, Bangladesh started well, putting on 43 for the first wicket in 18.1 overs. After the opening stand was broken, Najmul Hossain Shanto joined Mahumdul Hasan Joy in the middle. The pair stitched together a partnership of 104 runs. Fifties by the pair, skipper Mominul Haque and Liton Das guided Bangladesh to a lead of 130. Mehidy Hasan Miraz added some quick runs at the end to finish the innings on 458. 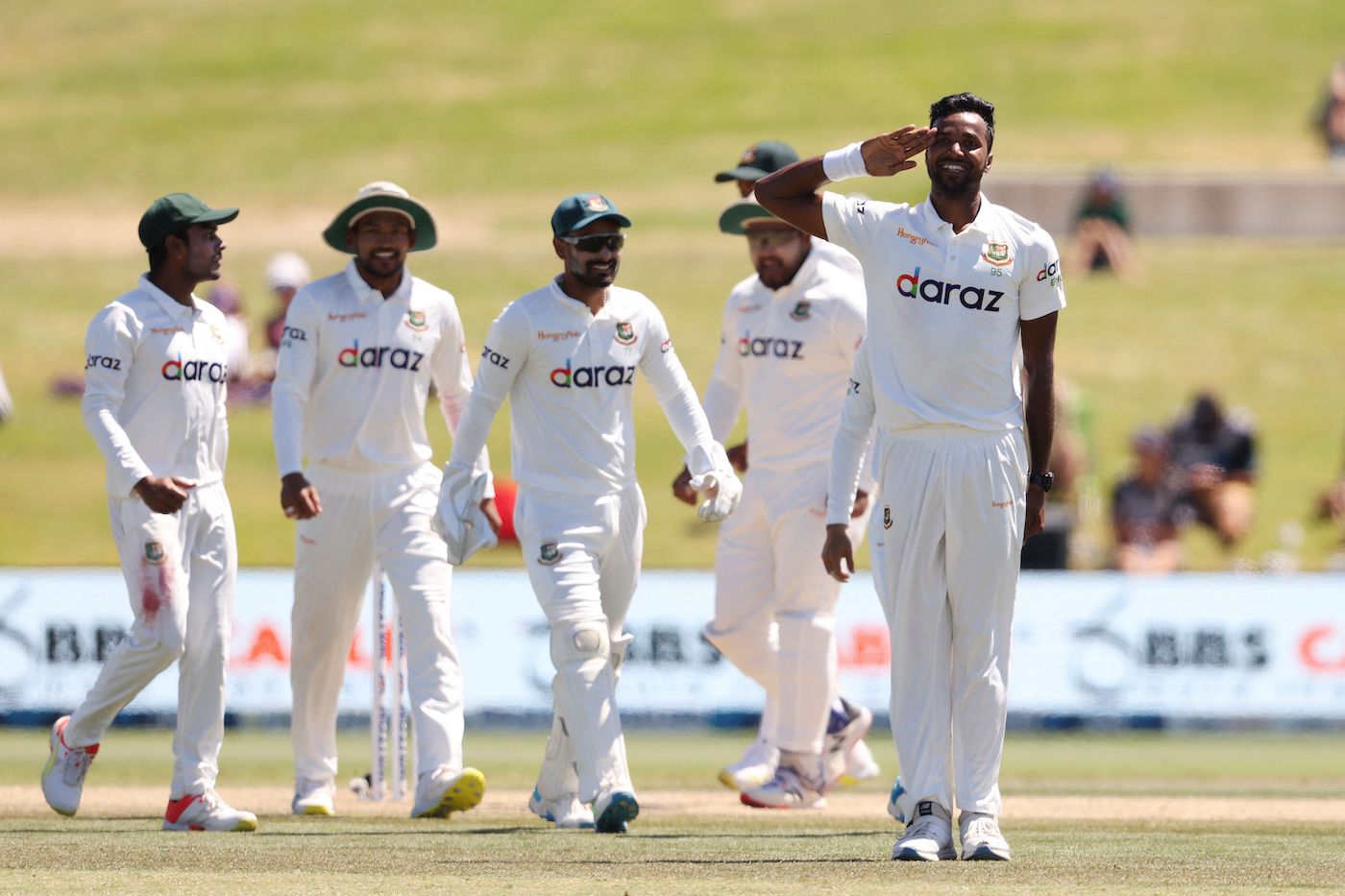 New Zealand were rolled over for 169 in their second innings. Credit for this capitulation deserves to go to Ebadot Hussain, who came into this match with an average of 81, the worst for any bowler with more than ten wickets. In fact, before that innings, he had never even picked up more than three wickets in an innings. It was a beautiful spell of seam bowling, showing off both swing and seam showcased by the fact that he drew multiple edges before he eventually picked up a scalp.

Ebadot has always been a fighter and a proud servant of Bangladesh. He was in the air force before moving to cricket and even captained Bangladesh’s Volleyball team. Those skills were need when New Zealand were well placed at 136/2. He picked up Young, Nicholls and Blundell to truly turn the game on its head. Four of the last six batsmen bagged ducks and all Bangladesh had to do to create history was chase down 40. They did so duly, albeit for the loss of two wickets. But that doesn’t matter.  Read more here about cricket betting tips.

Bangladesh pulled off something very special. Not often are there upsets in Test cricket, especially not against World Champions that have a 17 match winning streak at home. What this will do for fans at home is give them hope. After diligently supporting their team through thick and thin, often ending with disappointment, this victory will be like a gulp of fresh water. 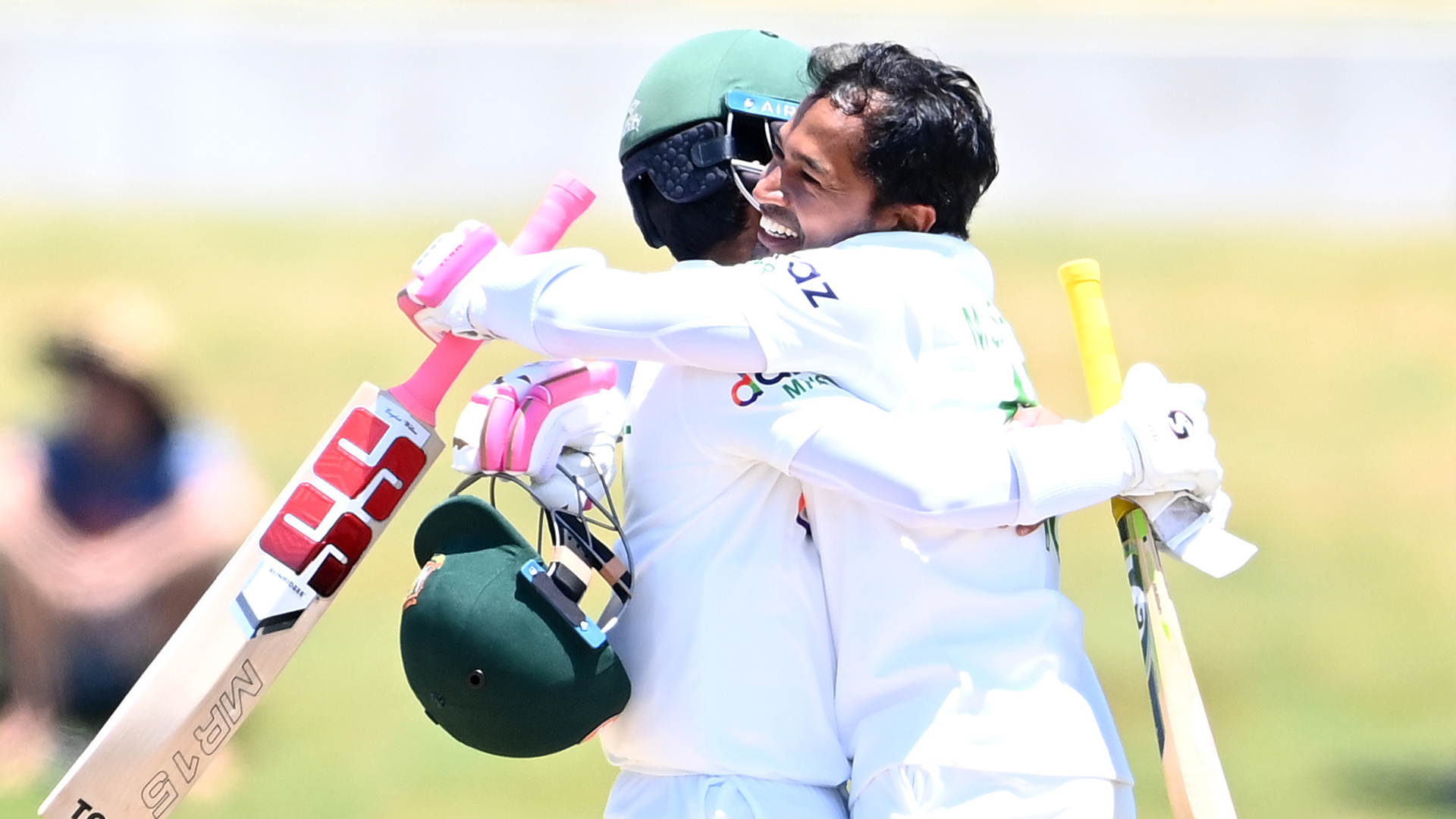 Children at home will see Ebadot Hussain’s efforts, and will want to replicate it. Higher authorities will lament about what could have been. Well, they must focus on what can be. A little more help at home will see young pacers Taskin, Shoriful and Ebadot take their games to another level. Their batting, though unstable, will look back at this win with pride. Big first innings runs are always important, even more when they come against Southee, Boult and Jamieson. With Liton Das coming into his own recently as well, there is hope that it is the start of something big for the batting lineup as well.

This doesn’t suddenly flip things. It doesn’t make all Bangladesh’s shortcomings go away. What it does do is provide an incentive for change. Change in the system and change in mentality. Hopefully, it starts now. World cricket needs another powerhouse on the world stage, at a time where several teams are dropping out of that race. To understand just what this performance means, all you have to do is hear Ebadot’s post match interview:

“Our brothers and teams didn’t win in New zealand for the last 21 years. We set a goal this time.

One must be wary yet, Bangladesh know how to make anyone look stupid. They could roll up in Christchurch and look totally out of their depths. The Kiwis will be vying to make a comeback and save their streak of eight Test series wins at home. If Bangladesh can recreate the miracle of Mount Maunganui, rest assured, we will have something special on our hands.  Here’s today’s cricket prediction.