Home » News » ‘What did you do in quarantine?’ – Marnus Labuschagne quips Rohit Sharma while fielding at short leg

‘What did you do in quarantine?’ – Marnus Labuschagne quips Rohit Sharma while fielding at short leg 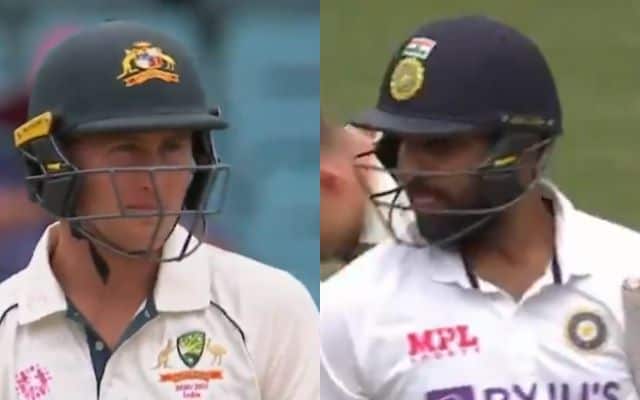 India’s 2018-19 tour of Australia was a memorable one for the visitors as they won the Test series Down Under for the first time ever. The tour is still remembered for another aspect and that was the on-field banter between the two teams. Rishabh Pant and Tim Paine’s babysitting chat was caught on the stump mic and it went viral. Read our most recent 1xbet ipl review here.

This time around, the first two Tests didn’t have much of a banter. But come the third Test, the on-field chit-chatting has started with tension mounting in order to take a lead in the series. Marnus Labuschagne has taken the mantle this time it seems as he was constantly in the ears of Indian openers Rohit Sharma and Shubman Gill on the second day of the ongoing Sydney Test.

When the former was on strike, Labuschagne, while fielding at short leg, was constantly saying something and in a bid to have a conversation with Rohit, he ended up asking him what he did in the quarantine. Notably, Rohit Sharma was in quarantine for 14 days after reaching Australia and then joined team India for the last two Tests after the second game of the four-match series.


Rohit Sharma didn’t respond to Labuschagne at all

“What did you do in quarantine?” Marnus Labuschagne quipped Rohit Sharma during India’s first innings of the Sydney Test. This was not all, as the 26-year-old was also saying something every now and then to get into Rohit’s head. “This is a catch. A Catch here,” he said when India’s vice-captain was on strike. On another occasion when Josh Hazlewood’s one of the deliveries stayed low, Australia’s number three shrieked,” Aww that’s a lowey.”

Keeping aside the banters, the third Test between India and Australia is nicely poised as the visitors ended the day on 96/2 in reply to the opposition’s 338. Steve Smith hogged all the limelight thanks to his impeccable 131 with the bat.