Home » News » “Whenever We Need Them, They All Get Out”-  Kapil Dev Criticizes Virat Kohli, Rohit Sharma and KL Rahul

“Whenever We Need Them, They All Get Out”-  Kapil Dev Criticizes Virat Kohli, Rohit Sharma and KL Rahul 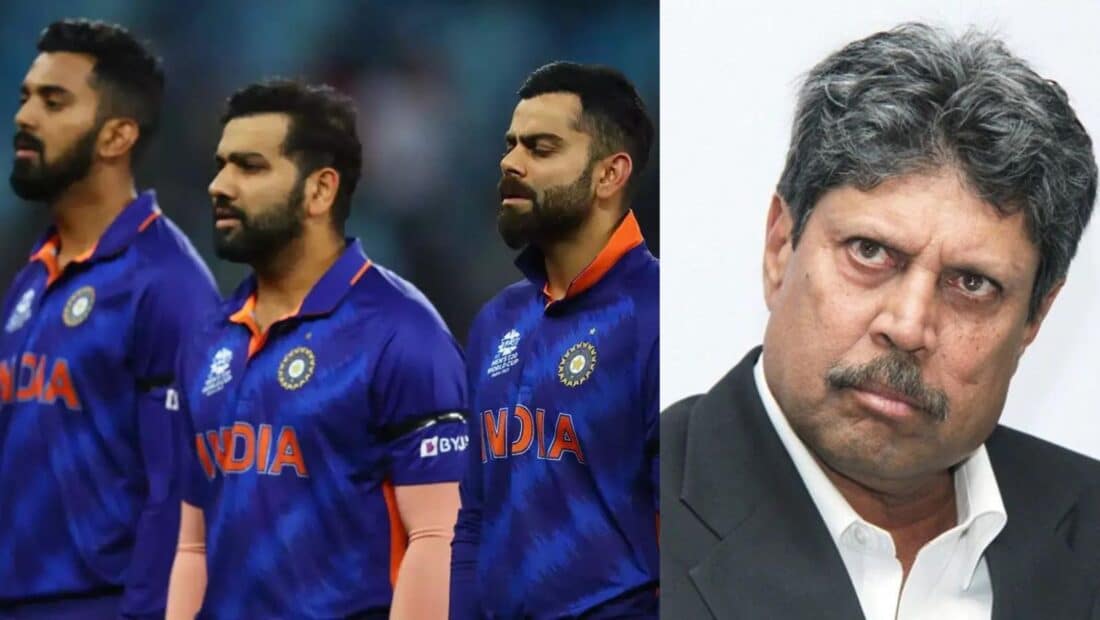 The Indian team is one of the top-ranked sides in the world right now. But the biggest concern is that the Men in Blue have not won any major ICC tournament for more than a decade. With the two world cups coming in the next 18 months, the hopes are still there for the team. But the problem is the batting form of the Indian top-order. Skipper Rohit Sharma and former skipper Virat Kohli are going through a very tough time. And when it comes to any major tournament, KL Rahul hasn’t had good numbers under his belt. Looking for more online betting sites in India for the 2022 season? Read here.

That is one of the reasons that India has struggled in big tournaments. Former World Cup-winning skipper, Kapil dev, has slammed the trio of India’s batting order. He has also highlighted the performance of these three batters is not as per expected when it comes to big games.

“Whenever we need them to score runs, they all get out” – Kapil Dev

Notably, the IPL 2022 hasn’t been great for two stalwarts of Indian cricket. Both Virat Kohli and Rohit Sharma failed to deliver any match-winning performance in the entire season. The MI skipper failed to cross the 50-run mark in the entire season and scored only 223 runs in 14 innings at an average of 19.14. That was one of the reasons for MI finishing the season at the bottom with 10 defeats. On the other hand, Virat could only manage two half-centuries and scored 341 runs at an average of 22.73. Apart from a knock of 79 runs against GT, he couldn’t have much impact on the season.

Speaking of KL Rahul, the LSG skipper ended the season as the second-highest run-scorer with 616 runs. But his slow innings against RCB of 79 off 58 in the first qualifier were criticised by many. In an interaction on the YouTube channel of UNCUT, Kapil slammed these three players. He said,

They have a big reputation and there’s huge pressure on them, which shouldn’t be the case. You have to play fearless cricket. All of these are players who can hit at a strike rate of 150-160. Whenever we need them to score runs, they all get out. When it is time to take off (in the innings), they are out. And that adds to pressure. Either you play an anchor or you play striker.”

He also spoke about KL Rahul and said that if he is playing the entire 20 overs, you can’t score 60 runs. Kapil pointed out that Rahul needs to change his batting approach and if he can’t, then he should be replaced. He concluded that one needs to deliver as well for a team, and having just a big reputation is not enough.

Read 10cric reviews here and learn more about how to use this app for online betting.