Home » News » Who Can Improve India’s ODI Side?

Who Can Improve India’s ODI Side? 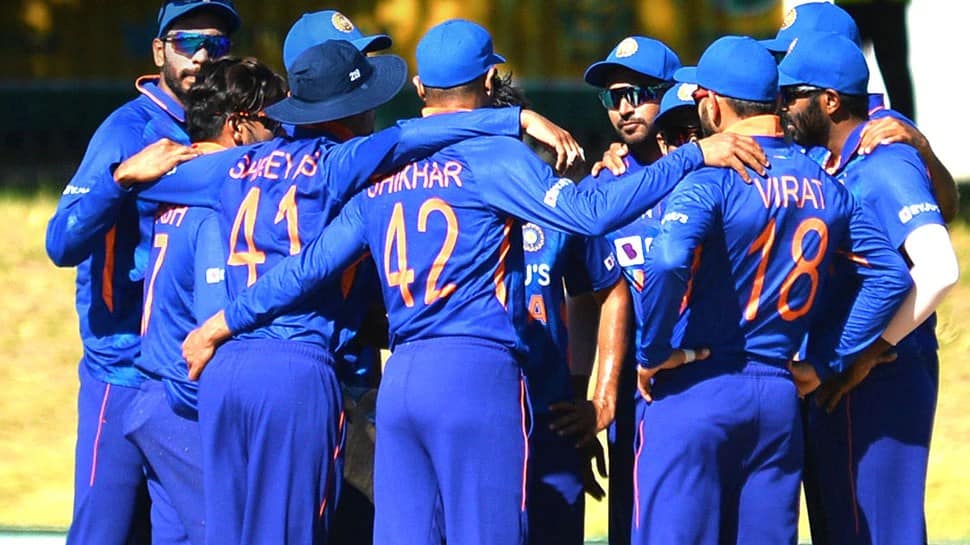 The Indian team seems to be going through somewhat of a transition phase. With a change in leadership, in both Captaincy and Coaching, the side does not look as assured as it once was. In their last 15 matches in the format, India has won just five. It has to be considered here that most of these matches were either away from home or when they were not at full strength. But for a rampant side, that seemed destined for World domination, the results have been far less than ideal.

Virat Kohli, their inspirational leader, was recently replaced as ODI captain. Under him, India had a staggering win percentage of 70.43, losing only 27 games in an eight-year period. Even Rohit Sharma, who stood in at times, won eight out of his ten matches as captain. With the baton of leadership passed down to him permanently, the 35-year-old will be looking to get his side back on track.

In this article, we will take a look at what has been plaguing one of world cricket’s greatest forces. We will also try to address the major issues and glance at a few players who could be in line for a cap. Keeping the 2023 ODI World Cup in mind now is the time to start blooding in a reliable core. That being said, here is what should be on Rohit and Dravid’s bucket list. Get free cricket betting tips. See more here.

The Search For an All Rounder

India’s search for a true all-rounder is akin to sparking the burning embers of a flame. While Ravindra Jadeja continues to burn bright as ever, his absence leaves the management compromising on either batting or bowling. When he plays, he gives a captain ten solid overs and a reliable bat at seven. India tried Ashwin and Thakur on India’s most recent tour, but neither looked the part.

Hardik Pandya’s Injury may mean that he gives up on bowling altogether. Shardul Thakur and Deepak Chahar though, have shown glimpses of their potential. But neither has what it takes to bat at number seven as of now. Their techniques are flawed but with guidance, they could be groomed into the role. Venkatesh Iyer has not quite developed as a bowler and Washington Sundar needs more game time. Going in with six bowling options exposes a fragile middle order, and puts pressure on the top three. What further aggravates this problem is that no batter in the top five bowls. At this point, it is a choice between deep batting and an extremely shallow one.

In an ideal world, Pandya comes back into the side and bowls his full quota. Since that seems a long time away, India will have to look at other options. Venkatesh Iyer looks promising but needs to work on both skills to stake a permanent claim in the side. Axar Patel’s and Washington Sundar’s batting must be considered seriously, as Jadeja won’t be around forever.

Himachal Pradesh’s experienced captain Rishi Dhawan is also another one who should be monitored. In the 2021-22 Vijay Hazare Trophy, the 31-year-old scored 458 runs at 76.33. Along with that, he was also their star bowler, taking 17 wickets at 23.35. Having made his India debut back in 2016, the time seems right to give him another go, when he is in his prime. If you are looking for best betting apps then check it here.

This problem is not new to Indian cricket. Ever since the Ambati Rayudu fiasco of 2019, the men in blue have struggled to find players who can complement the top order. Their experiment with Rahul at five worked briefly, but his desire to bat at the top leaves the management in disarray. With Rohit returning, and Dhawan staking a claim in the side with his performances, it is unclear where Rahul goes from here.

At the moment, India has a rotating door for middle-order players. Shreyas and Venkatesh Iyer, Ishan Kishan, Suryakumar Yadav, and Sanju Samson have all walked the plank. None have cemented their spot, and have been a part of several batting collapses. Kishan and Yadav have been constantly shifted around the order, and Shreyas Iyer has his weaknesses. Throw in Hardik Pandya and Rishabh Pant, and the problem seems to amplify itself. Being the designated wicket-keeper means that only Pant is assured a spot for the time being.

However, this issue seems more resolvable. Rohit’s return should see Rahul move back to the middle order, where he averages 51.08 at a strike rate of over a hundred. Behind him, Pant and Jadeja should provide more than enough batting. Ideally, the number five should offer a bowling option, hence putting both Iyers and Pandyas in contention.

Bhuvneshwar Kumar’s drop-off in the past few years has seen India struggle to pick up early wickets. Since the 2019 World Cup, India has played 23 ODIs and only picked up 13 wickets in the first ten overs. None of the bowlers, including Jasprit Bumrah and Mohammad Shami, have seemed like troubling the batsmen. This is an immediate cause of worry for the World Cup Semi-Finalists as a lack of wickets upfront often means that you are chasing the game from the get-go.

While Jasprit Bumrah seems to be getting back on track with the white ball, Kumar’s days as an international cricketer are numbered. Constant injury has meant that he played only seven games in the last 2 years. In that time too, he has been unimpressive, picking up 9 wickets at 42.55. The emergence of Deepak Chahar as an attacking option saw Kumar dropped for the series against the West Indies. And it’s not just been pace. Yuzvendra Chahal and Kuldeep Yadav revolutionized middle-order bowling from 2017 to 2019 but have fallen off a cliff in the last two years. Since the 2019 World Cup, Chahal has averaged 36.40 and Yadav a whopping 67.45. Even Ravindra Jadeja’s bowling has taken a downturn, though his place in the side is not under scrutiny.

India must look beyond Bhuvneshwar Kumar as the third seamer. Mohammed Siraj has been a powerplay specialist for RCB in the last few years and should be blooded in as soon as possible. Other options could be Tamil Nadu’s Sandeep Warrier or Bengal’s Ishan Porel. Leg spinners Ravi Bishnoi and Rahul Chahar, who have had impressive starts to their careers, should be in the mix for the spinner’s role along with Chahal and Yadav.

With the ODI World Cup on the horizon, Rohit and Dravid have quite a bit on their plate. It is important to note that this is not a bad team, merely one with flaws. A stable top order, an excellent frontline all-rounder, and Jasprit Bumrah remain the side’s biggest strengths. With a time of the essence, the upcoming West Indies series should provide the management with a chance to experiment with insight into the results. For the long term, results should be the aim, however bumpy the ride to get there. Here are some cricket prediction apps for any smartphones.