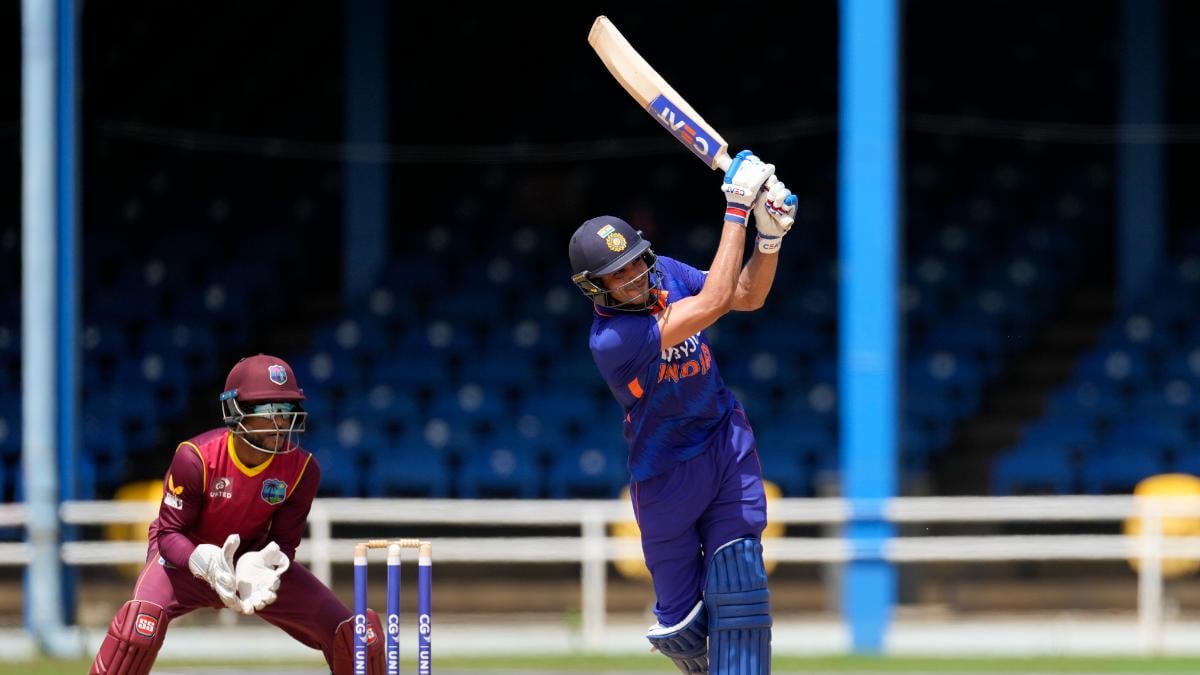 WI VS IND: After showcasing an excellent batting performance in his maiden ODI match, Aakash Chopra lauds Gill for his first half-century. In his very first match, Shubman Gill achieved his first half-century in the fifty-over format. It was the opening match of the India tour of the West Indies. Shubman Gill had his last ODI appearance in 2020 against Australia. Are you seeking the official betting sites in India? Learn how to find the right one for you and explore your sports betting options.

He was a surprising selection from BCCI selectors. In recent times, we only have been witnessing him on the test cricket circuit. And when Ishan Kishan and Ruturaj Gaikwad are in the squad, no one thought that Gill will get a chance to play. The youngster opened the innings along with Shikhar Dhawan. And this pair made a partnership of 119 runs. In this pair, Gill was the man who had been showing aggressive intent in his batting.

And after facing 64 balls, Shubman Gill enjoyed his half-century. He scored 64 runs in 53 balls. This inning includes six boundaries ad two sixes. It was a great example of a comeback. After the match, Aakash Chopra came up with his analysis. There he talked about the eye-catching knock from Shubman Gill. Chopra mentioned that Gill has missed a chance to get a century. But hopefully, he will achieve this fest also in the next matches. Further, Chopra said that the run-out of Gill had disappointed him.

WI VS IND: Aakash Chopra on The Remarkable Performance of Shubman Gill

“Shubman Gill batted extremely well. The way he started with the drive, after that the punch, and the straight six he hit, he is brilliant. When he bats, it seems he is million-dollar. A half-century is a fantastic return but in my opinion, it was a century missed, an opportunity not lost but definitely missed because you were playing very well, the opposition team was down, the wrestler had fallen and you just had to crush him,”

He added that the way he lost his wicket was a lazy allegation. It was an easy run and it was his call. But the young guy failed to even reach the other end. He lagged behind such a huge margin, put in the dive. Coming to the match, was a thrilling start to this series. The match went to it finally over. After winning the Pooran asked visitors to bat first. Everyone has contributed from the Indian side. After the fifty overs, India put a target of 308-run against the Caribbean side.

Once again in the match, one opener batter went for long. And it was Kyle Mayers from the West Indies side who score 75 runs in 68 balls. Then with the help of middle-order and down-order, West Indies brought the match to its finally over. But Mohammad Siraj saved Team India where he defended the last over very well against Romario Shepherd. Finally, India won the match by just 3 runs. And he was Shikhar Dhawan who got the player of the match reward for his 97-run knock.

Here are more sources of our VIP betting tips created to help Indian punters get the most out of their cricket wagers.