Home » News » WI VS IND: Dinesh Karthik Happy with the Winning Start in the 1st T20I

WI VS IND: Dinesh Karthik Happy with the Winning Start in the 1st T20I 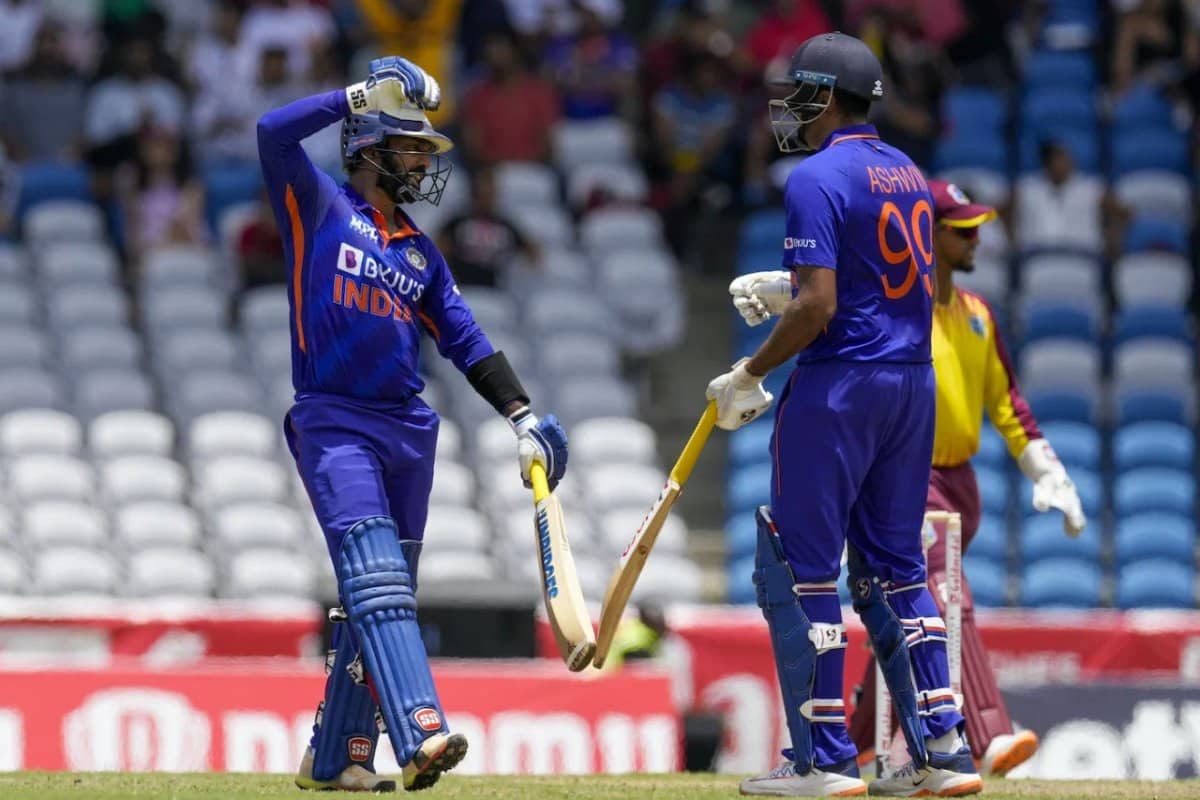 WI VS IND: Veteran India wicketkeeper-batter Dinesh Karthik has expressed his happiness after Team India defeated West Indies by 68 runs in the first T20I of the five-match series on Friday (July 29). Karthik, who has returned to the Indian squad for the T20Is with a bang recently, has done well in the Caribbean, scoring a quickfire 41 not out off just 19 balls to help India put up a massive total of 190 for 6 after being put into bat. Seeking official betting sites in India? Learn how to find the right one for you and explore your sports betting options.

His innings set the tone of the match for the visitors after India’s middle-order failed to build on the start given by captain Rohit Sharma (64 off 44) as well. However, India’s bowlers then successfully restricted West Indies to 122 for 8, where the veteran spinner Ravichandran Ashwin, Arshdeep Singh, and Ravi Bishnoi took two wickets each as well.

“Turning on the heat. Good to start off the series with a win!” Karthik, the Player of the Match, tweeted.

While Dinesh Karthik is considered one of the best finishers in the shortest format and he has shown his skills many times, Rohit Sharma has said that he was pleasantly surprised by the team’s late charge at Brian Lara Stadium, Trinidad.

“We knew it was going to be slightly tough, the shot making wasn’t easy at the start. The guys who are set need to carry on for longer and the way we finished off the first innings was a great effort,” Rohit Sharma said after the match. “When we finished the first 10 overs, we didn’t think we could get to 190. It was a great effort from the boys and a great finish. There are three facets of the game which we are trying to improve. We have got to try and back the ideas about executing it with the bat. We want to try certain things and all in all I thought it was a great effort.”

Meanwhile, with the victory, Team India took their win-loss record to 14-6 against West Indies. India have now won their last five T20Is against the West Indies. The teams will play the second T20I on August 1 at Warner Park, Basseterre in St Kitts as well.