Home » News » WI vs IND: “Embarrassing to Watch”- Twitter Reacted to Shubman Gill Got Out After Trying to Play a Scoop in 2nd ODI vs West Indies

WI vs IND: “Embarrassing to Watch”- Twitter Reacted to Shubman Gill Got Out After Trying to Play a Scoop in 2nd ODI vs West Indies 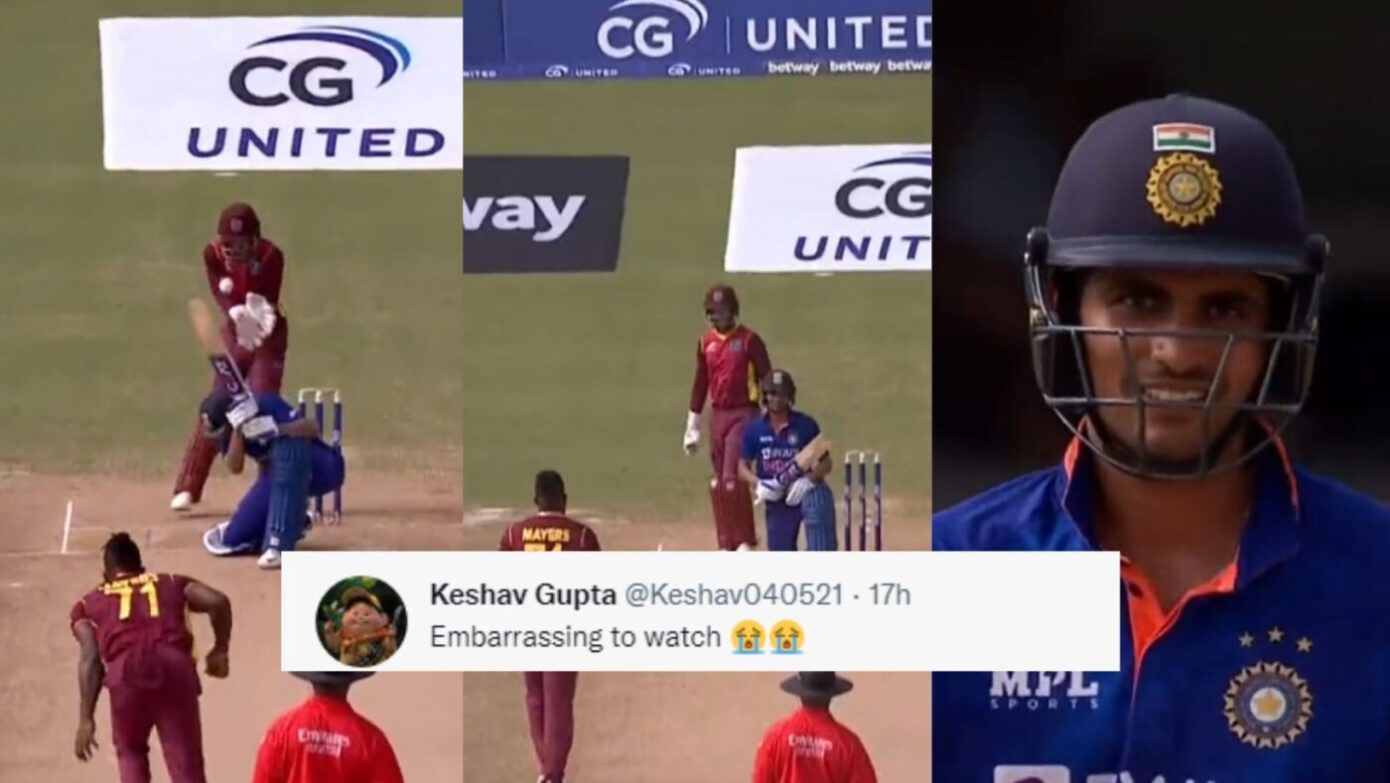 WI vs IND: After watching the first ODI with a close finish, the fans were treated to yet another nail-biter in the second ODI between India and West Indies on Sunday. Both teams have now crossed the 300-run mark in both games. It was the second successive time in two matches that a game went down to the wire. The result came in the very last over of the match. And it was the visiting team that came out victorious with the heroics of Axar Patel. Here are some players to watch out for in the three-match series. Are you looking for legal betting sites in India on the go? If yes, read more here.

However, the home team won the toss and elected to bat first. They had a really good start with Shai Hope scoring a century. Notably, it was his 100th ODI game and he became only the 10th batter to reach a hundred in the 100th ODI. He scored 115 runs, and skipper Nicholas Pooran also made 74 runs. West Indies made 311/6 in their 50 overs.

India had a rather slow start, but skipper Shikhar Dhawan couldn’t do much and got out after scoring 13 runs off 31 balls. Shubman Gill, who looked good, got out in a weird way. He tried to play a scoop off Kyle Mayers but couldn’t connect properly.

As a result, the ball just blew in the air and the bowler took an easy catch. It was a bizarre dismissal for the young opener, who was looking good at 43 runs.

However, it looked like Gill was trying to be cheeky and take advantage of the pace of the bowler. But he totally miscued it and it didn’t look good either. Fans were also shocked to see such a kind of dismissal and shared their shocking reactions on Twitter.

For India, Shreyas Iyer (63), Sanju Samson (54) and Axar (64*) were the stars with the bat. In the bowling department, Shardul Thakur picked up 3/53. Both teams will now move to face each other in the third game. The third match will kick off on July 27, Wednesday at the same venue at the same time. It will be a good opportunity for India to try their bench strength as they have already won the series. But for the West Indies, they will play for their pride and to avoid the 3-0 whitewash. Want to bet on cricket on the move? Discover more betting apps in India here on our site.