Home » News » WI vs IND: “It’s Because They Want to Fit In Virat Kohli in the XI”- Ex-Indian Cricketer’s Huge Claim on India’s Strange Strategy

WI vs IND: “It’s Because They Want to Fit In Virat Kohli in the XI”- Ex-Indian Cricketer’s Huge Claim on India’s Strange Strategy 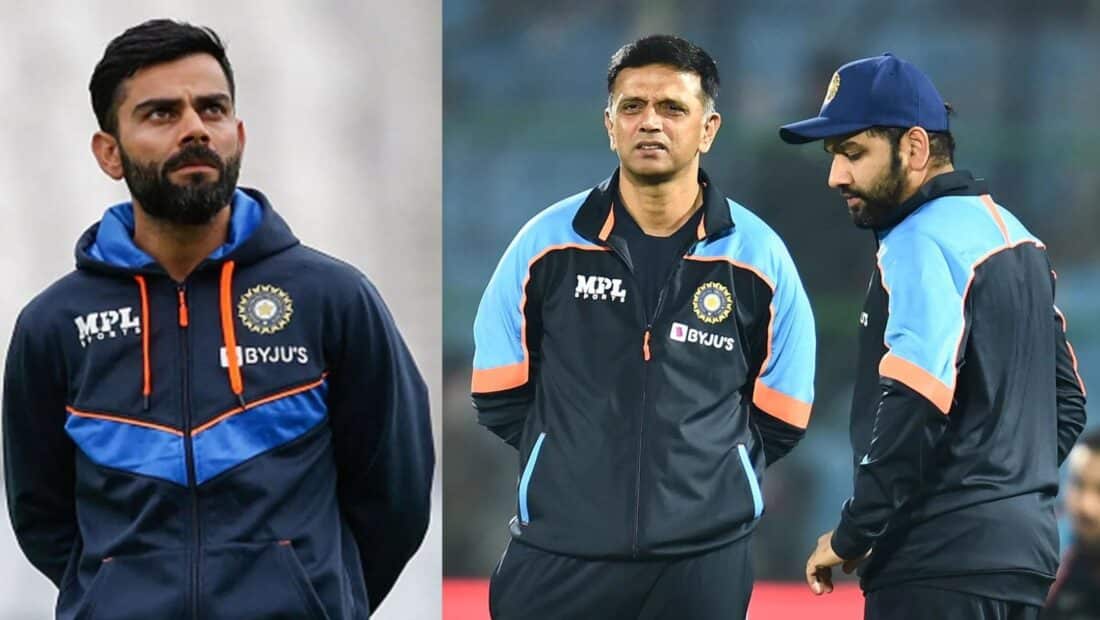 WI vs IND: India managed an easy win over West Indies in the first T20I on Friday. The match took place at a new stadium, Brian Lara Stadium. However, it ended in the favor of the visiting team. The Rohit-led team thrashed the hosts by 68 runs to take a 1-0 lead in the five-match T20I series. It was West Indies that won the toss and elected to bowl first. India had a decent start but lost momentum in the middle with some quick wickets. Seeking official betting sites in India? Learn how to find the right one for you and explore your sports betting options.

Skipper Rohit Sharma was solid at one end and scored his 27th T20I half-century. He was looking good but got out after scoring 64 runs off 44 balls with 7 fours and two sixes. At one point, the visitors were at 138/6 with four overs remaining. But then came a brilliant cameo from the bat of veteran wicket-keeper, Dinesh Karthik.

He played an unbeaten knock of 41 off 19 balls, with four boundaries and two maximums. DK helped India reach a big total of 190/6 in 20 overs. In reply, West Indies showed some intent early on but then lost some quick wickets in power-play overs. And after that, it was all shown by the Indian spinners. For India. Ashwin, Arshdeep, and Ravi Bishnoi picked up two wickets each. As a result, India restricted the opposition to just 122/8, winning the match by 68 runs. Are you looking for the best betting apps on the go? If yes, read more here.

WI vs IND: “That’s happening because they want to try and fit in Virat Kohli” – Parthiv Patel

However, India registered a fairly comfortable win last night, but one thing caught the eyes of many. Notably, despite picking a regular opening batter, India shifted middle-order batsman Suryakumar Yadav to open with Rohit Sharma. It made many people think about India’s tactics and plans. In the last T20I series against England, it was Rishabh Pant who opened with Rohit. Earlier in the home series, we saw Ishan Kishan open with the skipper.

Former Indian wicket-keeper Parthiv Patel tried to figure out the plans and shared his views. In a discussion on Cricbuzz, he said that he wanted to see Virat play against West Indies. He said that this was the right opportunity for him to regain his form. Parthiv added,

“Shikhar Dhawan, Shubman Gill came back to run-scoring with almost a run-a-ball. Virat is a legend of the game. And all these changes we are seeing in the opening order, that’s happening because they want to try and fit in Virat Kohli in that XI. That’s the reason we are seeing Surya and Rishabh Pant opening. That’s something I feel.”

The BCCI gave a break to Virat Kohli for the tour of the West Indies. He was with the team on the England tour and played in all three formats. But he struggled to score runs, as in six innings he just went past the 20-run mark once across all three formats.